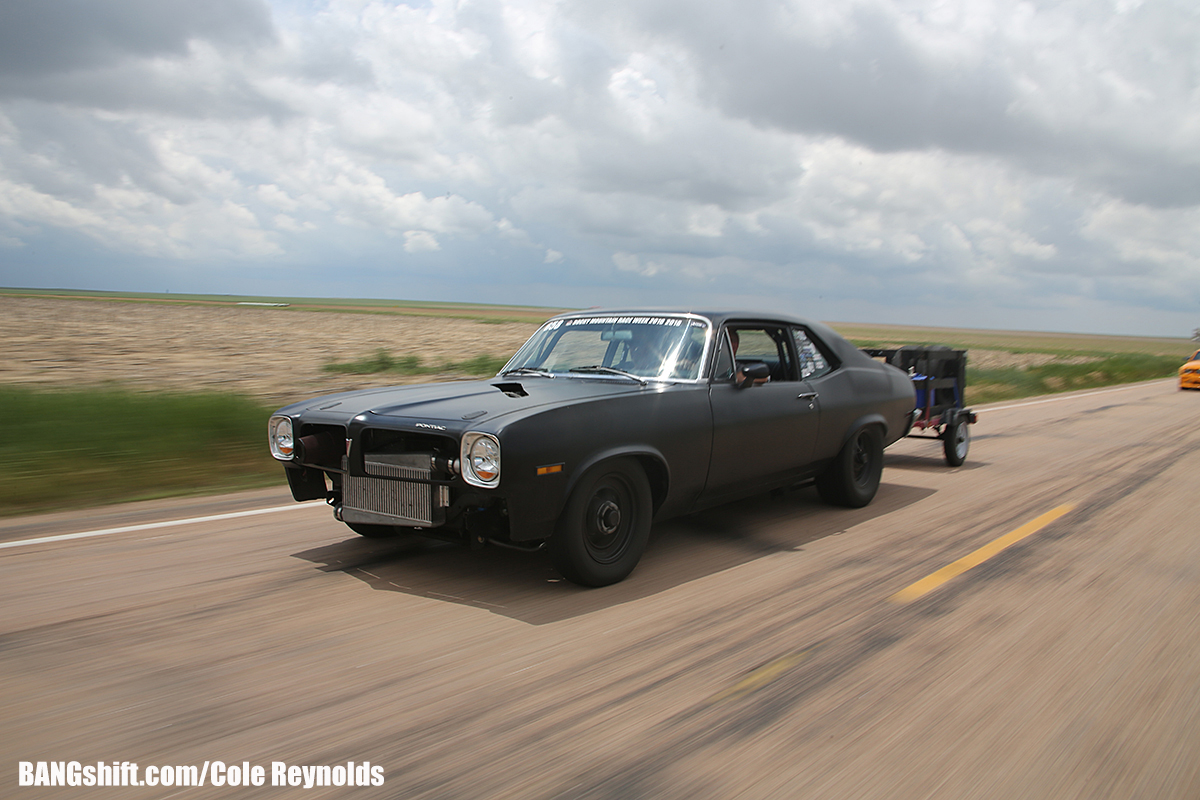 (Photos by Cole Reynolds) Day 4 of Rocky Mountain Race Week 2019 is on! As a full travel only day, this was one of the days to let it all hang out and enjoy the beautiful countryside that Colorada and Nebraska have to offer. We started off eating a great breakfast at a local cafe and then heading on down the road. We hit 4 checkpoints today, including two with food, and the final was at Blueprint Engines in Kearney Nebraska where a couple of the managers smoked two whole hogs and 8 pork shoulders. This was going to be some food, something we were certainly looking forward to after driving for more than 400 miles yesterday.

With more than 200 cars attending the 5th Annual Rocky Mountain Race Week this week, it is a site to see. Cars from all over North America, and even some from Australia, are competing for big cash and bragging rights as Rocky Mountain Race Week travels through Colorado’s Rocky Mountains, and on through the western plains. We’re on the road with everyone racing my 1969 Camaro and having a great time after not having this car on the road for nearly 15 years. This is a fun week, even if it is a lot of work to get here and compete all week long. This is an event like none other, although most folks will compare it to Hot Rod Magazine’s Drag Week.

We’ve been a part of this event since its inception and can tell you that the growth we’ve seen has been great, but the event’s personality and flare are what really makes it amazing for us. This year we’re starting and ending in Pueblo Colorado’s Pueblo Motorsports Park, continuing on to Bandimere in Morrison Colorado, and then heading east to Kearney Nebraska. After racing in Kearney, we turn this whole train around and come back to Colorado for a day of racing in Julesberg. Since we start and end the event at the same track, we’ll spend our last night in Pueblo Motorsports Park on Friday to see who is going to be crowned the champions in each class and take home the big money.

If you missed any of our galleries, then CLICK THIS LINK TO SEE THE PHOTOS YOU MISSED.