Seized And Up For Auction: The Carpoff Collection Government Liquidation

Oct 23, 2019Bryan McTaggartBangShift NewsComments Off on Seized And Up For Auction: The Carpoff Collection Government Liquidation 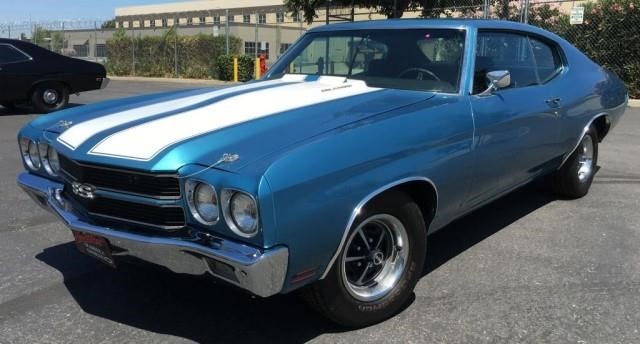 149 vehicles, many of which are dream machines that we’d donate body parts to science for, will be going up for auction on October 26, 2019 after being seized by the U.S. Government as part of an investigation into DC Solar and Jeff and Paulette Carpoff. The condensed version of why the government is involved goes like this: in June 2018, a whistleblower tipped off issues at DC Solar. That tip led to a December 2018 raid of the Carpoff’s home, the business, and started an avalanche effect that saw DC Solar go bankrupt. Among things found during the raids were over $1.7 million in Jeff Carpoff’s office safe, evidence of over $19 million in private jet service, and the purchase of vehicles that included fleet vehicles for DC Solar and some rather expensive purchases courtesy of Barrett-Jackson, including a Pontiac Trans Am formerly owned by Burt Reynolds. And don’t forget the properties purchased, either. Or the baseball team. Or the private box at a stadium. Or the stack of debts that included a bunch of missing payments to a lot of NASCAR entities, like Daytona, Chip Ganassi Racing and others.

The vehicles going up for auction are aspirational vehicles for the most part. There are a few Chevrolet Volts and Dodge Ram pickups that appear to be fleet-style purchases, but then there are the others…classic Chevrolet pickup trucks, four HMMWVs, a 1959 Chris Craft boat, a fleet of muscle Mopars that includes wing cars, a Charger 500 and a 440-6 ‘Cuda are just the tip of the iceberg. There’s a 2018 Prevost H3-45 RV that is a big-bucks home on wheels, Teslas, a Chrysler Airflow and a fleet of 1960s era Fiats. The money wasn’t theirs, and the Carpoffs were spending it like nobody was paying any attention whatsoever.

The Carpoffs have been accused of running a Ponzi scheme that may have raked in billions of dollars (at least $800 million for sure) and are facing wire fraud, tax fraud, and who knows what else after the government is done with them. But if you want to strike a deal on a collectable machine, now is the time to move.