If you have missed any editions of Sideways, with Rodney Prouty, click here to see them all and start from the beginning.

Apparently I knew I wanted a Pro-Touring car before the term was really even coined. In 1996 I was looking through a Hot Rod Magazine seeing all sorts of cars that just really caught my eye. Cars built to “run on the ragged edge” – the issue was, in fact, dedicated to such cars. What I saw in that magazine prompted me to set it aside. I have not kept a lot of things for this many years other than tools and friends, but I have kept a small collection of about 40 magazines that just can’t part with. (No, not the SI swimsuit edition from 1987) So, way before I had ever heard of autocross, before I owned the Camaro, before I lost my job in the tech industry, before pro-touring was a ‘thing’, before my divorce, I had a direction to build a muscle car –my muscle car. 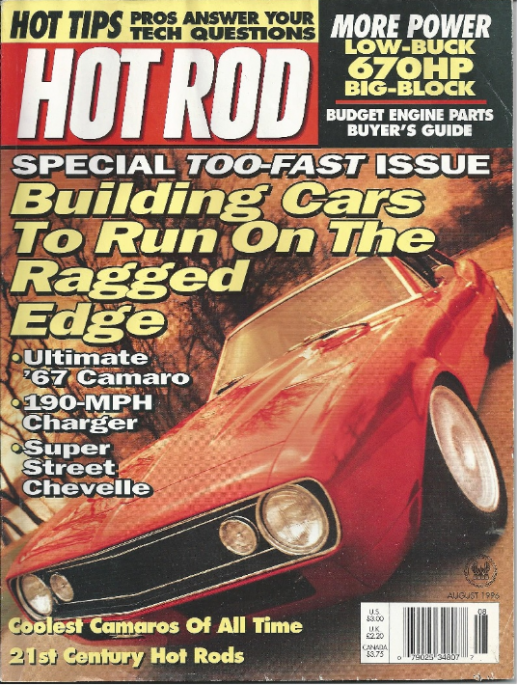 Let’s go back to that Hot Rod Magazine from 1996 – I just recently pulled it out to see if it was still worth keeping. Low and behold I had completely forgotten why I had saved the rag in the first place. There it was, right there on page 20, sitting down on the ground with big wide tires, Corvette wheels, fuel-cell sticking out from under the bumper built by some GM engineer guy using a NASCAR motor. This car was a red 1967 Camaro with Corvette wheels claiming to be the ultimate 67 Camaro. The builder’s name meant nothing to me at the time. 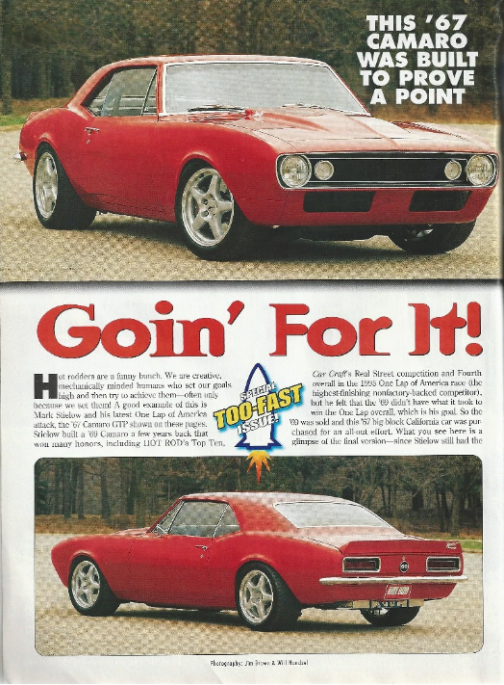 A few pages later was a large picture of a car named Big Red, a great looking 69 Camaro that stood out to me as a mean car that looked like a racecar on the inside, and a simple Camaro on the outside.

The next page showed off an old Sunoco Penske Hilton racing Camaro – you’ve gotta love a classic racecar and that Trans Am era paint scheme.

Then, again on page 47 was another car by the same guy who built that first car I liked the red ’67 Camaro– Mark Stielow. This time the writer was showing off Stielow’s cool looking white 69 Camaro with a big decal on the door for One Lap of America and the name of the car was Tri-Tip. Now, I might have assumed that I just liked the name, I like tri-tip, who doesn’t? But when you see my car, it’s evident that I liked that ‘plain’ white car enough to emulate it unknowingly. 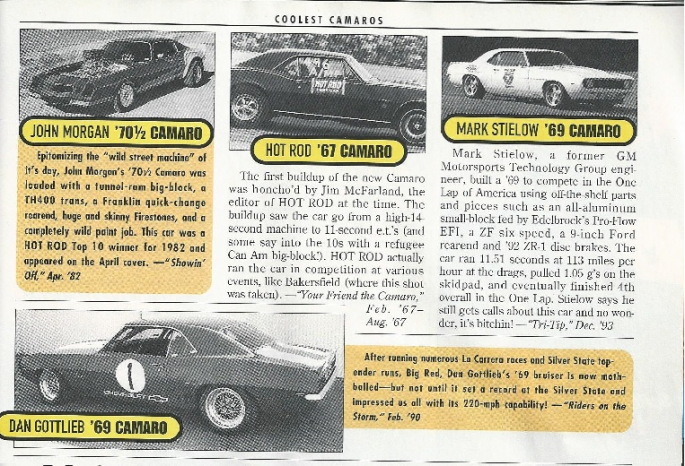 Back to the build: now that I’d started “racing” I was better able to make some decisions and priorities for my car. First and foremost had to be tires- the rock hard tires were not sticking to anything (almost like those metal roller skate wheels we all grew up with). I upgraded but quickly learned that my need to balance my daily driver with my race car by choosing a 300+ tread wear was better, but still not good enough.

Next up, I had to make a decision on paint. This honestly might have been the hardest decision to make. I went through multiple color combinations and trials for over a year before I finally settled on the base color. I know you’re thinking “wow, you really went out on a limb with that barely-off white…” But I will say this: how many barely-off white first generation Camaros do you see at the races, or on the road, for that matter?

Yeah, people remember my car. Magazines, vendors, competitors and announcers, remember my car. Think about that when you choose your look but don’t be a jerk and paint your ’68 barely-off white like the guy down the street from me. (no kidding).

Back to present day: I’ve just finished at the Evo driving school and I’m at the Pozzi’s house loading up the car and getting ready to go get some dinner. As usual, David Pozzi gets to moving stuff around in the shop and chatting. I love a good chat with David. I turned my back and I hear something loud and mean starting up in the shop. David pulls this car out: 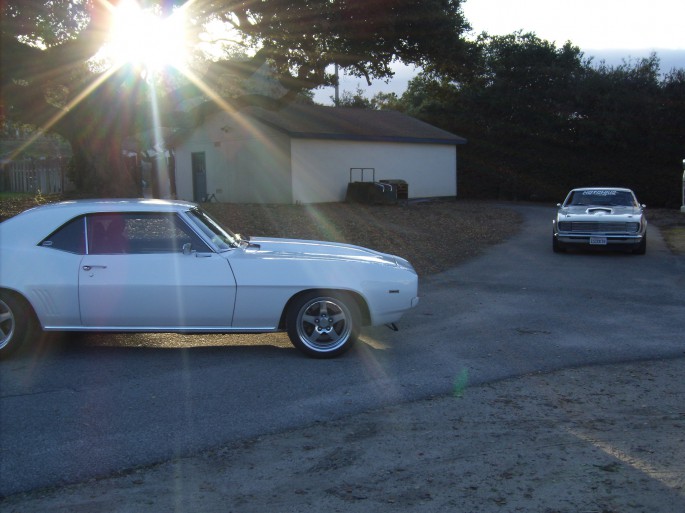 I shit you not. The very same car that inspired me all those years ago, Tri-Tip was pulling into my line of vision. I was like a teenage girl at a Justin Bieber concert –I immediately dove for the camera. 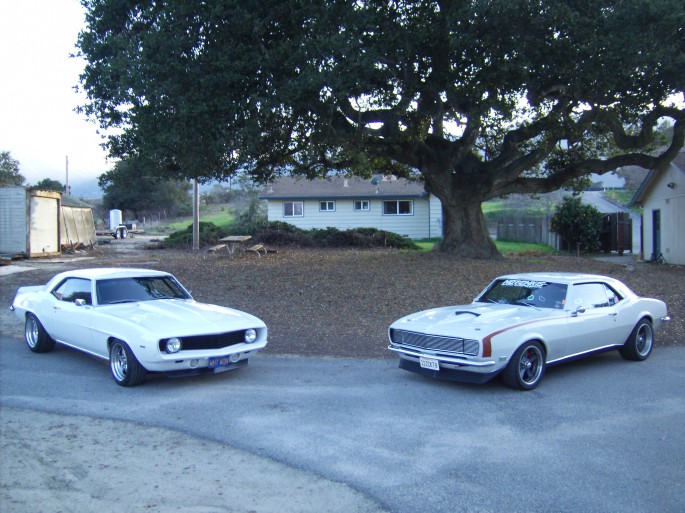 I guess the gist of this ramble is to tell you to trust your judgment. If you like it now, you’ll probably like it later. Look to car shows, magazines, blogs, and forums and you’ll find your inspiration – even if it is barely off-white.

Editor’s Note: Big thanks to Rodney for contacting us and asking if we would be interested in his story. If you have an idea for BangShift.com content, please CLICK HERE and submit your idea, story lead, or whatever.

VIDEO: Blown Altered Catches Flight At March Meet 2013. No Really It Gets All 4 Off At The Hit! BangShift Question Of The Day: How Important Is Paint To You?