Driving Movie Slapfight: Vanishing Point – Wide-Open On The Best Roads In The West 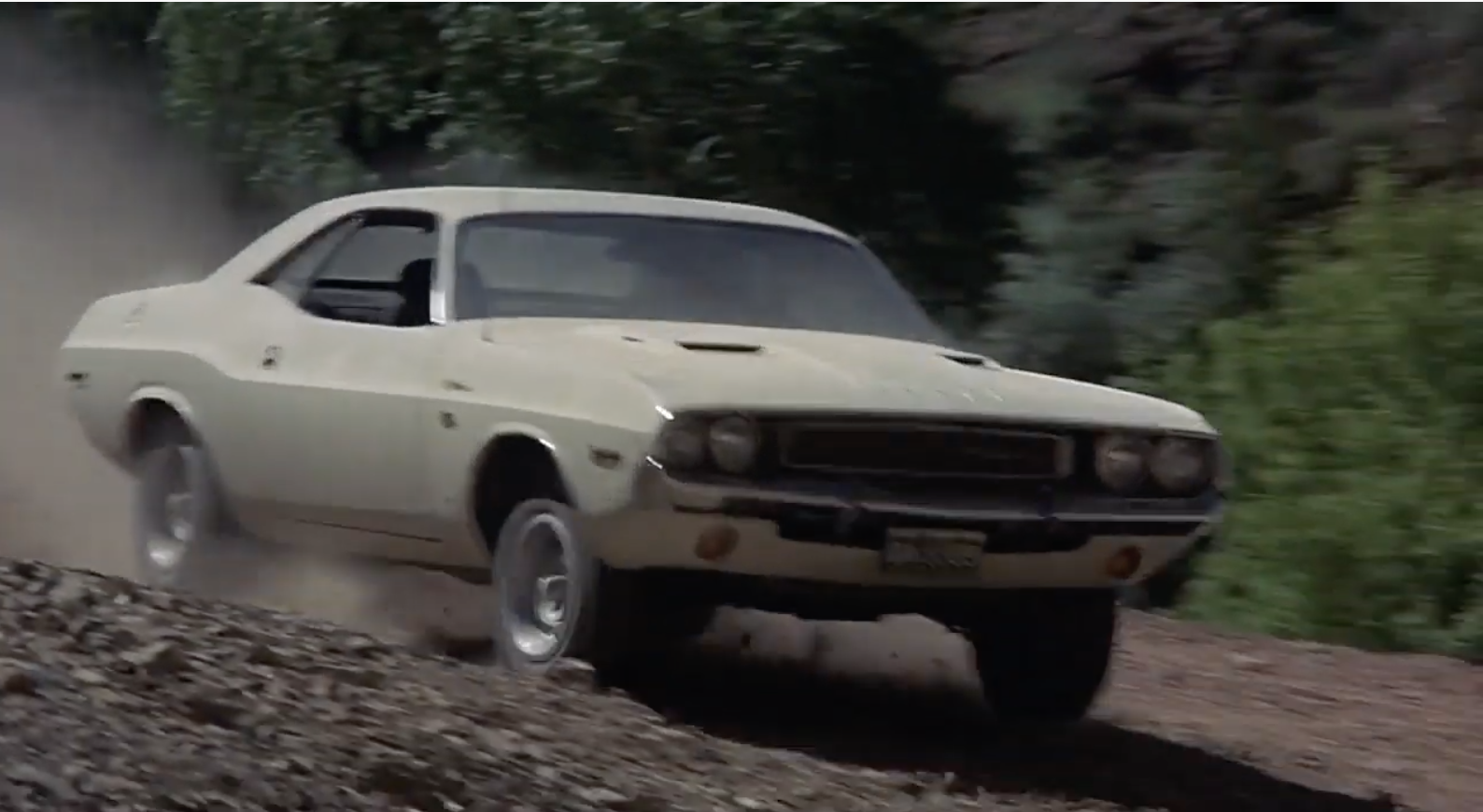 Brian…what were you thinking picking the Blue Max? You picked a one-trick pony in the shape of a Funny Car, that was supposed to be in the shape of a Plymouth Arrow. I know you’re comfortable in your ways when it comes to the drag strip, but that was just a bit out of bounds, don’t you think? At least I can plate the Lancia and drive it away after the race. But, in your defense, at least you picked the Mopar version of the Blue Max and not the frog-faced Ford EXP version that came just a couple of years later. Besides, I’ve got $100 that says you’d fill your firesuit if you ever got a chance to take the tree in the real-deal machine.

Since there’s no way we’ll ever come to a consensus over what the best car from our birth year is, let’s go towards a subject a bit more…subjective. Mainly, I want to see what he thinks the best driving movie of all time has been. And I’m genuinely curious to see where his head is at because there’s some decent car movies out there that don’t have that much action overall, there’s some real stinkers out there that have some of the most iconic action put to film, and there are a few that somehow weren’t car oriented or action-filled that simply work, like the 1993 flick Dazed and Confused, which was chock-full of cars that we would pick any day of the week, like old trucks, muscle cars, and even some 1950s fin goodness.

Once again, my first pick is a safe shot, but he’s really going to have to pick this one apart when he gears down for the smack talk: 1971’s Vanishing Point. Not one mention of that 1997 remake, boss…we both can agree that after the Challenger and the Charger, there wasn’t anything else about the reboot worth mentioning. No, we’re talking about Kowalski on a whole lot of speed ripping through the American Southwest in an EW1 White 1970 Dodge Challenger R/T. We’re talking about Clevon Little’s “Super Soul” DJ who seems to be connected to Kowalski as the former cop, racer, and Medal of Honor Vietnam vet rips away from the cops and tears away from himself.

Why select this film? Is it the Dodge? Well, that certainly plays a part. Is it the scenery? For me, that’s a lot of it. Most of my life has been spent west of the prairies, from the foothills below Pikes Peak to the canyons of Arizona, and I’ve roamed between the high deserts of Idaho and Nevada. I’ve seen most of what I call “Roadrunner Country” and I adore it to death. It’s empty, even today. You can still go out to the middle of nowhere and find yourself. I may not have been running from the cops and I certainly wasn’t cranked out of my skull, but if you can bypass the storyline a bit you can start to see why I love just roaming those back highways, with only the sounds of the engine and the scenery to keep me company.

I’m now waiting for “Hot Rods to Hell” for the reply. Your move, boss.

5 thoughts on “Driving Movie Slapfight: Vanishing Point – Wide-Open On The Best Roads In The West”