Holley To Sponsor National Corvette Museum’s New Racetrack Control Tower Building – Will They Let Us In?

Jul 28, 2014Brian LohnesSponsor NewsComments Off on Holley To Sponsor National Corvette Museum’s New Racetrack Control Tower Building – Will They Let Us In?

Chad and I got super excited when we heard that Holley and the National Corvette Museum had reached an agreement that will see Holley’s name proudly displayed as the sponsor of the new state of the art control building at the race track the NCM is constructing (when stuff isn’t falling into the Earth). We were excited because it is a great opportunity for two Bowling Green institutions to work together and also because we know people at Holley and they may let us sneak in the place to check it out. I mean, they haven’t returned our calls asking about it or responded to any of the emails yet, but they are busy and if we keep calling and writing 15-20 times a day we’ll get lucky at some point, right? We just want to get there while it still has that “new building smell”. That’s the best.

As you will see, this is not some wimpy looking little timing tower. This thins is large and in-charge. The building measures out to almost 13,000 square feet and has everything from race control to classrooms, retails space, an outdoor viewing deck, and meeting rooms as well. All we need is a key, guys. We promise not to abuse the privilege….much.

Holley Performance is proud to announce a new partnership with the NCM (National Corvette Museum) Motorsports Park, and is sponsoring the Park’s Control Tower and Event Center in Bowling Green, KY.
“It is only fitting that two great American motorsport brands like Corvette and Holley unite with our sponsorship of the NCM Motorsports Park,” said Trevor Wiggins, Holley VP of Sales.  “This track is going to secure Bowling Green’s identity as a motorsports town and we’re proud to be a part of it.”

The two-level Holley Control Tower and Event Center will feature 6,300 square feet on each level (12,600 total in building) including 1,800 square feet of meeting and classroom space, lobby/retail area, restrooms, catering kitchen, reception office, administrative offices, race control room, storage and more.  The second level will feature a 2,100 square foot open-air viewing deck, available for private events. A Winners’ Circle Podium is slated for the paddock side of the building, and the overall design of the Holley Control Tower and Event Center mimics that of the Museum.

Holley has been in Bowling Green since 1951, and has been an important part of the Bowling Green economy, currently employing over 250 people at its Russellville Road facility.  The company’s industry leading products include electronic fuel injection systems, carburetors, exhaust systems, and many other products for high performance street and racing applications.  Holley has powered every NASCAR team since the 1960s with products made in Bowling Green including their current EFI throttle body.

“We have been talking to Holley since we first announced that we were building a Motorsports Park and they were as excited as we were,” said Mitch Wright, General Manager of the NCM Motorsports Park.  “Those conversations grew into something bigger and we are thrilled to have them on board.”
Construction on the Holley Control Tower and Event Center is planned for 2015. 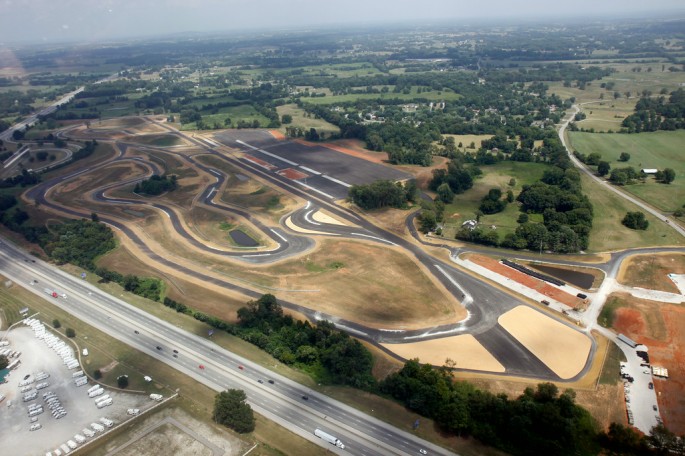 Chryslers At Carlisle 2014: Sweet Wagons, Vans, and Trucks - The Coolest Of The Cool STARTING TOMORROW: The Salt Flats Of Salduro - Our Incredible Series Documenting The First Racing At Bonneville, 100 Years Ago