StreetGrip Video: Watch Install Of RideTech StreetGrip System On A 427ci 1968 Chevelle At A Car Show! 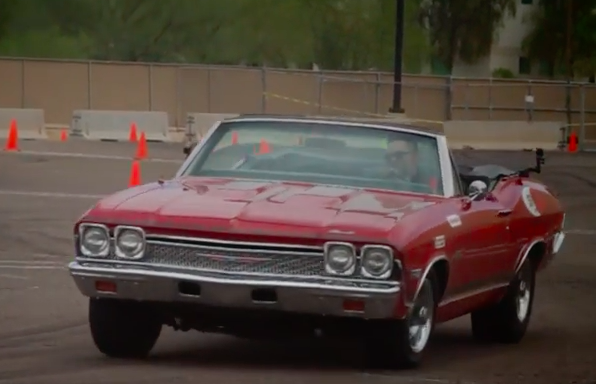 We’ve been telling you about how cool the StreetGrip system that RideTech designed and engineered has been for months. We did an install on an El Camino and were pretty astonished by the results of the work. The guys at RideTech took it three steps further and to demonstrate the fact that this kit is a driveway install, regular guy, regular tools job, they installed a RideTech StreetGrip system live at a Goodguys show in Arizona. There were hordes of people watching as the work was done and the video also shows us the car’s before and after autocross times. As you’d expect, the autocross times dropped like a stone and more impressively the control, body roll, and diving that the car experienced with its former suspension were all but eliminated while still providing a comfortable ride.

The reality of the situation is that the StreetGrip package is not designed to turn your car into the next Goodguys’s autocross champion (but RideTech can do that, too). Instead it is designed to bring the car up to much more even footing with the cars of today. It is also something that will help put a lot of cars back on the road because of people who have suspension that is shot to pieces and stuff that they upgraded and now hate. This whole deal comes in one box and if you grab a buddy or two, you can knock the work out in hours. By yourself? Plan on a day.

This video is great! Entertaining and informative we get to see all of the aspects of the install and the car racing. Oh, and how about a red, 427, four speed, 1968 Chevelle convertible! Nice test subject for sure –

One thought on “StreetGrip Video: Watch Install Of RideTech StreetGrip System On A 427ci 1968 Chevelle At A Car Show!”