Watch How This Dude Made His Own Triple Engine Outboard Boat – This Is Going To Make This Little Bastard A Riot! 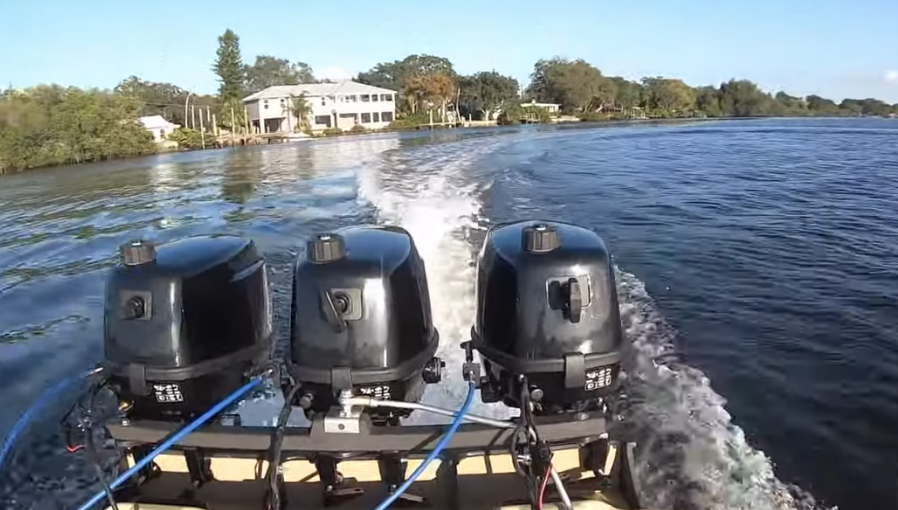 In recent years there have been more and more bad ass outboard engines coming out, including GM LS Based stuff that makes stupid power, but what we’ve been most impressed by are the number of boats being outfitted with three and four engines. It used to be that two made you a bad ass, but now that’s just for the cruiser folks. If you want to go fast with an outboard equipped center console type of boat then you are going with at least three engines, and as many as five or six! Of course those are on boats that measure 40-55 feet in length, but still. So what is a guy to do that is wanting something similar but actually lives on a budget?

Welcome to the poor mans triple outboard setup. This is going to be fun, we’re sure of it.

Oh, you know how we know that? Because this boat that this guy is putting three engines on is ONLY 12 FEET LONG!!! LOL

But he isn’t doing this without skill or forethought, because he’s serious and really makes some nice stuff even if the fabrication is simple. You’ve got to watch this.

Yeah, this is probably not smart, but it sure will be fun. Wear your life jacket kiddos!

2 thoughts on “Watch How This Dude Made His Own Triple Engine Outboard Boat – This Is Going To Make This Little Bastard A Riot!”