Top 11: The Merger List – With FCA, Nissan and Renault Talking About Getting Together, What Models Should Stay? 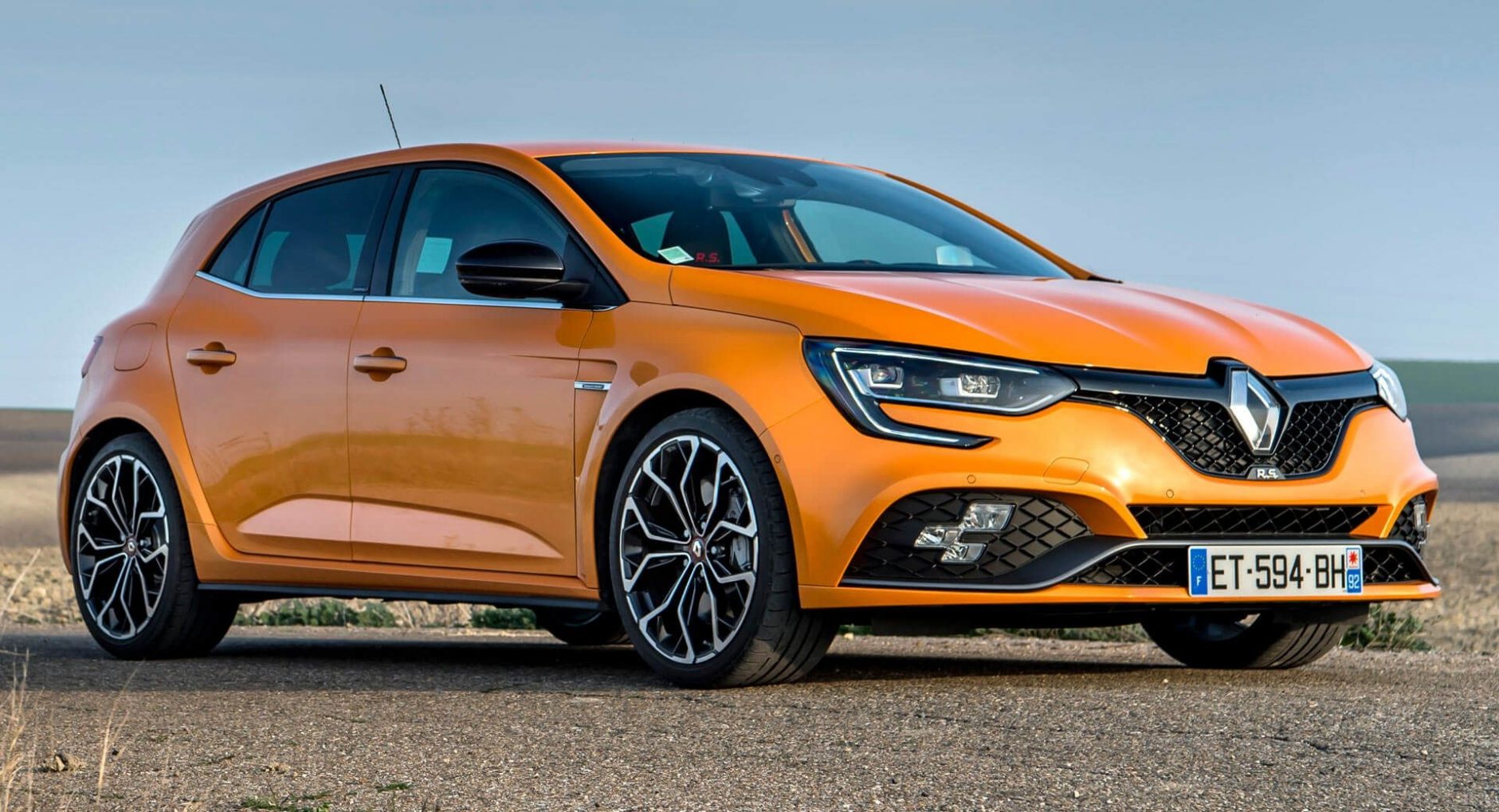 So Renault and FCA are considering going together on a merger, and from what we’ve been seeing so far, Nissan is on board. While there will be a wait to see if this potential tie-up will actually take place and a few years before everything is set in stone, one thing is clear: some models are going to get the axe. It’s called product overlap, and between Nissan and FCA, there is plenty in the United States market alone. Renault hasn’t been in the U.S. market since 1987, so that isn’t so much of a problem, but in Europe they are a major player. So, with that in mind, we decided to think about what vehicles would be best likely to field a strong lineup post-merger. Agree? Disagree? Have better ideas? Put them in the comments below! 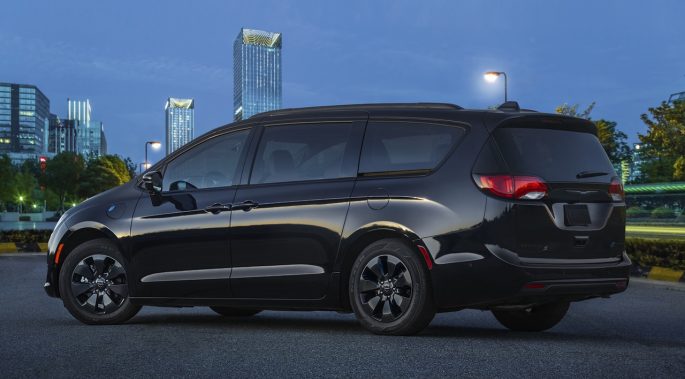 You don’t mess with the master. Chrysler has minivans nailed down to a science, and while one could argue for the dead-van-walking Grand Caravan on price point alone, the Pacifica has to get the nod here. Nissan’s Quest was visually offensive and the tiny NV200 wasn’t loved anywhere it went, not even as a rebadged Chevrolet. Renault’s Trafic looks too much like a cargo van, so unless you want to talk someone out of buying a Ram ProMaster loook-alike with seats, the Pacifica is the way to go. 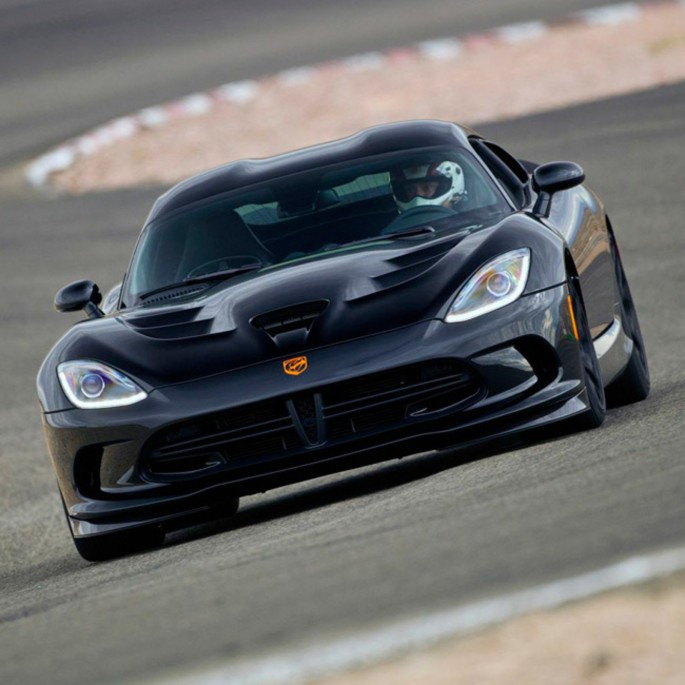 We’re still mourning over the death of the snake, but really, what do Nissan and Renault have to offer? The GT-R is a monster in it’s own right but it’s long in the tooth and while it has fans the world over, it’s the “import” feeling that drives a lot of customers to the car and any dilution might affect sales. Renualt has nothing to offer, and Mitsubishi hasn’t had anything even remotely close since the late 1990s. The Viper was a halo car icon, over the top and masterfully brilliant with a relatively speaking decent price. 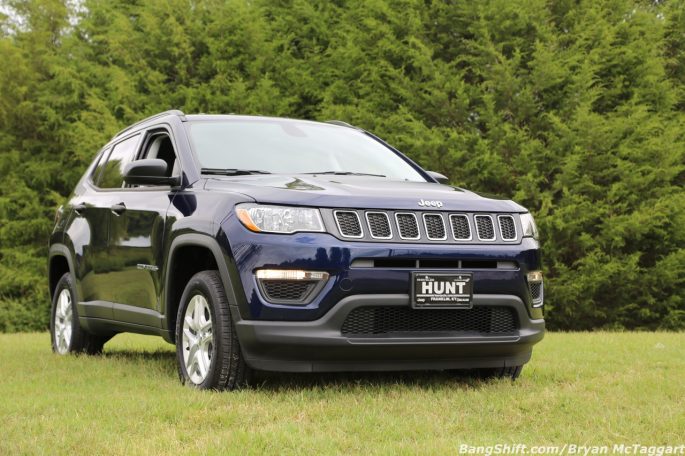 Every manufacturer in this tie-up knows the value of a smaller crossover. Between the Renault Kadjar, Nissan’s Kicks, and even the Mitsubishi Eclipse Cross, they all have tried to cement their place in the market. Here, then, would be the perfect place to leverage brand identity with Jeep’s Compass. Small engines, big room and looks that emulate big-brother Grand Cherokee for a reasonable price are all winning points. Plus, you can get one with a six-speed if you wish. 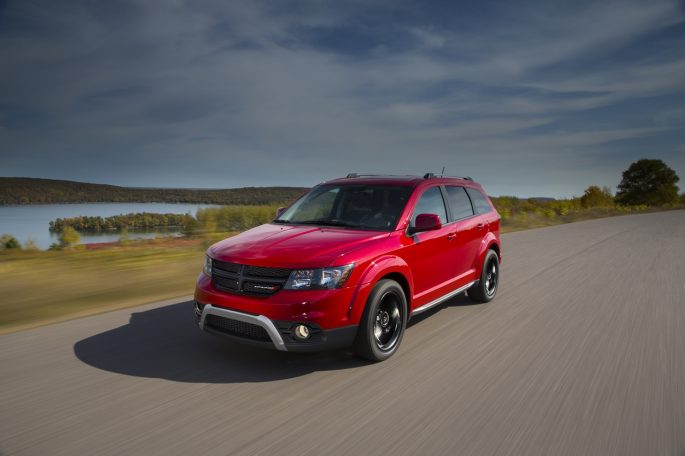 By far the strangest recommendation from this merger’s potential offerings, the Journey’s on this list for one reason: sales. For some reason, this is an annual seller, regularly selling over 100,000 units. North America loves these things…between Canada, the United States and Mexico, they sell well and they’ve sold in Europe fairly well. There isn’t a thing to offer the gearhead here, but you don’t mess with a strong seller. That being said, there are other options on the table, like the Renault Koleos and the Nissan Pathfinder, so if the Journey isn’t your cup of tea, there are options. 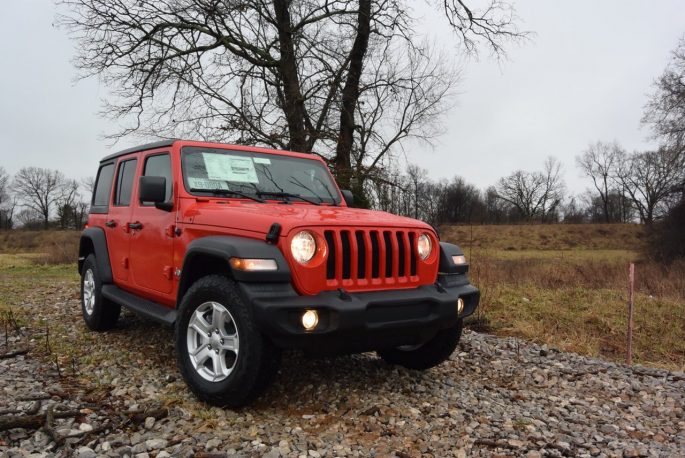 Oh, come on, this one is a no-brainer. Two door, four-door, and now with the Gladiator, you have a pickup variant. With a four-cylinder, a V6 and even diesel options, power is adequate and the aftermarket has answers if that isn’t enough. The world over knows the Jeep legacy…if this was to be cut, heads would roll. 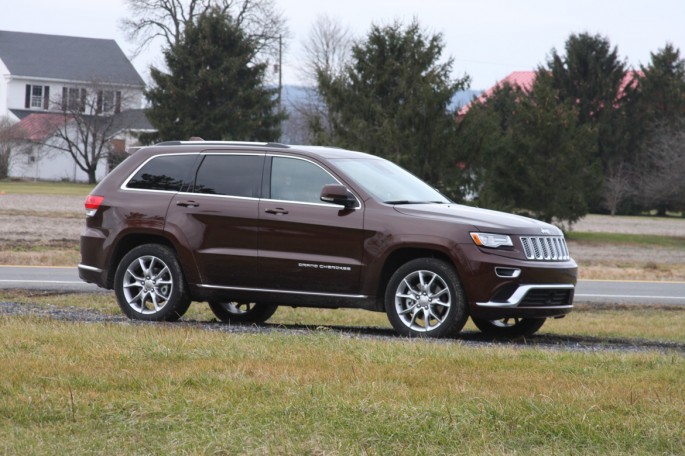 It’s strange to think that a gigantic luxury-laden station wagon with off-road capabilities is still an en masse seller, but someone has to go to battle. Nissan’s Armada has the size, but it also has the bulk. Renault and Mitsubishi don’t have anything to offer in this category, so we’d be quick to give the nod to the rumored Jeep Grand Wagoneer. The Grand Cherokee (pictured) isn’t quite up to the size of this field, which has the likes of the Ford Expedition and Chevrolet Tahoe, but if the Grand Wagoneer lives up to the rumor mill, it’d fit in just fine. 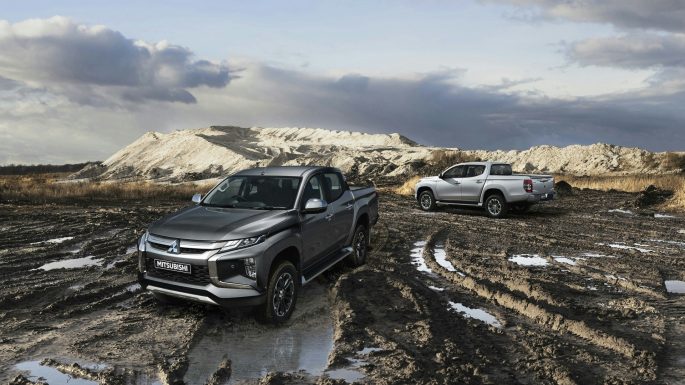 Since Ram doesn’t have a pickup that can be called “small”, and Renault doesn’t have a truck on offer, we have to look at Nissan and Mitsubishi. We are tempted to offer up the Nissan Frontier since it’s the epitome of a good, basic truck, but it hasn’t been changed since  2004 and we doubt that will fly well with buyers. If Nissan offered up the world-market Navara pickup, that would be better, but here we’d go for the Mitsubishi Triton/L200, if only because Mitsubishi needs all the help they can get. Since it’s already sold as a Fiat Fullback and Ram 1200, the nameplates are already there. Stick a gasoline engine in it, start working on the emissions package for a small diesel, and go from there. 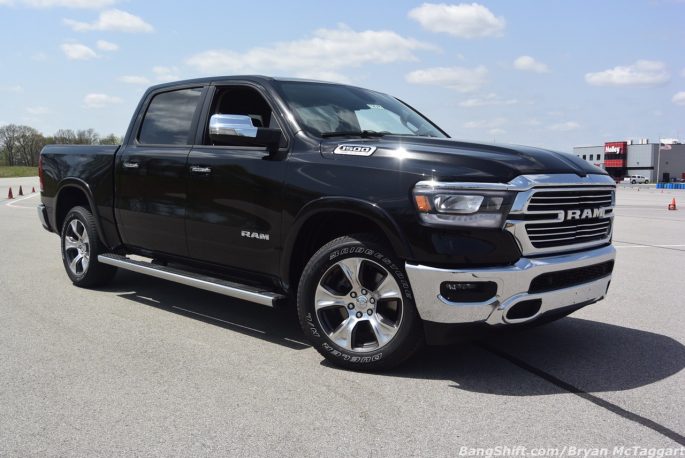 Nothing against Nissan’s Titan, but it just doesn’t have the same cachet, history or model name recognition as the Ram. One of FCA’s top sellers, the Ram has recently undergone a freshening, has started to see minor hybridization, and has interior and exterior room for days. 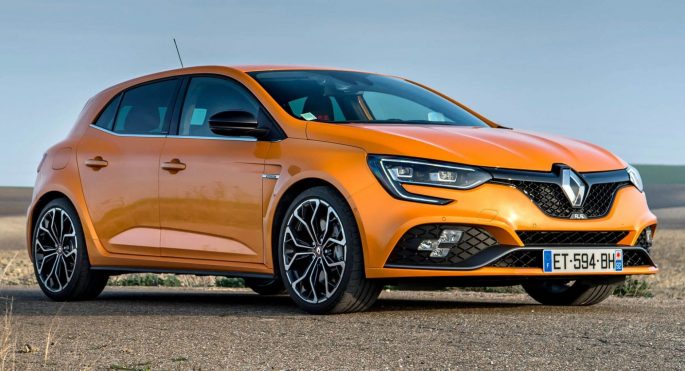 Small cars are exactly where FCA hurts…we all remember the Dodge Dart/Chrysler 200 fiasco. Europe loves small cars, so the best choice would be to stick with the proper market’s best offering. We’d tap the Renault Clio for duty…a smaller hybrid five-door hatchback that is designed to look and feel upscale that offers up to 225 horsepower in the hot-hatch Clio R.S. model is ideal to lure customers on the fence back to the land of the car. 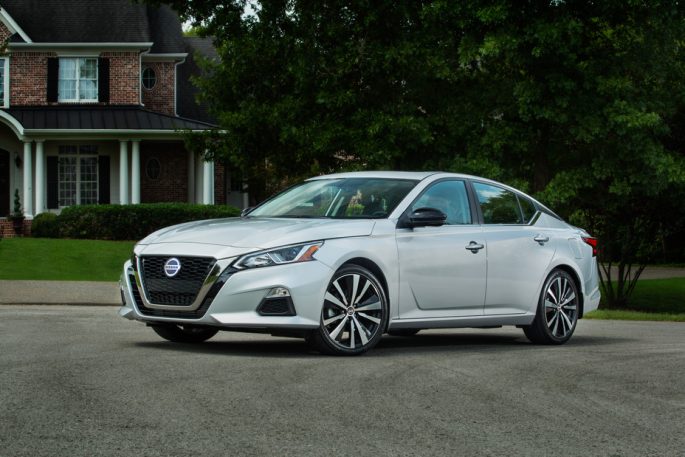 By figures alone, the Altima is a no-brainer. This car has sold over 200,000 units annually ever since 2002, and has been a strong seller ever since it’s 1992 introduction. Currently on it’s sixth generation, the Altima doesn’t excite but this will make the shareholders…and rental fleet sales manager…quite happy. Cars go out, money comes in. 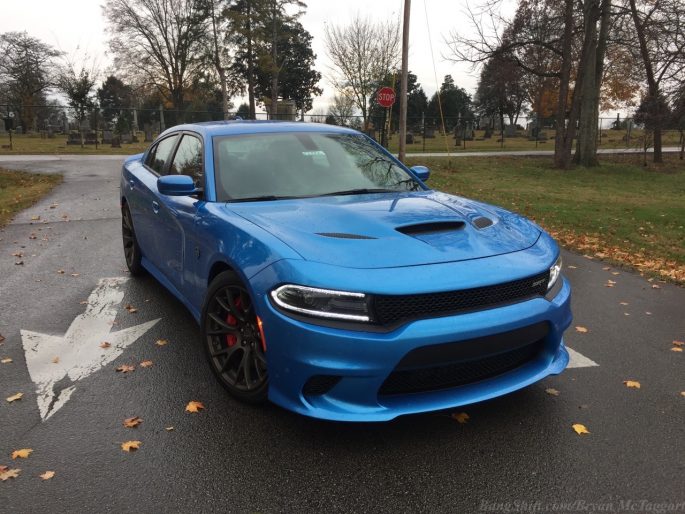 The Dodge Charger sells itself. It looks angry, and with the right engine option selected, will be angry. It’s also roomy, robust and very competent. It might not be the most economical thing around, but they sell well enough to keep around. Now, whether or not FCA can re-engineer the LX platform to be lighter in the next major update is still a question mark, but for now, the Charger sits just fine.

2 thoughts on “Top 11: The Merger List – With FCA, Nissan and Renault Talking About Getting Together, What Models Should Stay?”