Unhinged: An Ode To The Funkiest Little Van I’ve Ever Had The Privilege Of Dealing With 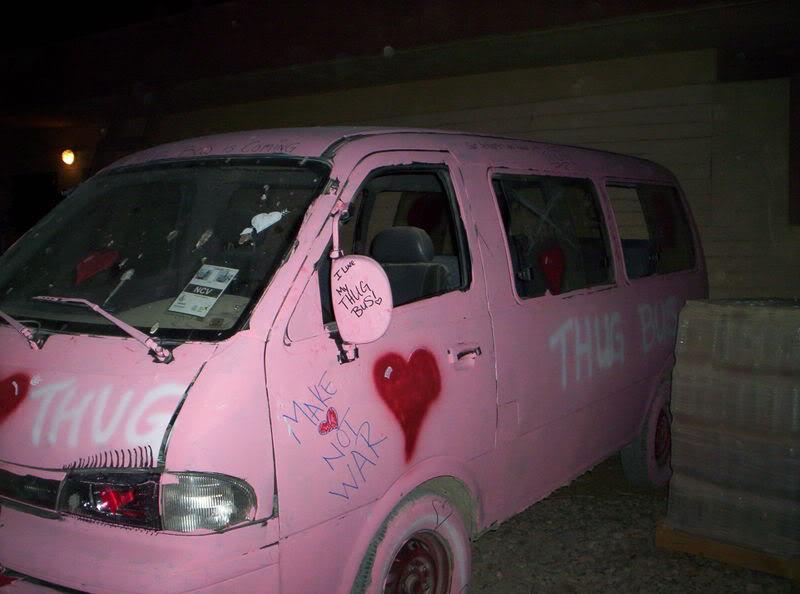 What you are looking at is one of the best retaliatory pranks I’ve ever seen, one of the funnest things I’ve ever seen going to work anywhere, ever, and one of the most useful vehicles I’ve ever had the joy of knowing. For those who stay out of the Middle East or Asia, this little micro machine isn’t going to be too familiar to you, but just stay with me, you’ll understand. This is the Thug Bus, and no, it was not always painted Homer Simpson’s Donut pink (I’ll explain that story a little further on.) Like every other vehicle we drove in Iraq that we didn’t bring with us, we found it dead, left behind and honestly, fit for the crusher. The name stems from the unit that “owned” the van, in this case a flight troop that my unit supported. The Thug Bus is a Kia Pregio van, a tiny little thing that is more familiar to most Americans as one of those not-quite-street-legal kei trucks you’ll see farmers drive every now and then. If memory serves right, it was a four-cylinder diesel and a five-speed manual trans-equipped rig that we found on an airstrip, it’s silver paint cooked to flat gray, coated in dust. 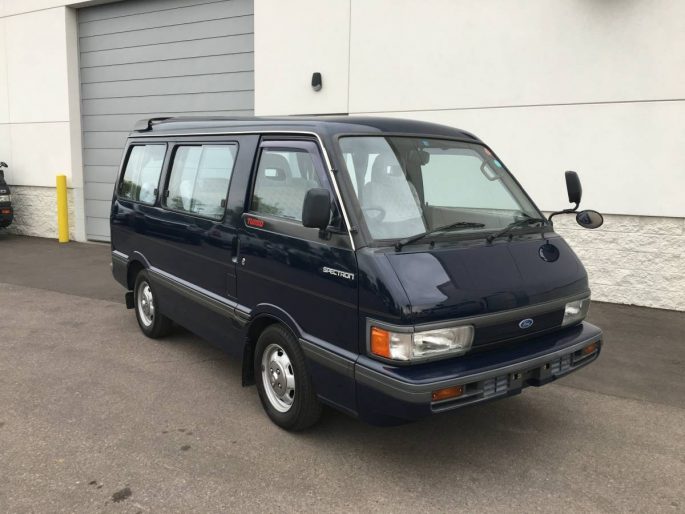 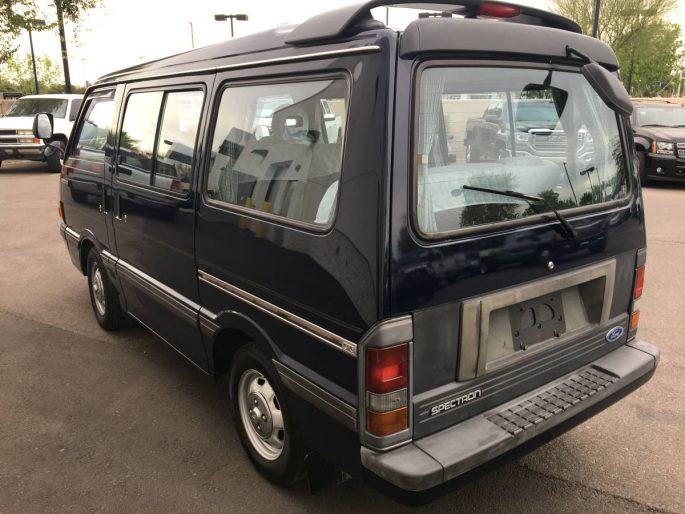 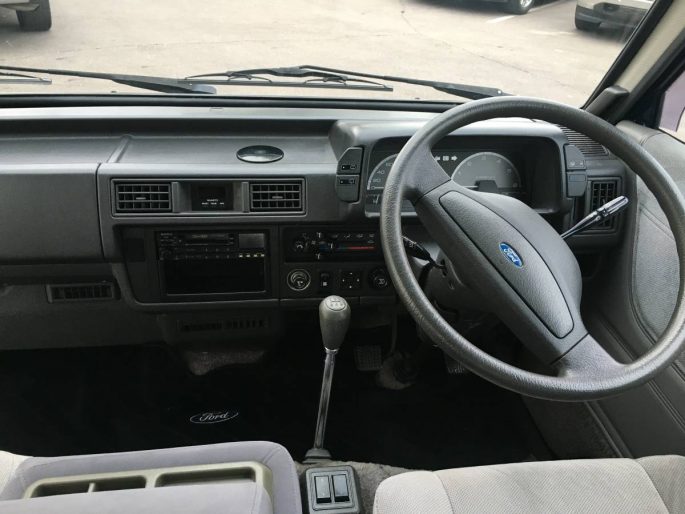 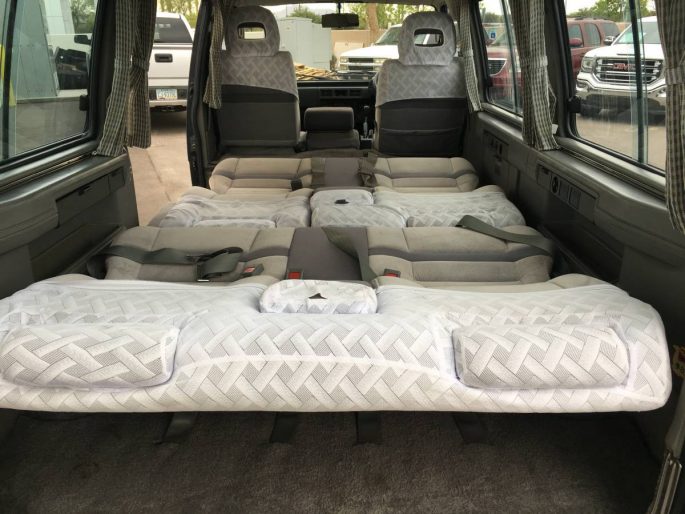 Here’s what a cleaner version looks like, courtesy of Bring A Trailer. This is a Ford Spectron, one of the many badge-engineered nameplates that the Pregio was also known by. Compared to the well-worn Thug Bus, this Spectron is in great shape and sports the same running gear, the same thrifty little diesel, the same five-speed manual trans, the same seat setup that folds down into a bed. Think of it as a camping rig for at most two people and it might make a little bit of sense. Kia cranked these things out by the millions, it seems, though the Spectron is the only one I know of that’s actually in the United States.

Now, about that paint job and the whole revenge thing…our medic Captain had a trike bicycle, like an old Schwinn. At some point in time one day, that bike got painted the same Pepto-Bismol color. Doc *might* have been hog tied and driven around the area of operations on full display in the back of a work truck, too, but I have no way to confirm or deny that part of the story. Doc wasn’t too happy about all of this cheerful fun that the flight troop was having on his hide, so later on that night the medics retaliated on the poor Pregio.

The van had lips up front, eyelashes on the headlights and “THUG ME, BABY” on the back, along with all of the other cheerful slogans you can see in the picture.

My work shift was two in the morning to two in the afternoon pretty much every day. At a quarter till two in the morning, I was busting a gut in front of this thing with a dumbstruck crew chief who hadn’t been awake himself when all of the shenanigans went down. Considering that the bus is parked up against the command building, you have to think that the top brass saw the joke go down, right? You can’t hide the fact that you’re coating a minivan in pink paint, I don’t care how many people are painting at once. And they had to drive this thing around like you see it until they could score enough paint to get rid of the cheerful, happy look.

2 thoughts on “Unhinged: An Ode To The Funkiest Little Van I’ve Ever Had The Privilege Of Dealing With”