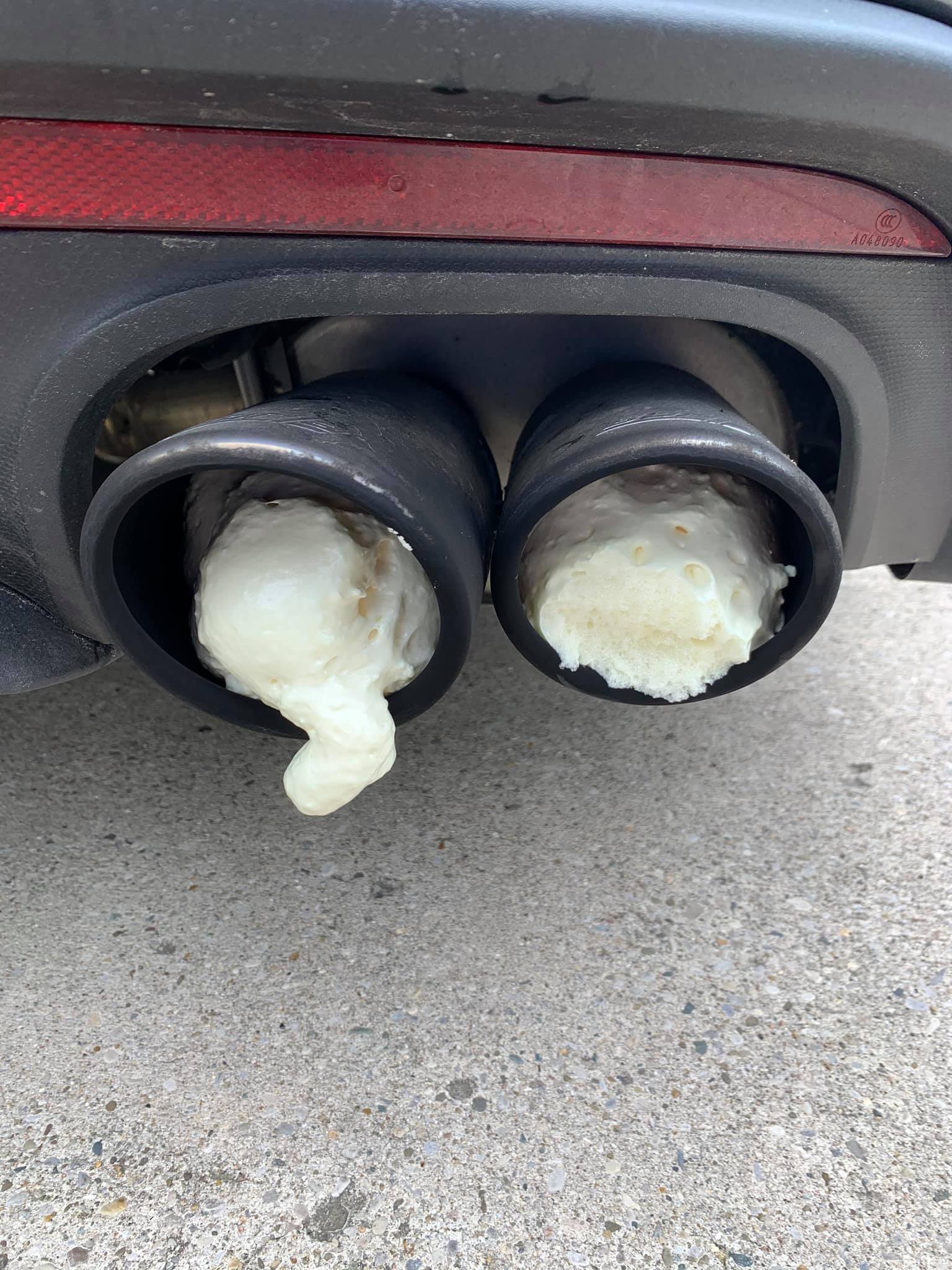 I learned early on that it was best to get along with your neighbors instead of pissing them off. I wasn’t a little a-hole kid…the worst thing I did was usually raid the neighbor’s pluot tree before she got a chance to pick some fruit. If that’s the worst thing I ever did, I’m alright. In my Army days, I simply disappeared to someplace nice and quiet if I was going to do something royally stupid and loud. I didn’t bother anybody and for the most part, nobody bothered me. That’s not saying I didn’t bother somebody, I’m sure I have…I’ve owned a lot of loud, obnoxious, and visually offensive cars in my day. My 1973 Chevelle shook the pictures off of my neighbor’s walls. The Mirada sounded nice and raw once I had headers put on it, and my Diplomat’s 360 breathed through the catalytic converters and that was that. It’d be quiet enough if I babied it, but when I got on it, that car would straight-up BARK. Even the Imperial, once headers got put on, sounded rowdy. I’m sure people in New Jersey are just loving the hell out of that machine.

Here’s the thing, though: part of being good neighbors is being open to communication. What does that mean? Take a normal residential block. Five houses. Four of those houses are any random family of any age. House #5 is a gearhead. They aren’t an ass about it…no burnouts up and down the street, no needless revving, no rips straight from the driveway. But their car has the siren song to our ears going for it. In one of those other four houses, at least one person isn’t going to appreciate that noise. Fair enough. Now, what happens if they approach the gearhead and complain about the noise? There’s two ways to look at it: you can either tell them to suck eggs, or you can find some kind of compromise. If you know you can be a little bit quieter, do so. That’s just being cool about it. If you were already being cool about it, then explain that you’re doing your best and hopefully the other person will at least compromise with you.

Don’t however, be like this guy’s neighbor. Apparently they didn’t like the music of our people and proceeded to leave a note and filled his exhaust with expanding foam. Here’s the note: 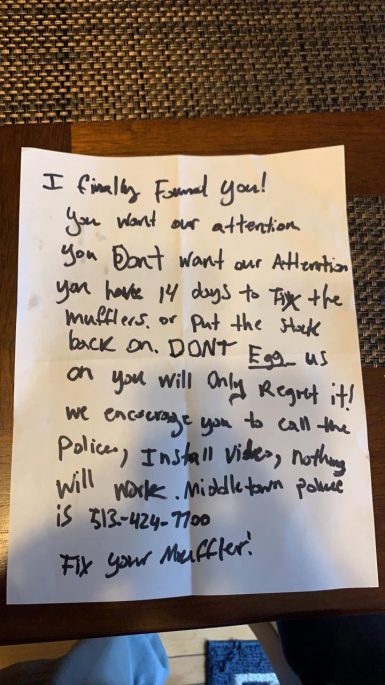 If it were me, there’d be a Facebook post offering up a block party after this. Bring your hot rods, your muscle cars, your big diesel truck. Want to bring your nitromethane-breathing dragster? Sure! Want to bring a BBQ and some good food to cook? Bring it on! Invite the neighbors you know aren’t uptight pricks over, have a cold one, share some stories. Have a gearhead blowout until the neighborhood asshole shows up with expanda-foam in hand. With so many people having fun and so many loud, scary engines around, they’ll show up, guaranteed.

Now, what do you do once they magically appear? If it were me, I’d have enough Silly String to re-wrap an Egyptian Mummy at the ready and three teenagers on Facebook Live ready and waiting for things to go down. Arrest me afterwards, I dare you. Assault with Silly String? Please.

13 thoughts on “Unhinged: The Line Between The Bothered And The Botherer”