Unhinged: The Unpleasant Bits Of The American Roadtrip 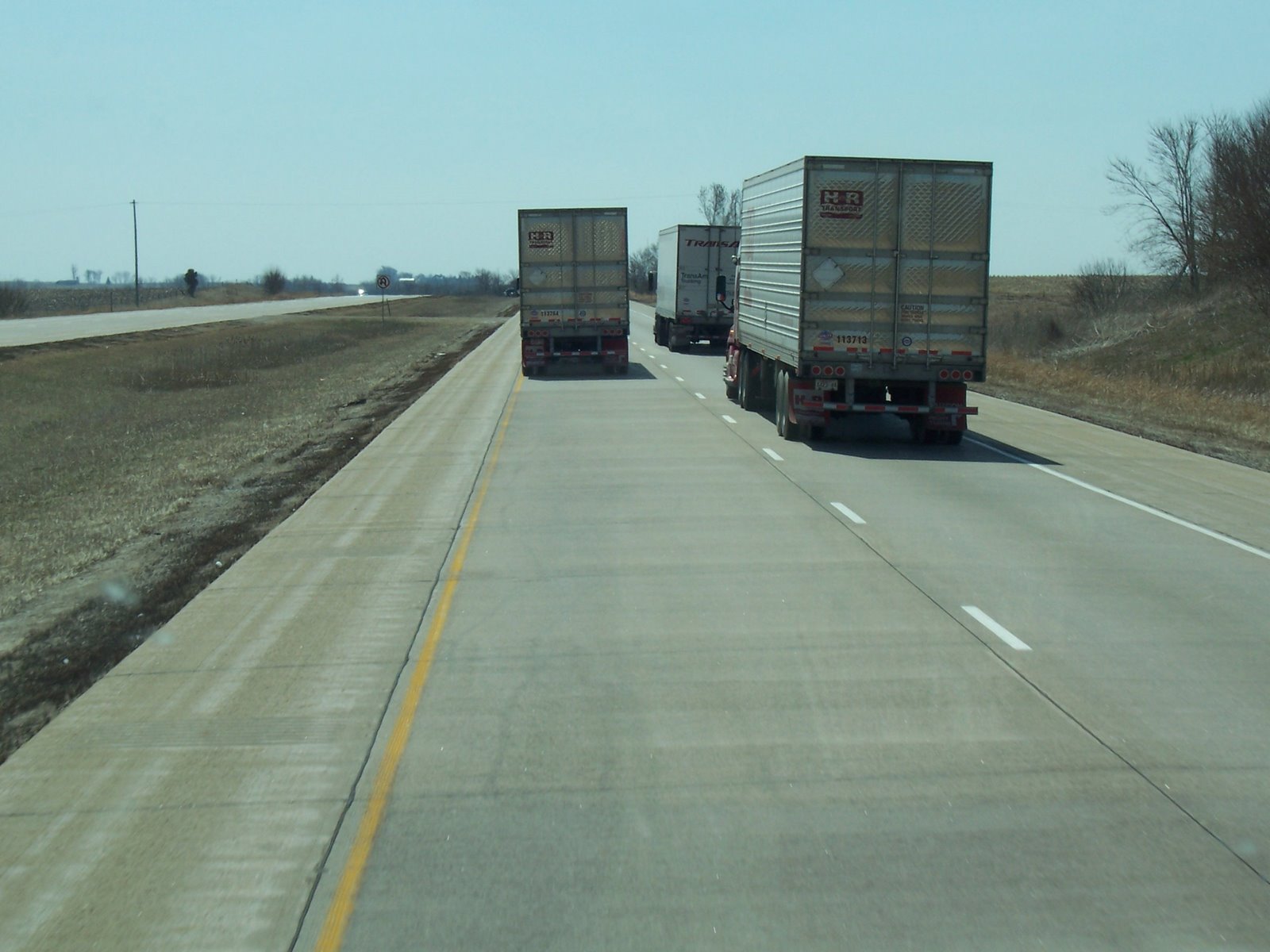 I love being out on the open road. Whether I’m just rolling through the miles lazily or I need to haul ass across several states for a purpose, if I’m behind the wheel and moving along, I’m happy. The sound of the engine, the view of everything that Katharine Lee Bates was inspired by when she wrote “America, The Beautiful” and more that even standing on the summit of Pikes Peak cannot show one set of eyes, the nearly sci-fi feeling of tearing through a cityscape in the late night hours with the streetlights and neon blazing…I’ll take it all. I’ve seen forests and coastlines, driven mountain passes that should be templates for road courses and have experienced Interstate 70 and Interstate 90 at their most flat, boring forms, and I’m never satiated. I have to have more of it.

Sounds poetic, doesn’t it? Makes you want to hop out into a car and burn through plenty of dead dino juice as you search for your own Nirvana, right? Let’s come back to reality for a moment: unless you have a genuine sickness for the road like I do, chances are good that a lot of what I appreciate will be drowned out by what we all detest. Unless you are an absolute junkie with a fever for white lines that can’t be dealt with using a rolled-up banknote, being in a car for hours on end might be your form of hell. There’s an equal amount of nefarious items on that list as there are reasons to pack your bags in the first place.

Recently, I knocked back over 1,800 miles driving to and from Texas in the Chevrolet Cruze that I bought explicitly for long-distance roadtrips…mainly, because this thing sips fuel like a hummingbird drinking from a flower, tiny little bits at a time (421 miles, less than 10 gallons of fuel, highway speeds, air conditioning on full blast and fully loaded with gear.) The Cruze is a very competent road trip car, if it is underpowered for my tastes. Driving it from Bowling Green to Temple, Texas would be fun, right? Because nothing says “fun” like “unknown car on roads I last saw over fifteen years ago”, right? That’s why I wanted to review some roadtrip trigger points: the things that I wish I could eliminate from the trips that would make my time on the road that much more lovely. 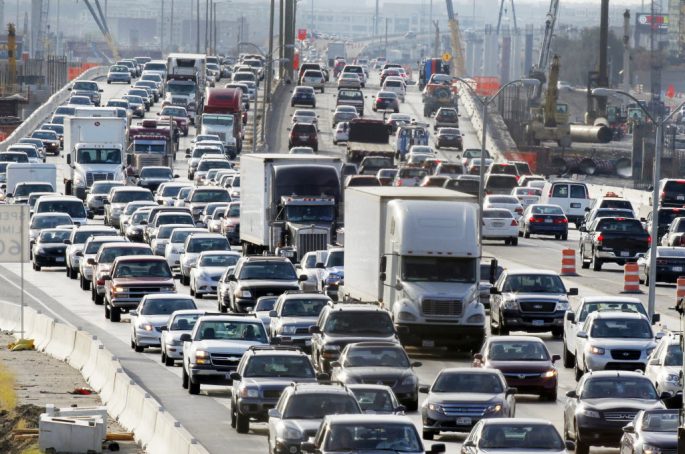 It has been a minute since I have been in a no-kidding traffic jam like the kind Dallas can sport any working day in the afternoon. It’s been thirteen years since I’ve been stuck in a traffic jam in a manual-trans equipped car, and it’s been only a couple of days since I was a human form of Wrath. Whether it was the Chevrolet truck with the unrealistically loud exhaust that was sitting a car length behind my driver’s side forever and a day, or the Subaru Impreza that ran all the way up the lane that had been told to merge three miles ago just to dart in front of my car with a thin blond hair’s gap between their rear bumper and the license plate frame on my front bumper, I loathe those time periods where humans move en masse. Where’s that giant plow-equipped semi from Mythbusters when I need it? Traffic at a standstill? Time to shove some vehicle-shaped appliances out of my way… 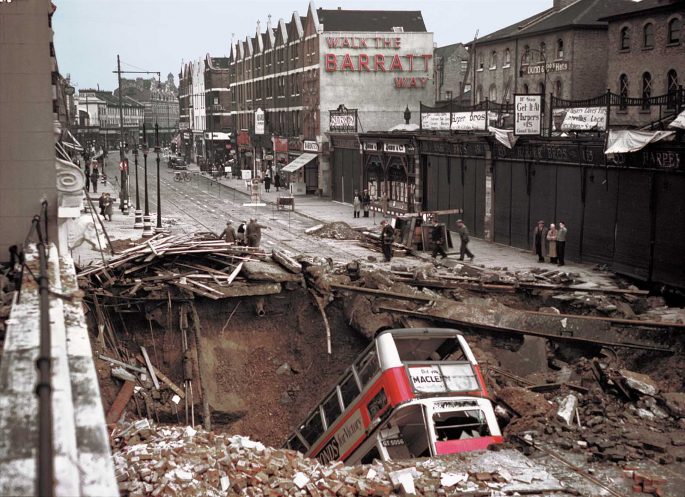 I have a question for the Texas DOT: At what point did you reach an agreement with Fort Hood that allowed Apache gunship helicopters to shoot Hellfire missiles at and field artillery to lob their shots down onto Interstate 35? Next time, I’ll see if Travis Pastrana still has access to his RallyCross Dodge Dart, it might be better suited to what that stretch of Interstate has become. No, it’s not just that one stretch of roadway. I’m sure that you all have that one stretch of road that just flat sucks…potholes, horrible “repairs”, cracks, flood damage, the like. There is the section of I-40 East in Arkansas that simulates a failing front end situation on every last car I’ve ever driven on that sorry stretch. When I-64 in Southern Illinois is the Autobahn by comparison, it’s time to fix your roads. Ohio, Michigan, and Oklahoma, you are just as guilty. 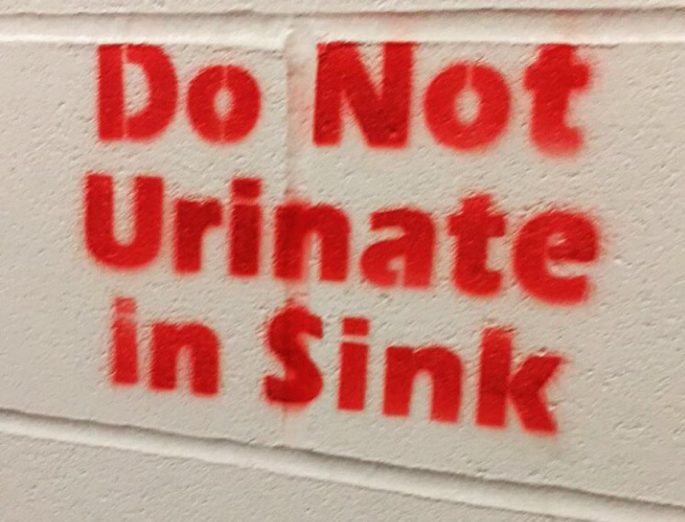 Ok, this has been a punchline for many comedians for years, the “horrifying restroom” story of seedy truckstops and the random gas station in the middle of nowhere. Joke about it or not, but there is always a grain of truth in the story. I’ve seen a guy washing his foot off in a sink. I’ve heard noises coming out of the restrooms that made me suspect that a large rhinoceros was being kept hostage inside. I’ve politely offered to purchase a fiber-rich snack for a poor soul who was making mid-exorcism noises only to be told to go to hell. I got to hear the unbelievably horrifying screams of three women who had never encountered auto-flush toilets until one flushed uncommanded while still in use and nearly pissed myself laughing. And that’s not even scraping the bottom of the bowl when it comes to the things I’ve had to experience. A tip: Love’s, Flying J, or Pilot truck stops are the places you want to hit up first, rest areas second, fast-food restaurants third. After that, hit the woodline. 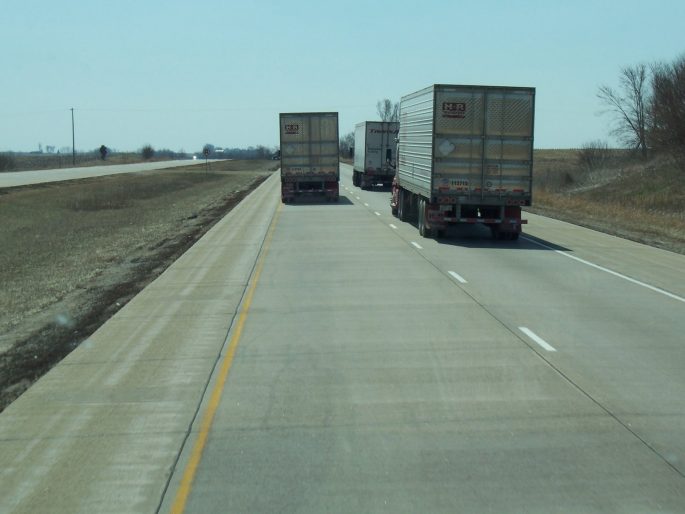 It’s a phenomenon that can occur on any two-lane highway, but I find is most predominant from Kansas eastward. I call it the Midwest M.F. (you can figure it out) for one reason only: that’s the first word that comes out of your mouth when the semi-truck that is going 62.1 MPH goes to overtake the semi going 62.0 MPH. You had been happily rolling along at five over the posted limit, minding your business, and now you are stuck behind a rolling roadblock with nowhere to go until the overtaking maneuver ends about eleven minutes later. The ONLY thing that could make this scene good is if you had Brian Lohnes providing color commentary for the battle between the Dick Lavy Trucking Kenworth and the Swift-owned Freightliner instead of you boiling over behind the wheel. Just remember: you don’t want your kids to repeat what you scream at the trucks while they are in the shopping cart at Walmart!

11 thoughts on “Unhinged: The Unpleasant Bits Of The American Roadtrip”