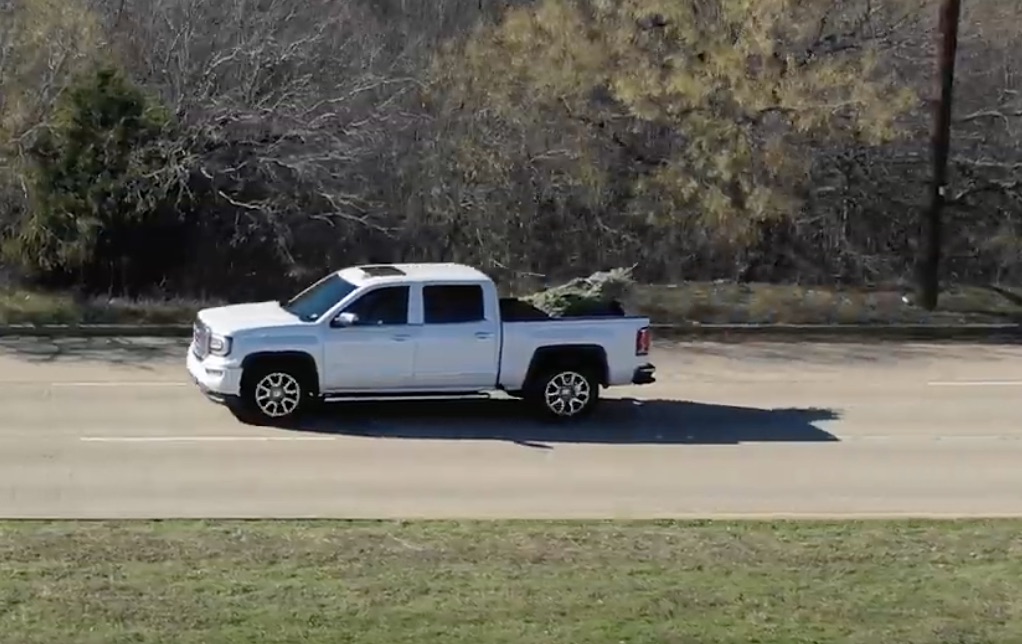 There are few things in the world that will make me roll my eyes and sprout a headache faster than internet challenges. I hate this crap. It’s as bad as a chain letter…”Hey, I’m going to dance in my yard in my underwear, and I challenge ten of my friends to do the same!” And thanks to the insta-fame that social media can hit unsuspecting video-makers with, the game soon turns to one-upmanship. Remember the ALS ice-bucket challenge? Okay, it started out as a charity cause, and nothing wrong with that, but then it became about the show of it all and the charity took a bit of a backseat. Well, we have another attempt at internet fame and this time, the holiday season is mixed in for good measure. Oh, joy.

The World’s Fastest Christmas Tree. Simple enough: go get a Christmas tree that’s actually a tree, have it attached to the vehicle, and rip off a quarter-mile time. The GMC Denali in this video is in the bottom 12-second zone, and that’s kind of neat, but a couple of things to note, if I may. First off, nobody is believing that “somewhere in Mexico” line. At least don’t do it near billboards if you’re going to flat-foot a dragstrip blast on State Highway 212 or something like that. Second, what you are doing if you do make a rip on the street is open to many different statutes, depending on location. It could be street racing, it could be excessive display of acceleration, it could be reckless driving. And lastly, if the above two points aren’t enough for you to think twice, at least make sure the damned tree is solidly secured. Losing a Douglas fir out of the back of your truck while you’re over 100 MPH would suck.

Thanks to Charles Wickam for the tip!