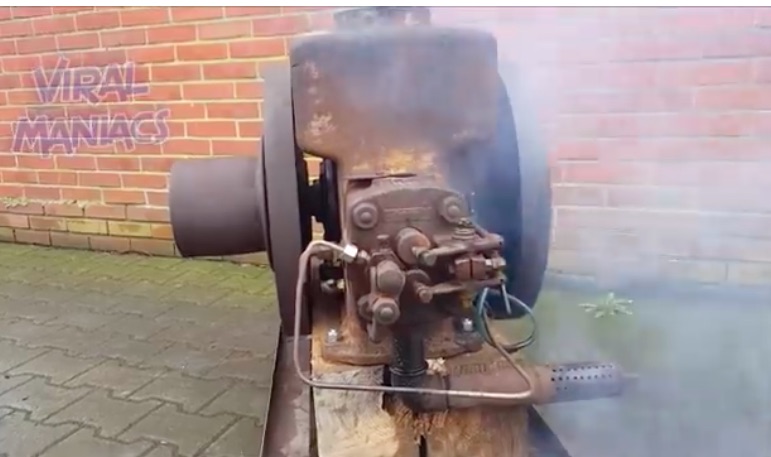 We live in a very standardized world today. Lots of our technology that exists in 2019 is simply a refinement of stuff that existed 100 years ago. Engines, cars, machines, these are all things that were around in basic form a century ago but back then they were available in such incredible volume and with such different philosophies in terms of construction and engineering that its mind boggling today.

Yes, people have different designs for stuff in the modern world but they are subtly different, not wholly different as these engines are. Just the starting process on half of these things is either dangerous as hell or just plain backbreaking work! None of these things start electronically. Every engine you see in this video was started by someone’s ass working up a sweat on a flywheel, a handle, or some variant of both!

In today’s world, we live with the victors of this technological race. In the era when most of these engines were built, they lived with the competitors. Some of those competitors were designated to be come icons and made of them sunk under the financial waves, never to be heard from again. That’s not totally true. Many of those failed companies introduced ideas that were adapted by more successful operations to improve their product.

This is a fun video!