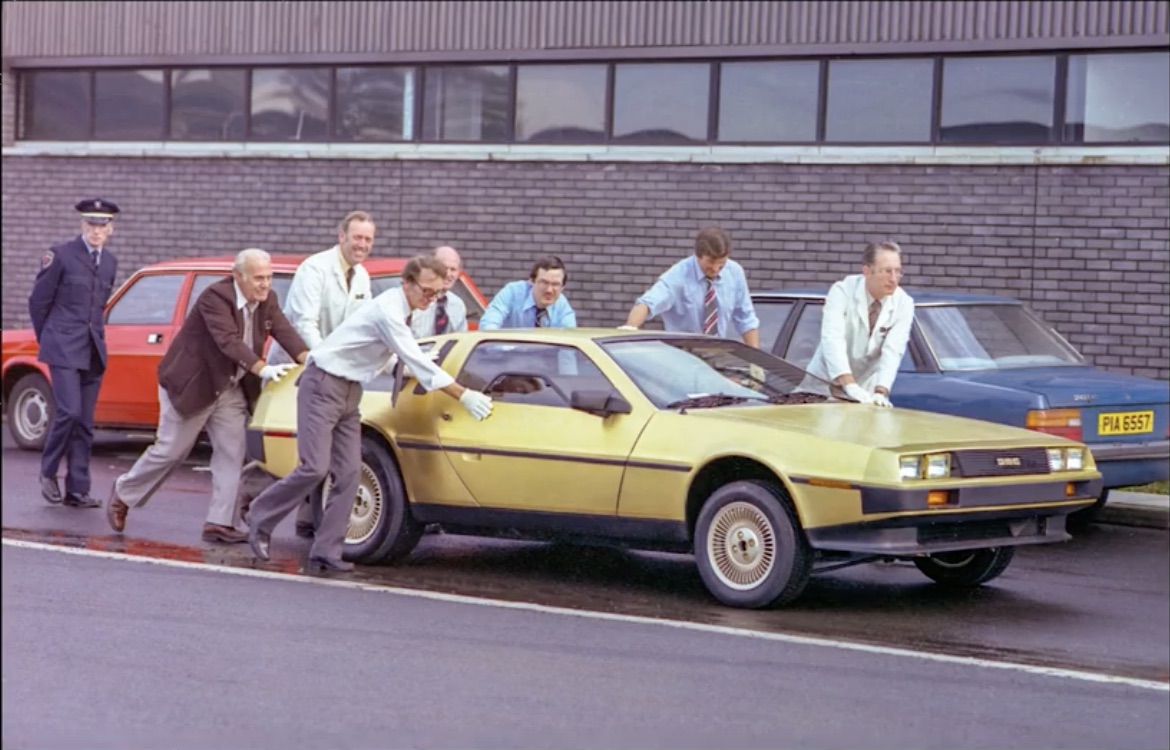 If nothing else, John Z. DeLorean was ambitious. The ambition that saw him as the youngest head of a GM brand in the early 1970s gave way to the company and car that bore his name. He wanted to take his talents beyond what the GM bureaucratic system would ever allow him to go, he wanted to further etch his name into the public psyche and most of all, he wanted to be the star of the show. His sports car was troubled from start to unglamorous end, his company ran on quickly exhausting funds, his factory was set in the middle of one of the hotter neighborhoods of Northern Ireland during The Troubles, and by the time it was all said and done there was the cocaine bust, the purchase of what was left by Consolidated International (read: Big Lots!) and the demise of a dream. By 1983, everything was done. DeLorean’s shooting star had burned out…the remainder of his days were filled with lawsuits, watchmaking, engineering plans, and the hope that he could start another car company.

Now, let’s rewind for a moment back to 1980 and to one of the strangest offers we’ve ever heard for a Christmas promotion: if you used your American Express gold card to pay, for the princely sum of $85,000, you could pick up a 24-karat gold-plated DeLorean. Legitimate gold. That’s a story so unreal that you’d think it was part of a super-cheesy comedy, but no, it actually happened and three cars were built: One was sold to a former Royal Canadian Navy officer. One was built from the spare parts in the pile of stuff that Consolidated International acquired and was raffled off as a prize. Then there is this car, ordered by a banker from Texas who let it sit in the lobby of his bank for two decades before he donated it to the Petersen Museum.

Again…someone actually spent $85,000 on their credit card to own a gold-plated DeLorean. My brain hurts from trying to figure out why.

The Aussie Verison Of A "No Fs Given" Build Involves A Turbo Hanging Out, Huge Burnouts, And Fire (Video) This Drive-In Intermission Commercial For the New 1966 SS396 Chevelle Is Weird And Cool - Remember It?