A Good Once-Over: Checking Out The Super-Patriotic And Super-Sketchy Chevelle 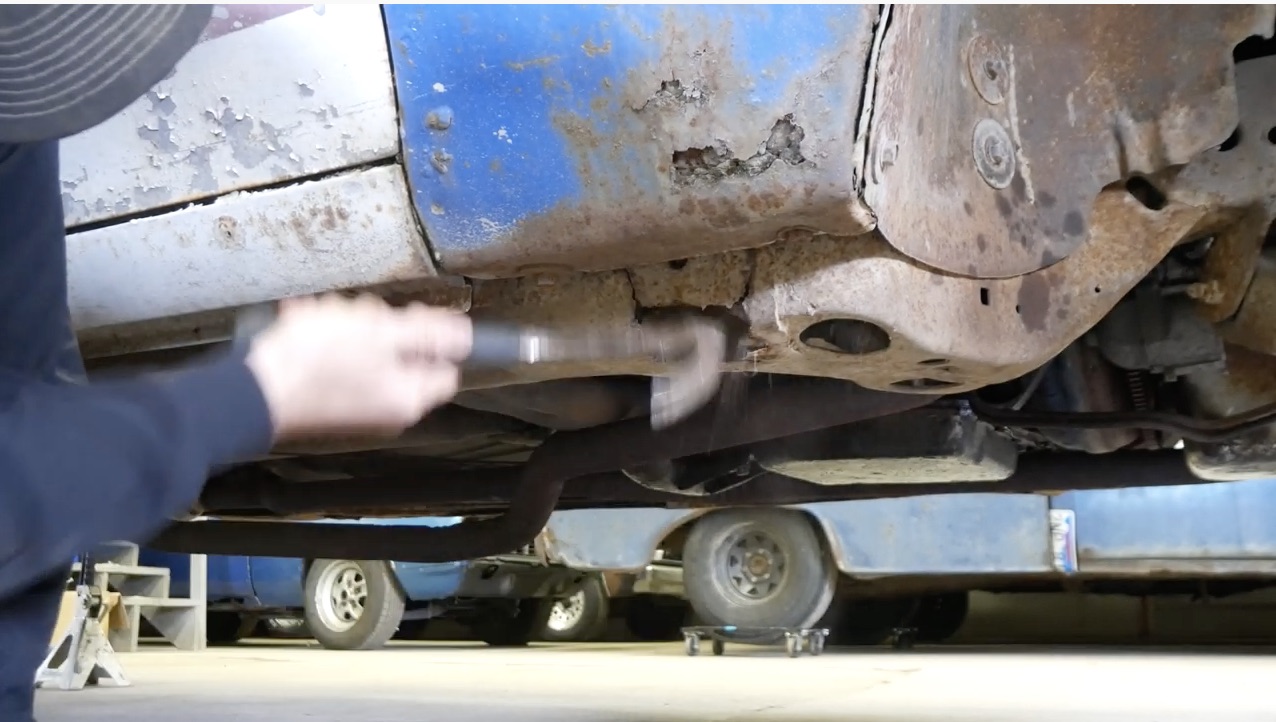 On the plus side, the 1972 Chevrolet Chevelle that Vice Grip Garage recently acquired has a lot going for it. The star-spangled paint job, the patina that couldn’t be faked if you tried…hell, the car even managed to limp a few hundred miles from it’s back-alley lot space to the shop up north. But, even by Derek’s own admission, the Chevelle has problems. We’re not talking “stressed parent” problems here, either…we’re talking off the rails, full-on Betty Ford Clinic levels of effed-up that made a day trip drive a pucker-worthy, white knuckle affair that probably required a shot or seven of the good stuff after he got home.

Well, it did make it home and it is in the shop. And Derek didn’t die or get arrested for driving about 10,000 screws and bolts roughly in the shape of a car on the Interstate, so the first issue isn’t one. But now it’s time to figure out what the Chevelle is really all about, including the super-sketch front end issues, the steering that takes the suggestions from the steering wheel and promptly ignores them altogether, and the frame. Jesus, that frame. That frame is the stuff of nightmares. But hey, at least the swapped-in smogger 350 is salvagable!

6 thoughts on “A Good Once-Over: Checking Out The Super-Patriotic And Super-Sketchy Chevelle”