American Alternative: Reflect On The AMC Pacer, The Car That Tried It’s Best 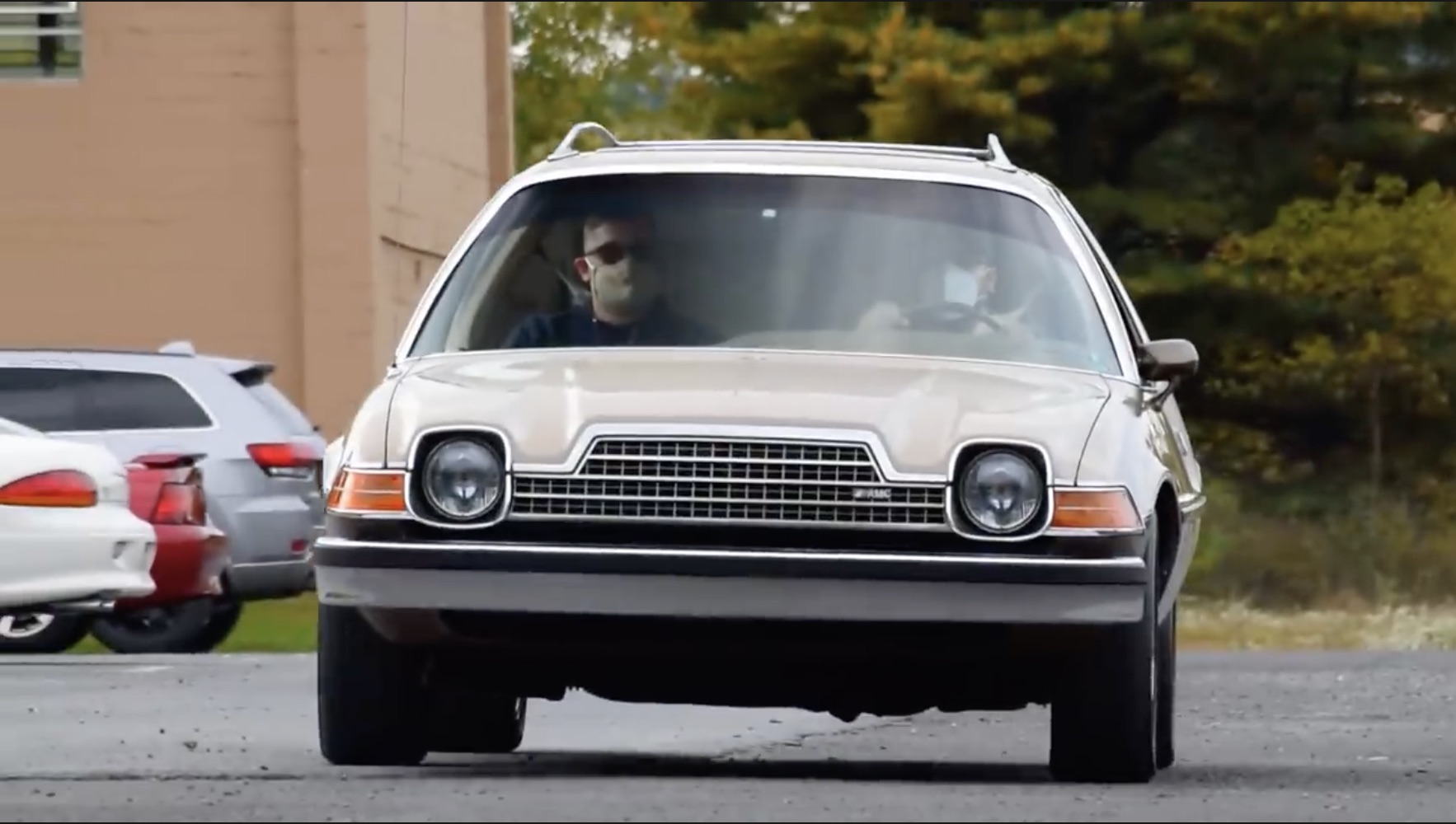 My stepfather is the kind of man that makes most people nervous. He looks like he’s ready for violence at any point in time. His voice goes from quiet and deadly to death metal at full volume in a matter of seconds. He’s built like a brick shithouse. And he likes pugs. Yeah…big mean man, dude loves those snorting little dogs that look like their first few steps in the world involved running straight-faced into the nearest brick wall. “They’re so ugly, they’re cute.” That’s what he said as I was attached by two happy, snarfling pups. And I get it. The pug is many things, but it isn’t handsome, that’s for sure. A Rottweiler is handsome. A German Shephard is handsome. A Pug? It’s ugly…but somehow it’s cute, with it’s flopping tongue and raspy breathing noises.

That’s about the same way to view the AMC Pacer. Even if you think that it’s a train wreck, you have to give AMC the credit that it is due: they were at least trying their asses off to find the mark. AMC magic man Richard Teague was seriously screwed over by American Motors’ budget. He had talents like you wouldn’t believe and was working with sawdust and a prayer. He had hopes and dreams and AMC did their damndest to help make them real, but it could’ve been better. It could’ve been more economical if AMC had looked at the gearing and added forward gears. It could’ve be more sporty if the glass ass rear shape had been molded down into something radical…I’ve seen a roof chop on one of these with a whale tail like an old Porsche, and it looks like AMC’s version of a Porsche 928. They could’ve made it into a ute with a slight bit of length added, and that would’ve looked…well…great, actually.

Instead, it is what it is: not a barge, not an import, not a desirable, but a collector nonetheless.

Shop Of Dreams: Uncle Tony Meets The Hot Rod Hoarder's Collection! Wanna Build Your Own Carbon Fiber Roof? Watch These Guys Do It To A 1977 Toyota. You Can Do This Too!

3 thoughts on “American Alternative: Reflect On The AMC Pacer, The Car That Tried It’s Best”