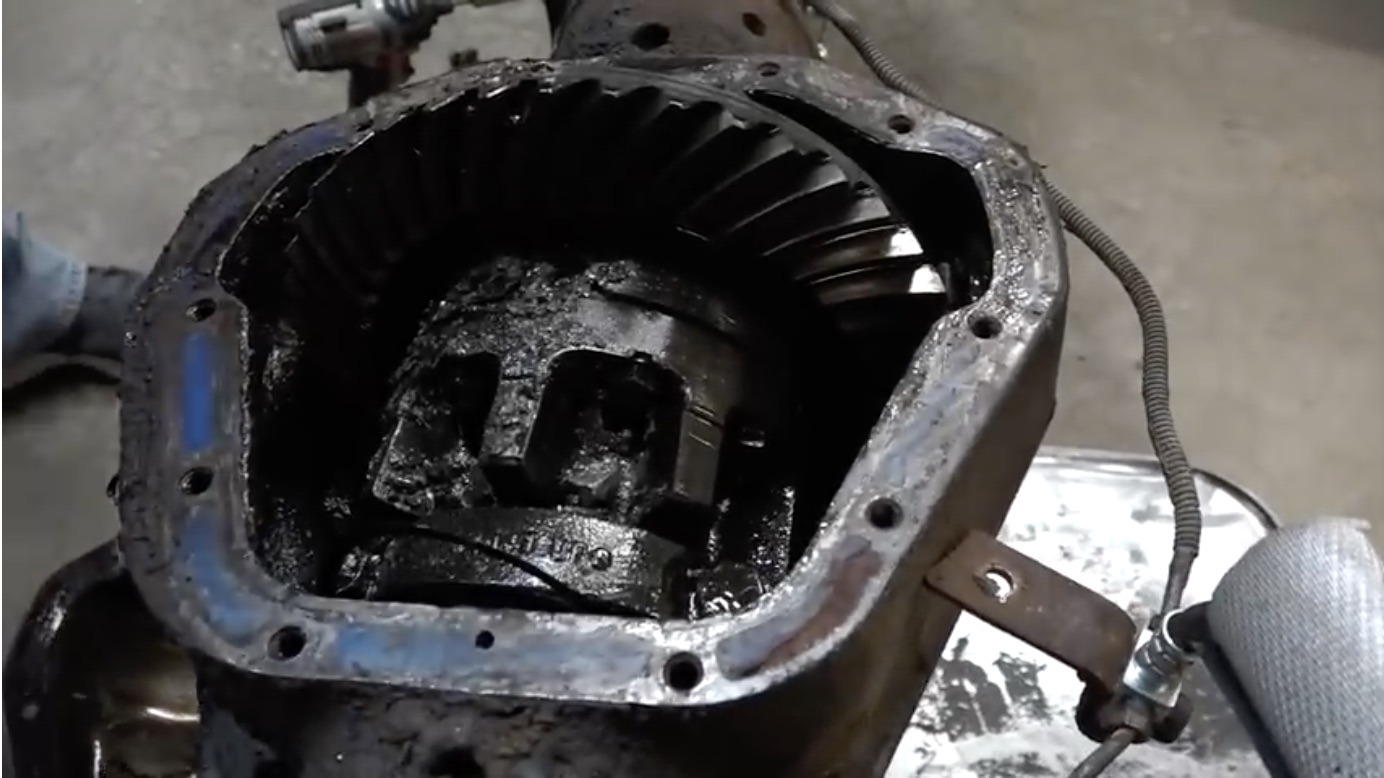 Finnegan’s original car hauler, the Roadkill Ramp Truck, has been enjoying a pretty solid build. It’s gotten a full Cummins swap that’s nicely wicked up via a compound turbocharging system. It’s been trimmed up to be useable. And since it’s got new power that is well beyond what the 454ci Chevy mill was going to offer up, it was able to perform some absolutely epic dual-rear-wheel burnouts…right up until the 4.10-equipped Dana 70 turned itself to confetti in short order. Whoopsie. Who knew that a Dana 70 would pack it in as badly as this one did?

Well…it’s D-O-N-E dead. The moment the transmission is put into gear, it sounds like a dryer that has ball bearings in the drum. Not good. That means that it’s time for a rear axle upgrade, and while Finnegan is at it, a re-gearing wouldn’t be a bad idea either, since the Cummins hasn’t been happy buzzing around with the gas engine-friendly gears. The Dana is out and going into place is an American Axle and Manufacturing unit with an 11.5″ ring gear (versus the Dana 70’s 10.5″ unit) that will also add rear disc brakes and will put 3.42 gears out back, a change that the Cummins will be more than happy with. The AAM unit is meant for a single-axle truck, which will get some clearance that the ramp truck needed for rolling stock. Here’s the story from the shrapnel milkshake that they made in the case to the Ramp Truck’s return to the road, better mannered and ready to get back to work!

Old Man Out: This 1961 Buick Skylark Sent Supercars Packing At TX2K19! You Might Not Need A Thousand Ways To Die...Just This Turbo V8 Garden Tractor!

One thought on “Axle Necropsy: How Badly Did Finnegan Kill The Ramp Truck’s Dana 70?”