Carnage, Indeed: Here’s The Damage When A Tailshaft Disintegrated On The Dyno! 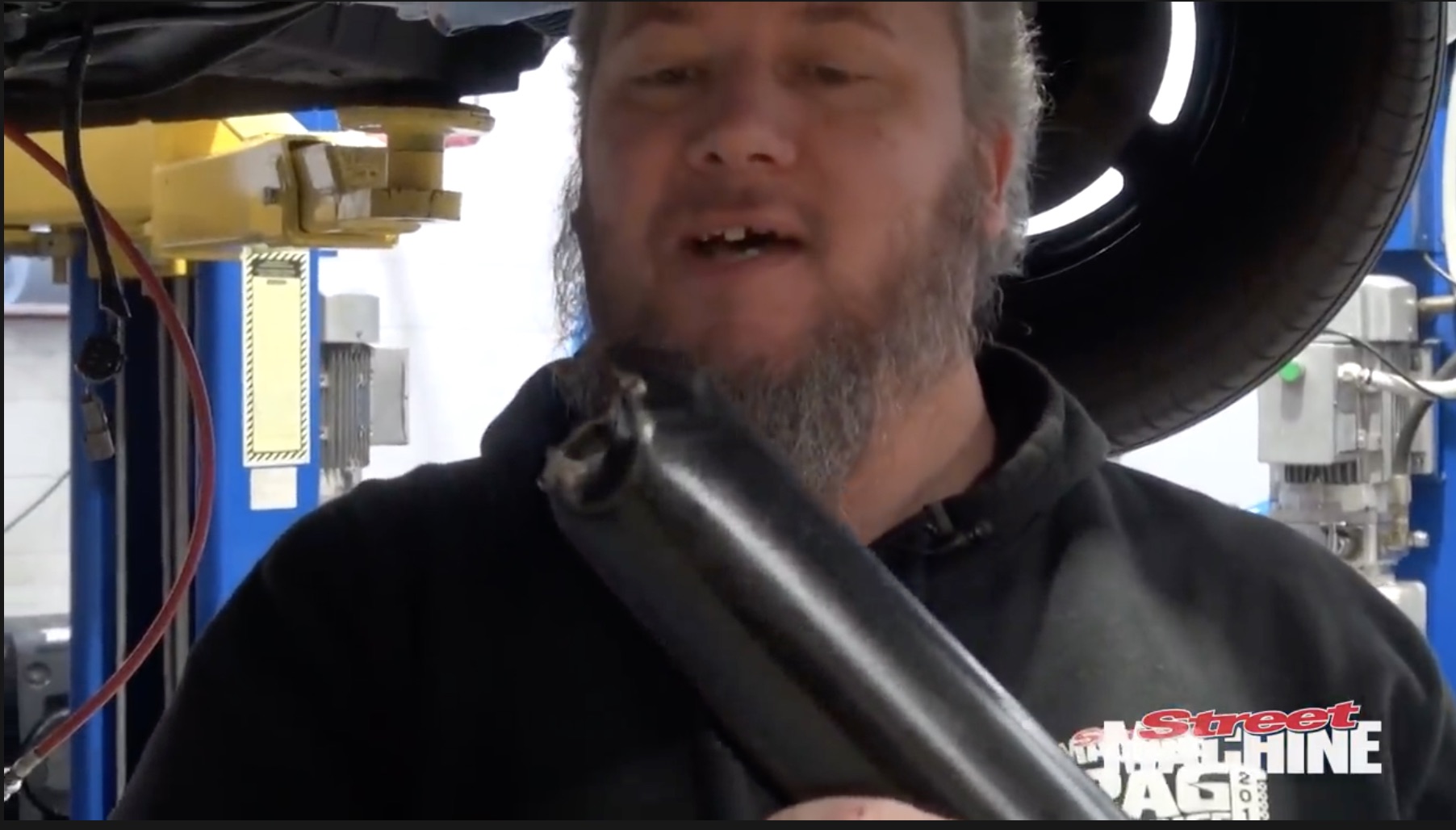 If you haven’t been following the Buick V6 build that Street Machine has been putting together for their Holden Berlina, then you might have missed the note that it’s being built for a bit of friendly competition against an EA-generation Barra-powered Ford Falcon. As Scotty slams the Buick together to drop back into the Berlina, some action came out of the other shop regarding the Falcon, a dyno pull, and a transmission tailshaft that utterly packed it in, in a violent manner. We’re not even kidding or even being hyperbolic about it…when you put a giant hole in the floor and twist the driveline into two individual pieces, that is violent in the proper, correct sense of the word.

Scotty and Zane, the builder of the Falcon, will walk you through the damage. Zane was behind the wheel on the dyno when shit went down, and being fair, if you were in his situation, you would be filling your shorts, finding yourself covered in hot, red liquid and knowing that there was a major trans failure. Step one would be to see if every last body part was still attached. These were supposed to be down-and-dirty budget hot rod builds, but the Barra in the Falcon has some grunt (translated, over 560 horsepower) and nothing from the late 1980s or early 1990s was truly ready for that kind of twist.

It isn’t normal to think about a trans blanket or any other of those race-spec parts on your car if it’s a street build, mild runner or anything like that, but nobody ever sees the damage coming until it’s happened. Know the risks, know your systems and pay attention to your safety gear.

Watch This 434ci Small Block Make 1,440hp With Twin Turbos - New Zealand Hot Rodding, Baby! Retro-Review Fun: This 1994 Look At The Then Current Acura NSX Is A Reminder Of How Strange These Cars Were