The Bitter End: This Video Of Chrysler Turbine Cars Being Destroyed Is Hard To Watch 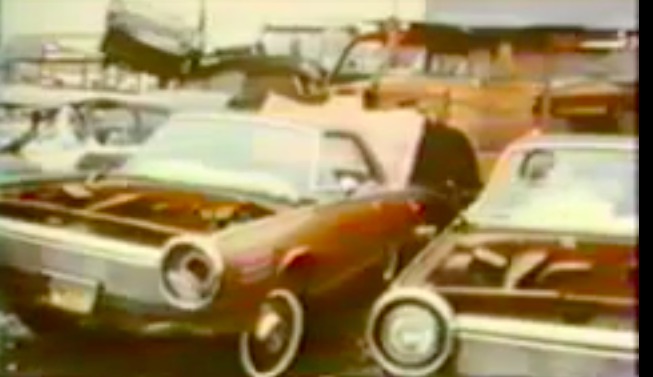 A while back I posted a video of a1960s Chrysler turbine car being road tested at the Chrysler proving grounds. The video was cool because we saw the car hauling around the track and rip roaring over various types of terrain. Well the end of that program is something that is still hard to swallow for the people that were involved. Why? Chrysler had the cars destroyed. This video if the Chrysler turbine cars being destroyed is not really fun but it is interesting.

Remember, Chrysler embarked on one of the coolest PR campaigns in automotive history when they contracted with Ghia in Italy to build 50 of these cars, which they did and then shipped home for the engineers here in the USA to install the engines and stuff into. These were truly custom cars as each one of them was basically hand made and there was so much variance between them that it was almost impossible to swap pieces like trunk lids, doors, and other seemingly “easy” and normally uniform parts.

Not every one of the cars was destroyed and famously Jay Leno owns one and he still drives his. There are still a handful of non-running examples out there but the vast majority of what was a truly successful program met its end and it did so in front of cameras to document the fact that it happened.

The guys who ran the program, serviced the cars, and made sure that people knew how to operate them went and apparently watched this. By all accounts of the people who were there that day, it was not fun. Loads of craftsmanship and hard work got leveled.

Turbines were refined into being functional automotive power plants. They were never “better” than piston engines but they were competitive, comparable, and able to power families around the country as the Chrysler test proved. The one thing they could never do was blow clean enough to deal with ever tightening government regulations.

Believe it or not, the Chrysler turbine program soldiered on to 1977 with multiple more generations of engines coming out before that point. The 1977 turbine Imperial was the true closing stanza of one of the more interesting engineering programs in US automotive history.

3 thoughts on “The Bitter End: This Video Of Chrysler Turbine Cars Being Destroyed Is Hard To Watch”