Classic YouTube: Chrysler Wasn’t The Only One Messing With Turbines – Check Out This Coal-Powered Oldsmobile! 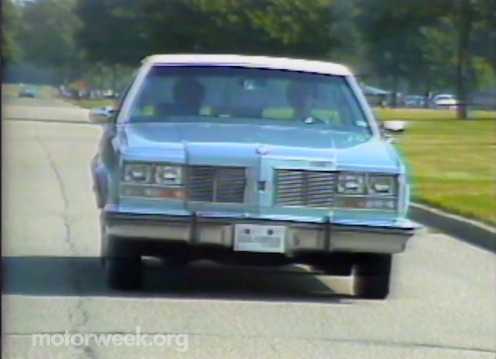 General Motors walked into the Eighties in a kind of bi-polar state of mind. On the positive side, the downsized B and A/G body cars were a solid strike, the truck line was going well, the Camaro and Firebird were coming off of some of their better years and headed towards a very well-received refresh. Not bad…unless you mention “Oldsmobile” and “diesel” in the same sentence. In the pursuit of finding a solid answer to the issue of dealing with gasoline supply, which was still very heavy on the minds of consumers after the fuel shortages of the 1970s, GM was hunting down just about any answer possible.

The strange thing is, if you look at the time period, it was Chrysler that was doing well: with the introduction of the L-bodies (Omni/Horizon), Chrysler actually had a semi-competent, MPG oriented front-driver that was a solid precursor to the K-car. And Chrysler was still putzing around with turbines, with the last four cars (three Dodge Aspens and a Dodge Mirada) being tested by the Department of Energy. GM had made the right move in shedding hundreds of pounds and plenty of unneeded real estate off of their cars, but would it be enough? Apparently not, because one 1977 Oldsmobile Delta 88 was tooling around Michigan, doing it’s best Boeing imitation. MotorWeek covered it then and recently dug up the footage of the two-ton dog whistle for their Retro Review series. Can you picture Aunt Edith firing up this beast?

Awesome Watch: This 1980s Drag Racing Documentary Centers Around Kenny Bernstein And It Rules In Memoriam: Maurice Petty, The Chief Of The Petty Dynasty

One thought on “Classic YouTube: Chrysler Wasn’t The Only One Messing With Turbines – Check Out This Coal-Powered Oldsmobile!”