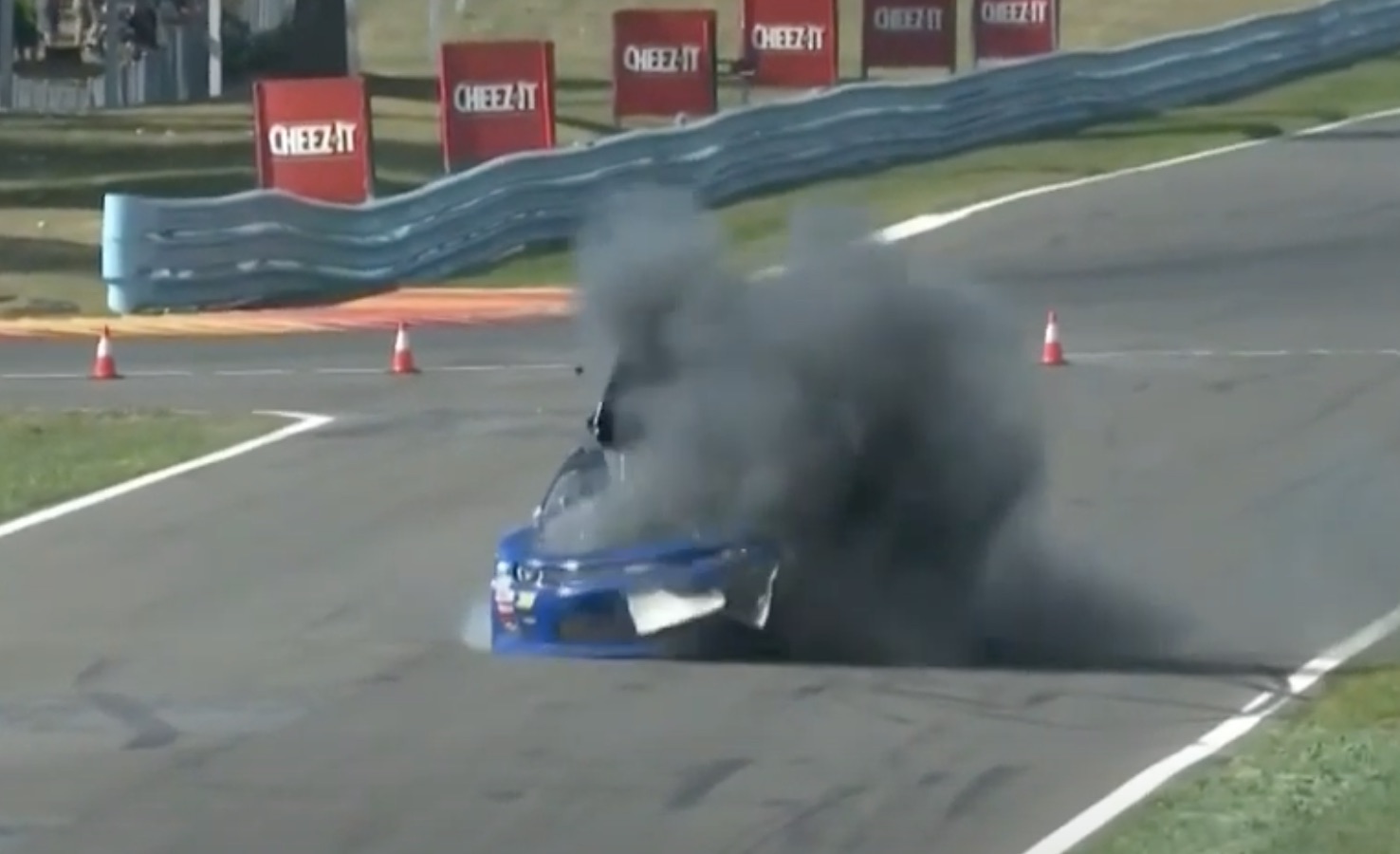 Mangled sheetmetal at a NASCAR race isn’t exotic. In fact, many consider it a rite of passage to finish the race with a rear bumper that’s been tapped more times than a keg, doors that have numerous tire rash marks and a tweaked nose cone. It meant that when you went out to race, you weren’t pussyfooting around, you meant business. But when the camera panned to Derrick Cope’s Chevrolet as it rolled to a stop at Watkins Glen’s “Bus Stop”, there was a question: how did the hood get blown up and twisted over? What happened? The wrecked sheetmetal didn’t look like impact damage. So it was off to the replay and put simply, it looked like a bomb went off under the hood. A plume of black smoke rose from the folded hood after a violent report went off.

Many secretly hoped that Cope was hiding a nitrous bottle, or had managed to find a genius way to kill an engine. Cope was uninjured, and his car was never on fire, so with the safety stuff out of the way an investigation was launched to determine why his car went into Self-Destruct Mode. The result of that explosion was the left-front tire exploding due to a heat-degraded tire. With the tire weakened and hot after a broken spindle got things roasting, once Cope pulled off of the track, the heat became to much at a weak point in the sidewall and we got one of the most interesting things to come out of NASCAR in the last five years.