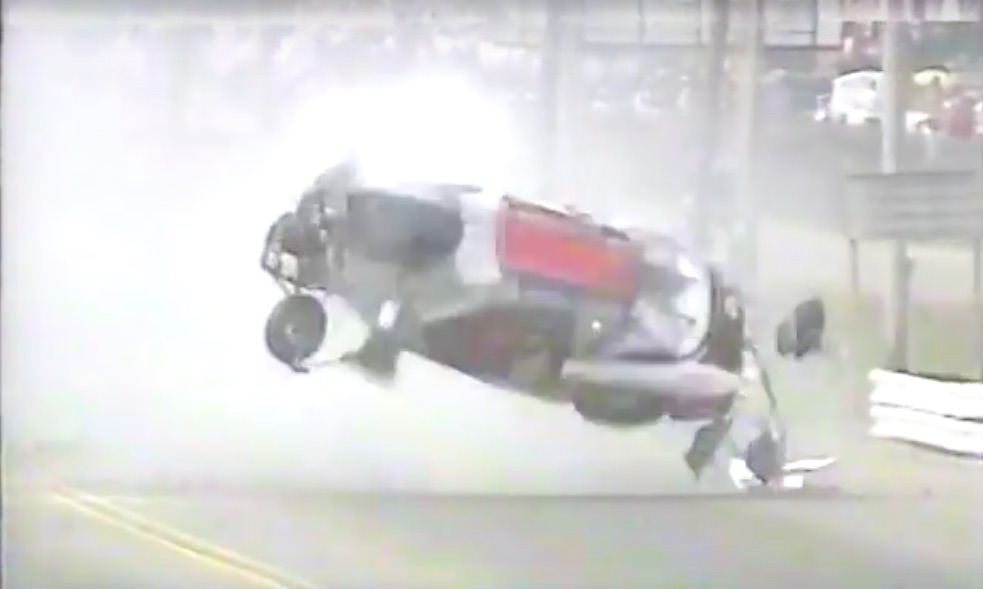 Ronnie Sox needs no introduction here. The Sox and Martin cars instantly bring in images of red, white and blue Plymouths fitted with a four-speed manual and the man from North Carolina who could run that gearbox like P.T. Barnum’s lion trainer. Between 1968-1971, Sox was beating all comers with his stick-shifted Mopars. In 1972 the NHRA gave weight breaks to Fords and Chevrolets, which hurt his win streak, and when the Lenco transmission appeared, Sox was the only racer to actually slow down. By 1975 the Sox and Martin deal had folded and Ronnie went out on his own. In 1995 Sox paired off again with Buddy Martin and was fielding a Ford Probe in IHRA competition, right up until the Summernationals at U.S. 41 Dragway in Indiana.

Shortly after the launch, an oil line blew out and coated the track the car was on. Ronnie attempted to drive through as the car slid into the left lane, but when the back end came around on him and the tires dug in, there was no saving it. The Probe rolled fourteen times violently, throwing body panels before slamming down onto all four wheels with the engine on fire. Sox suffered a broken sternum, broken ribs, a bruised eye, and “a whole lot of other injuries. It was a bad scene,” he later told CompetitionPlus. Though he ran exhibitions up until 2005 and even ran Pro Stock Truck in 1998, the 1995 crash took a huge toll on Mr. Four-Speed.

One thought on “Classic YouTube: Ronnie Sox’s 1995 Crash At The IHRA Summernationals At U.S. 41 Dragway”