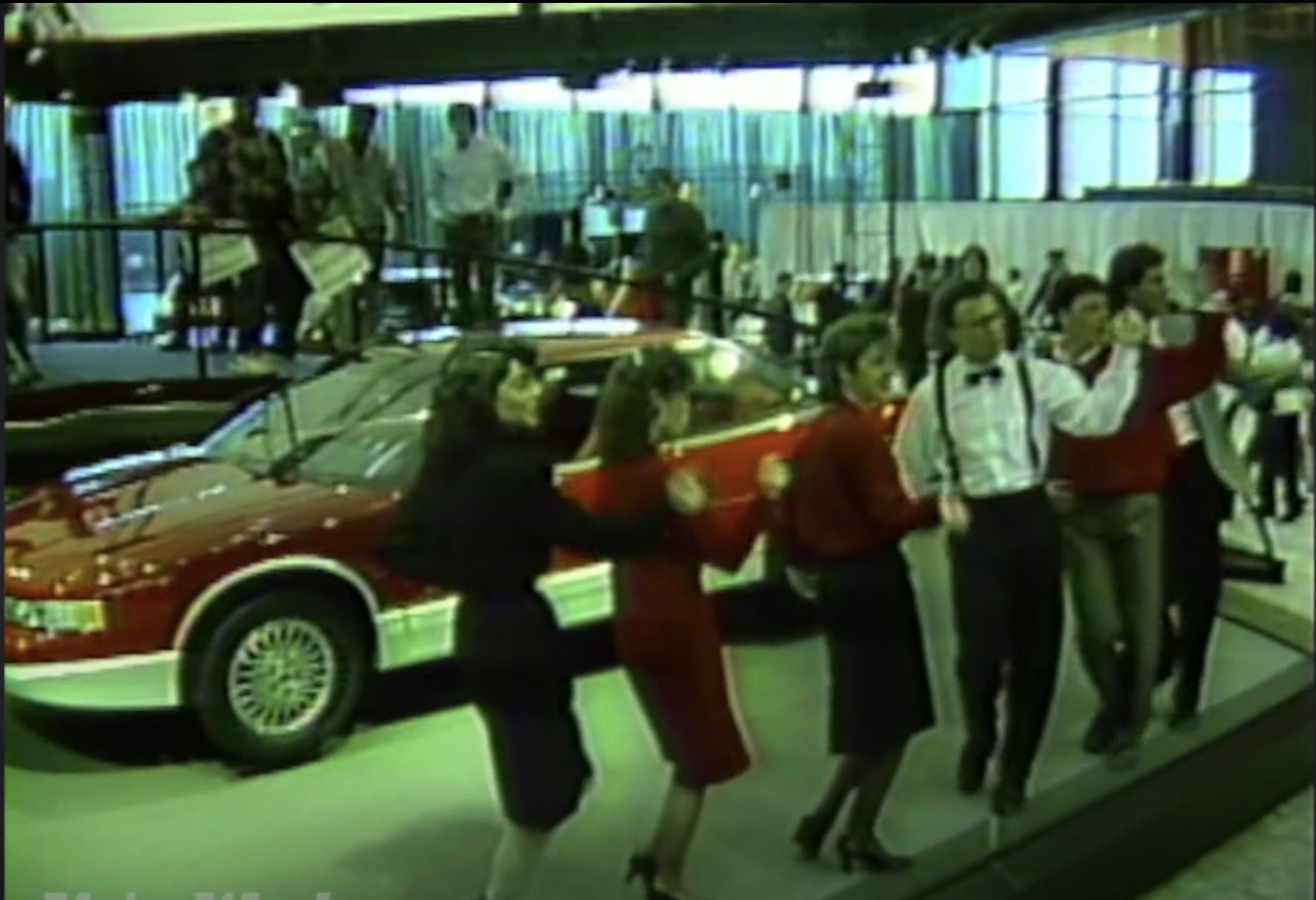 1988 is the year that I figured out that I was a gearhead, and that it was a permanent fixation. I was learning about classic Mustangs and disco Camaros, was focused on the clean orange El Camino that the neighbor owned and was huffing that new car smell that my grandfather’s Chrysler New Yorker’s Mark Cross leather was gassing out. There were cars like the Chevrolet Beretta and the Ford Probe that looked great to a young child’s eye, that I’d be years away from disappointment. Low, pointed noses, monochromatic paint, the early adoption of aerodynamic stylings, and a steadily growing ember of performance returning to the dealerships…it might not have been a fantastic time to be interested in new cars but there were good points. If nothing else, think of the cheap old iron from this point in time.

If you haven’t been to a convention like PRI, SEMA, or an auto show, it looks pretty much like this: visuals-heavy displays, crowds, and a strange feeling like you might have made a mistake showing up once the painted-up clown appears and the strange music starts. And yes, it happens. But it’s worth it to see the machines, isn’t it? Concept cars, the latest and greatest on display, the ability to see them in person instead of looking at photos, magazines, websites and grainy phone videos…it makes the super-cheerful yet completely saccharine hosts on the floor bearable. Imagine seeing the Pontiac Banshee concept car in person for the first time…if there’s a highlight from the 1988 Chicago Auto Show, the Banshee had to be it!

One thought on “Classic YouTube: The 1988 Chicago Auto Show”