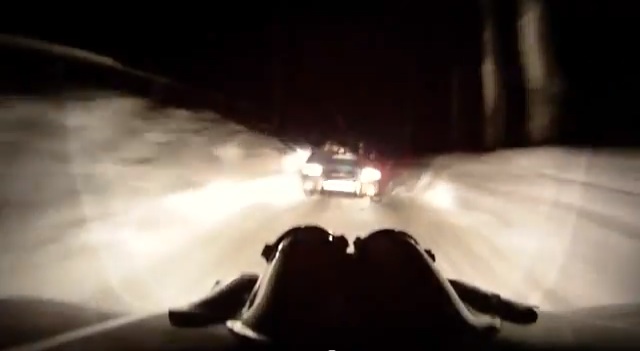 Snow rallying takes everything that is insane and dangerous and multiplies it by ten due to the lack of traction and all of the fun that frigid temperatures brings to the stage. Snow and ice are not friendly to cars at the best of circumstances. Run a winter stage at night and things get that much worse, because the world quite literally becomes black and white: night sky, white snow. A driver has to be perfectly on their game in order to not ball the car up into a drift. But when an object…say, another car…is sitting in the middle of the stage broken down behind a blind rise in the road, there really isn’t much that anyone can do. We don’t know where this was filmed, though this did happen a couple of weeks ago, but we do know that all parties involved were alright…surprising, considering the speed involved in the accident. Click play below and prepare to cringe:

The Kemah, Texas Cruise Always Delivers On The Sweet Iron - Check Out This Latest Crop - Great Stuff! Combining Elements Of A 5-Ton Army Truck, An Air Cooled V12 Turbo Diesel, And A Snow Plow Gets You This Creation And It Rules