Executive Service: Swinging Big With A Ford Limo At A Burnout Contest 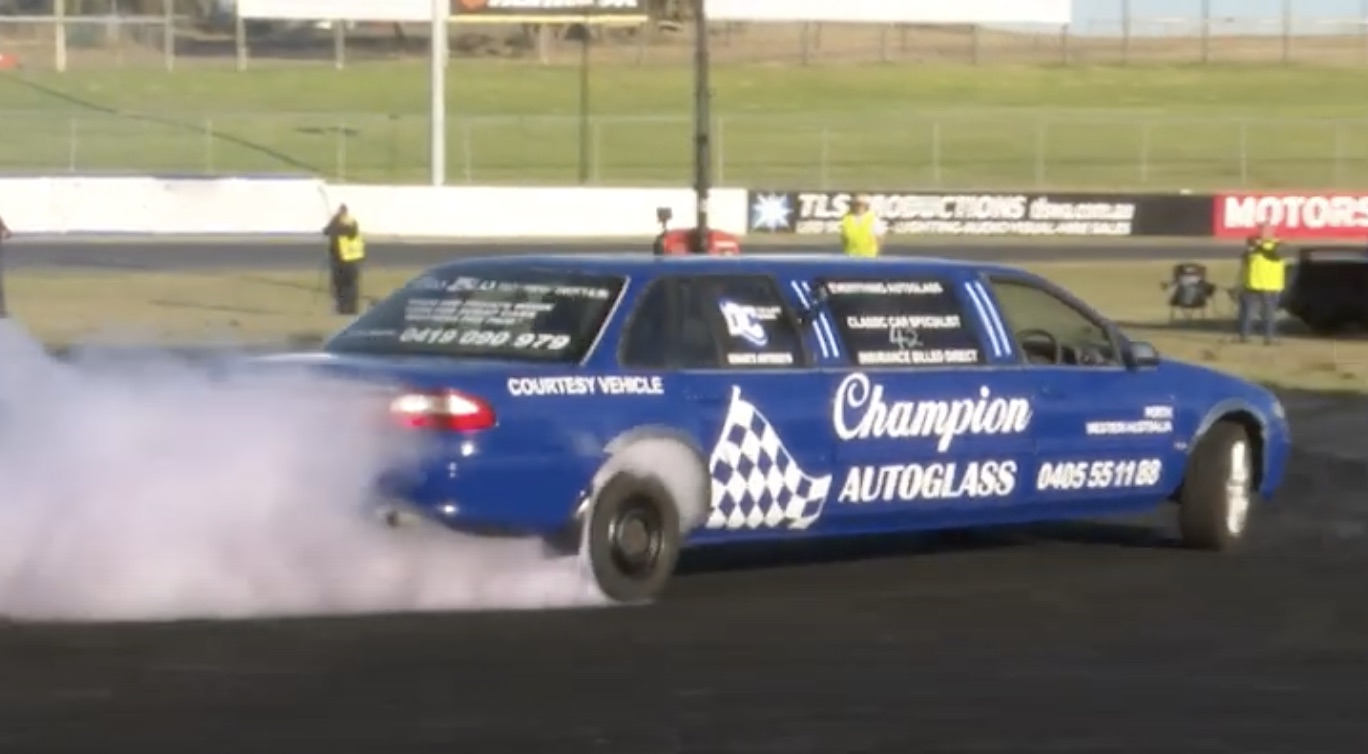 Do you remember the Cadillac limo we took to King of the Heap a couple of years back? We shelled out $650 of hard-earned money in trade for 5,528 pounds of “what in the hell were you thinking?!” and after using it like the worlds most underpowered, raggedy-assed pickup replacement, we took it to NCM Motorsports Park…where it pissed out all of it’s power steering fluid in fear and wound up DQ’d and parked over the gravel thanks to it’s inability to hold it’s fluids inside. It’s end was swift: after failing miserably at the race we bought it for, I did a valve-floating neutral drop in front of my house in rage, earning the car a second neutral. The next morning I drove it to the local wrecking yard with my wife and her truck following behind. Once weighed, they lifted the car up on a forklift to get me the wheels and tires, and the Cadillac promptly buckled just behind the driver partition. So long, you won’t be missed, etc.

Some of the behind-the-scenes of the Cadillac Limo were actually going to be good. At one point we were probably a good night of drinking away from pulling the trigger on LS-swapping that turd with the cheapest parts possible and road-tripping the car on something like Power Tour or Gambler. Scott wanted to dump as much nitrous as possible through the engine at a Cleetus and Cars event and send that barge off in a fiery end. If this Ford…what is that, a Fairlane?…is any indication, we would’ve needed a power snail or two on top of the LS to make the donuts. But if it looked half as graceful, it would’ve been worth it.

What Should Have Been: Footage Of The Chrysler ME-412 Running And Racing Rough Start: 1995 Jaguar XJS Convertible - Slip Into Something British For A Moment

2 thoughts on “Executive Service: Swinging Big With A Ford Limo At A Burnout Contest”