Go Fer Broke: Blow-Ups And Bad Breaks In The World Of Tractor And Truck Pulls! 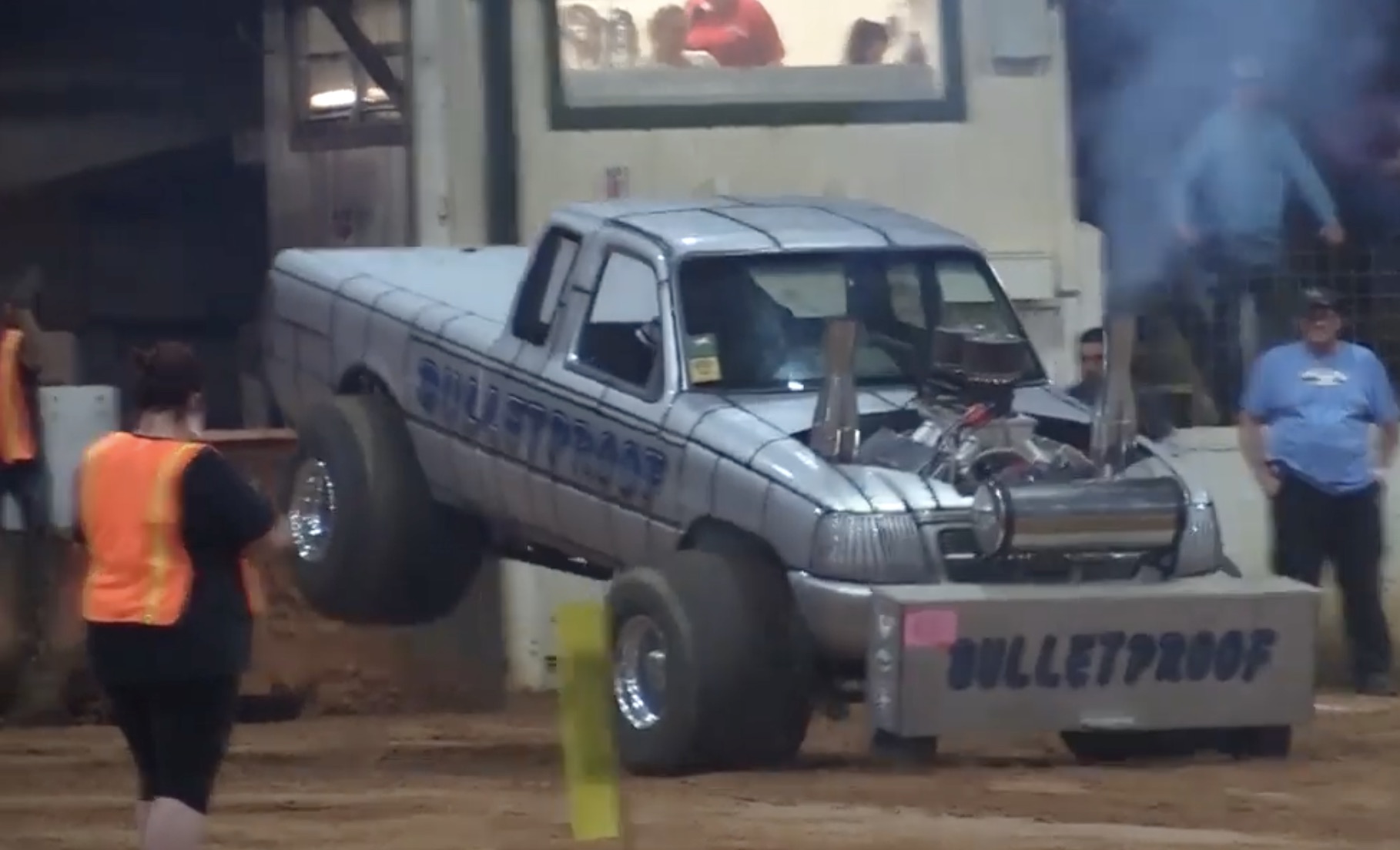 Out of all of the automotive sports I’ve born witness to, truck and tractor pulling is probably the most overall violent in actual brutality. When things go wrong, they go wrong in a hurry and usually involve chunked engines, a transmission that is suddenly a grab bag of neutrals, a rear axle that is filled with glitter dust instead of gears or fire…lots of fire. A top fuel car goes off like a bomb when it launches, no doubt. There’s anger in every last crunch in a demolition derby, sure. But when you are straining a severely boosted tractor’s diesel block so badly that the block itself stands a chance of turning into shrapnel, that’s a whole new level. I’ve seen a five-engine tractor become four oil leaks and a fire before. But I’ve never seen a radial pop a cylinder and keep on running like something major didn’t just happen, and I’ve never seen a truck pull a reverse wheelie just while backing up to the sled! You’ll see the tractor names…”Wild Ride”, “Go Fer Broke”, and others and you’ll get to watch some of the most hellish, violent rides that drivers have gone on. We’re talking bouncing off of the cage, going vertical, and seeing nothing but fire out of the exhaust tubes kind of bad here!

Bryce Menzies Is No Stranger To Awesome Desert Race Performances, But This Video From His BAJA 500 This Year Is Great Holley Hot Rod Reunion 2019: Our Coverage From Beech Bend Starts Now!