Historic Video: Watch Jerry Titus In A GT350 Battle Mark Donohue In A Camaro At The 1968 24 Hours Of Daytona 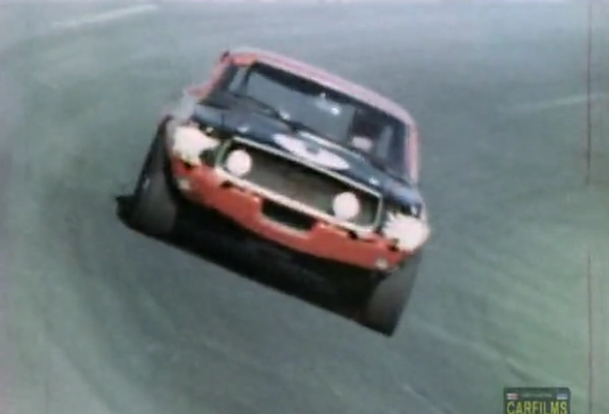 Anyone who picks up a pen or taps keys about cars and also harbors dreams of being a proficient racing driver owes Jerry Titus a whole lot. Titus was one of the few automotive journalists that could actually wheel a race car on a professional level. We’re not talking about showing up, being a back marker, and then going out drinking with the winners as a member of the boy’s club. We’re talking about a guy who could match skills, especially in Trans-Am cars with the best names of his day. He won in multiple series and unfortunately died as a result of injuries sustained in a 1970 Trans Am race at Road America. In a sad irony, the man he raced so hard in this video, Mark Donohue would also lose his life to a racing crash and a head injury a few years later. But back to happier times.

It was 1968. Titus was in a Shelby team prepared Mustang GT350 and Donohue was in the familiar blue and gold painted Camaro Z/28 that he had hammered to three Trans-Am victories in 1967 and which was poised to thoroughly dominate the series in ’68. The 24 hours of Daytona was and still is kind of an unofficial start to the racing year. Featuring exotic prototype style cars as well as good old sedans, the 24 appeals to both the hard core and casual race fan. Back in the late 1960s the brand rivalries were so much more rabid that people were more into the production car classes than the very fast prototypes. This Mustang/Camaro battle between Titus and Donohue was big stuff and as it turned out, Titus and Ronnie Buckman drove the Mustang to a 4th overall finish (picture perfect behind three grouped Porsches) and the win in their class over the hard charging Donohue in the Camaro. You’ll here the legendary Fran Hernandez talk on this video. Hernandez was in charge of Ford racing operations during this period in time which had to have been highly stressful but amazingly awesome work.

This is about five minutes of pure vintage racing goodness.

PRESS PLAY BELOW TO WATCH AN AWESOME LATE 1960S MUSTANG/CAMARO BATTLE SHAPE UP AND GO DOWN OVER 24 HOURS AT DAYTONA!

One thought on “Historic Video: Watch Jerry Titus In A GT350 Battle Mark Donohue In A Camaro At The 1968 24 Hours Of Daytona”