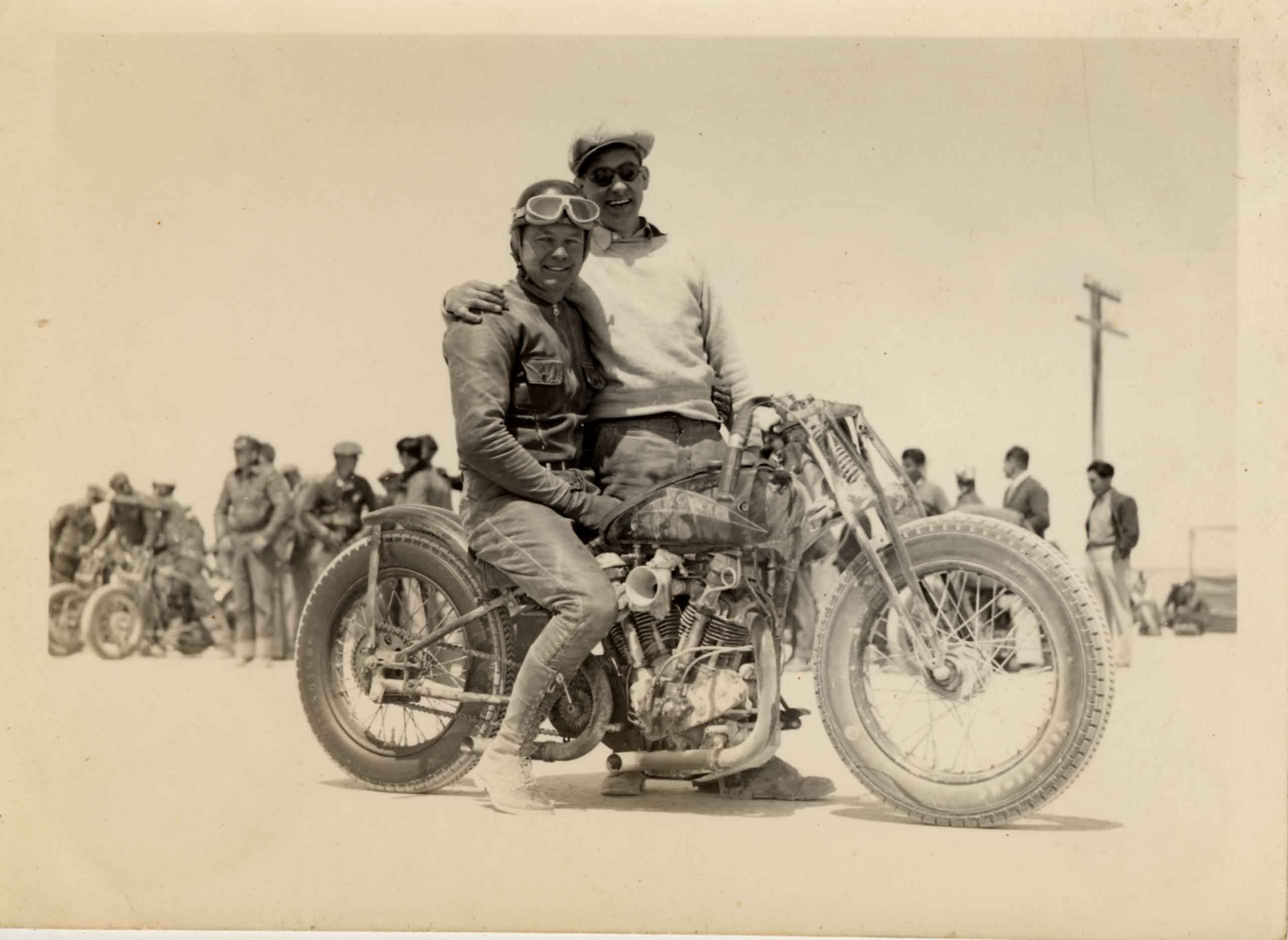 It’s one thing to be widely respected in whatever industry you’ve chosen to pursue. It’s another to be respected in one industry and then go on to literally invent a second completely unrelated business. That’s Paul Bigsby’s story. He went from a key role building some of the finest motorcycles in America to revolutionizing the music industry.

Paul Bigsby was on the motorcycling scene from the very beginning, at Hendee Manufacturing, the parent company of Indian motorcycles. At the time, Bigsby was a supervisor at the Wigwam, Indian’s manufacturing facility in Springfield, Massachusetts. 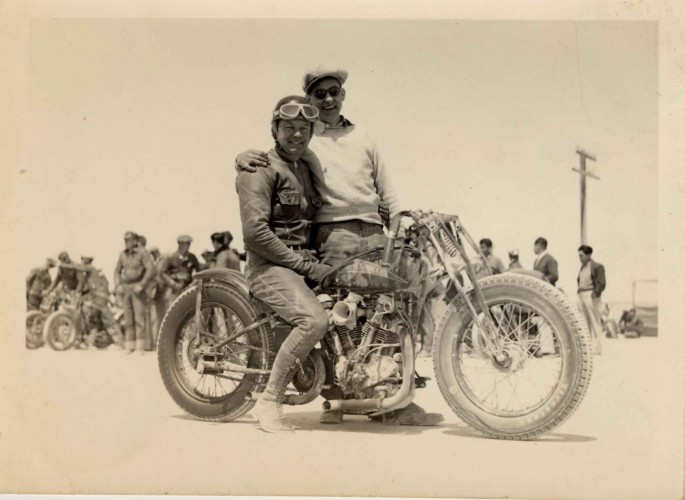 Paul Bigsby in sunglasses, with a Crocker V-Twin he helped engineer.

Albert Crocker was a successful motorcycle racer between 1907 and 1909 and eventually met up with the elephants in the room at that time, Oscar Hedstrom and Charles Hendee, the chief engineer and the owner at Hendee Manufacturing. Crocker began a relationship with Indian, and eventually went to work there, under Paul Bigsby’s keen eye.

Crocker eventually made his way ever further westward, first setting up a successful Indian dealership in Colorado, and then selling that to fund the purchase of Freed Indian Motorcycles on Venice Boulevard in Los Angeles, California. There, Crocker began building speedway frames for Indian engines, then converting Indian mills with overhead valves. 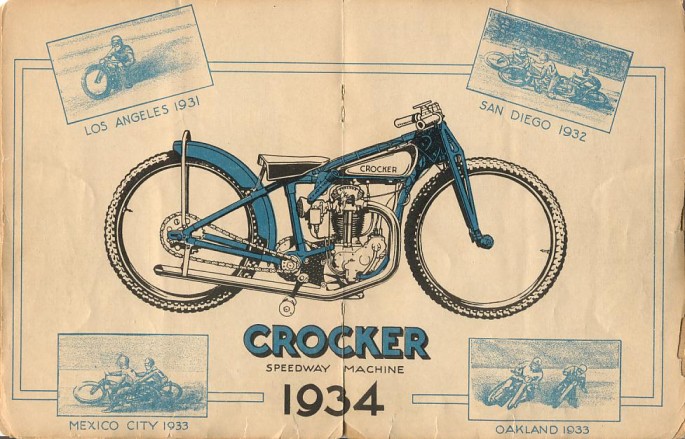 Paul Bigsby — a successful racer in his own right, under the name P.A. Bigsby — went to work for Crocker, where he worked as a master mechanic, a pattern maker and a draftsman. At Crocker, he was influential in the design of the Crocker V-Twin in 1934. According to several accounts, he probably took more credit for it than he deserved: “Paul Bigsby was a very talented master mechanic and pattern maker…in short a true artisan in the very best meaning of that honorable term but he had little respect or understanding for engineers or engineering and apparently usurped the title of Chief Engineer,” according to Homer Wood, who purchased the very first Crocker Twin available in 1936.

“Modesty was not one of his virtues” Wood said. “Al was the true designer and engineer in the operation” Nevertheless, Bigsby was instrumental in the engine’s development, particularly in the head design.

While Bigsby was deeply involved in Crocker and motorcycles in general, he was also passionate about Western music. Before “Country & Western” was discussed under one umbrella, Western music was huge, and it had more in common with the Big Band era than it did with Hank Williams. It’s hard to describe how huge Western swing music was at the time, but from the 1920s to 1944, Western swing bands attracted massive crowds in California, Texas and Oklahoma. The Light Crust Doughboys, Bob Wills and his Texas Playboys and Spade Cooley and his Orchestra were all featured in popular, big budget movies of the era.

The video below shows Spade Cooley and his Orchestra performing in a Three Stooges movie circa 1947. More on that steel guitar that Joaquin Murphey is playing in a minute…

At the time, Merle Travis was touring through California, years prior to his peak as a solo guitarist. The mutual love of music and motorcycles put Travis and Bigsby together.

Travis played a Gibson L-10 guitar with a Kauffman vibrato. Travis and countless other guitarists loved vibrato for its ability to make a traditional guitar waver and warble like a pedal steel guitar. The problem was that every time a guitar player wiggled the vibrato, it knocked the guitar hopelessly out of tune.

Travis brought his L-10 to Bigsby, who he knew was an experienced machinist, and asked if he could fix it. With the kind of bravado that allowed him to convince himself he developed Crocker’s engines, Bigsby responded “I can fix anything.”

He quickly recognized how badly the Kauffman vibrato performed, and rather than fixing it developed a completely new vibrato, one that became the standard until well into the 1970s. It’s still in production today, both as a standard vibrato for new guitars, or as an add-on to existing guitars. 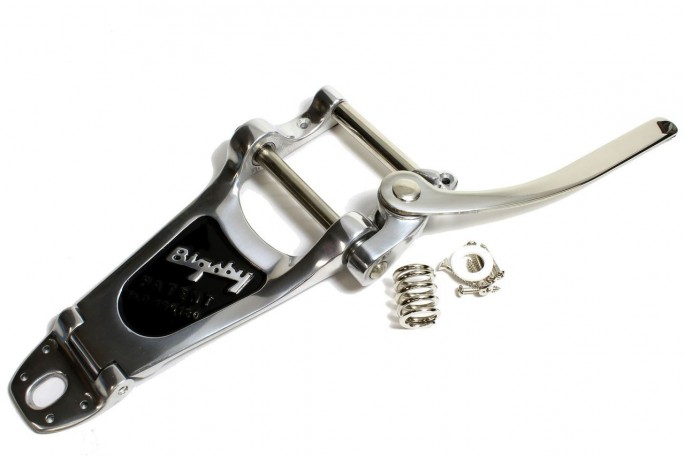 That would probably be enough history for one guy, but Paul Bigsby was gust getting started. He built a prototype of a solid-body electric guitar based on Merle Travis’s design in 1946, years before Fender built its original “Nocaster” guitars that eventually morphed into the Telecaster. 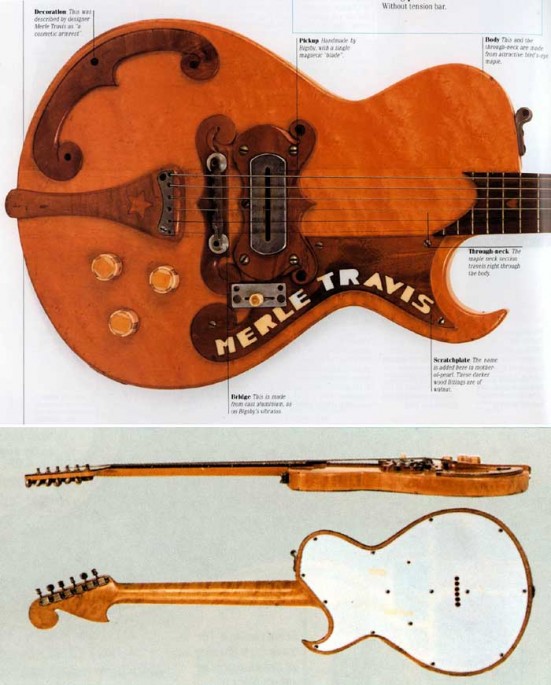 Between 1947 and 1948, he built two steel guitars. One is the lap steel that Joaquin Murphey is playing in the video above, and a second one was a pedal steel for Speedy West, who is arguably the greatest pedal steel guitar player in history. That’s the pedal steel in this video below:

If you’re interested in reading more about the evolution of Paul Bigsby’s electric guitars, guitar player and author of The Strat in the Attic, Deke Dickerson has a pretty amazing history on his website.

Air Traffic Control Has Cleared You For Takeoff! Truck Jumping Gone Wild. Watch Gene Hector's Insane Wreck From Texas And See How Close A Photographer Came To Kicking The Bucket!

2 thoughts on “Gearhead Guys You Should Know: Paul Bigsby”