Historical Footage: Corvette At LeMans In 1960 – From Off The Ship To The End Of The Race, Get A Glimpse Into How The Corvette Did On It’s First Outing At LeMans

Dec 16, 2020Bryan McTaggartApex Video, BangShift APEX, CHEVY, HISTORIC, RACING & ACTION, VideosComments Off on Historical Footage: Corvette At LeMans In 1960 – From Off The Ship To The End Of The Race, Get A Glimpse Into How The Corvette Did On It’s First Outing At LeMans 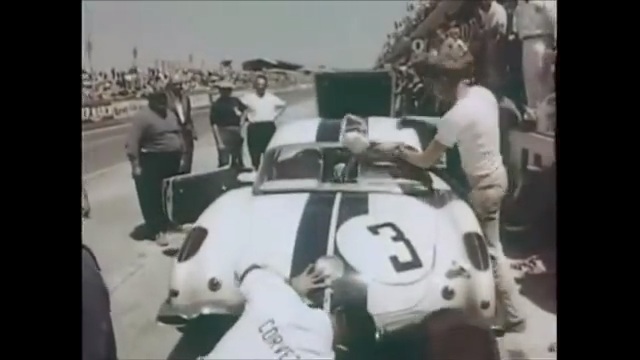 Considering that five years beforehand, LeMans was the scene of quite possibly the most horrific auto racing crash known, it was nothing short of amazing that three Corvettes were at LeMans, courtesy of Briggs Cunningham, with Zora Arkus-Duntov close by. Chevrolet, as part of the American Automobile Association, had dissolved their racing teams immediately after the 1955 LeMans Disaster and General Motors had withdrawn any support from racing…officially. In reality, programs like the Black Widow Chevrolets and other barely-hidden skunkworks were hush-hush under the table deals, and without question, the 1960 Corvette racing program was too.

Narrated by Dr. Dick Thompson (yes, the doctor part is real, he was a dentist as well as a driver), you will get a look into the 1960 24 Hours of LeMans through the eyes of the Corvette team. They were race-prepared, but very close to what was available at dealerships at the time, packing 283ci V8s. You’ll note one thing during this video: they are open, honest and even a bit candid about their opponents and their chances, from the detractors that thought that the Corvettes were too heavy to where they call out Maserati for being fast but fragile. Do the Corvettes win? No, and yes. 1960 was the first year Corvette placed at LeMans. See the story for yourself here:

Drag Racing Manifesto: It's Time For Some Real Talk On Radial Tire Racing - A Critical Crossroads Has Been Reached Attainable Fantasy Car: This Review Of The 1994 SLP Firebird Firehawk Reminds Us How Awesome It Was