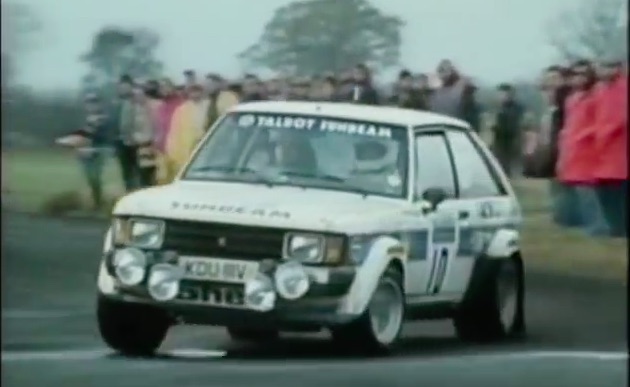 Henri Toivonen’s fame may lie as the man whose death signaled the death of Group B Rally when his Lancia Delta plunged over the side of a cliff at Corsica in 1986, but it wasn’t due to lack of skill: he was one of the youngest drivers to ever win a World Rally Championship and it was at the 1980 RAC Rally in Lombard where Toivonen dialed in his driving style. Prior to the RAC rally, he was well known for a wild style that wound up with the race car out due to a crash, but something clicked at this event. Toivonen himself was caught off-guard by his success…a couple of days prior to the event he told Autosport magazine that he felt like he didn’t stand a chance of being in the running unless someone like Hannu Mikkola crashed out.

Did it have something to do with his car? The Talbot Sunbeam Lotus was a mental little hot hatch, even by today’s standards. While not completely accurate, effectively imagine a Dodge Omni with rear-drive and a screamer of a four-banger under the hood pumping out 250 horsepower, tearing through the forest. Yes, you are seeing a Pentastar badge up front…the Sunbeam was the last Chrysler product created before Peugeot took over Sunbeam’s operations. We got the torque-steering wonder machine that was the Omni GLHS…they got this little screamer of a rally hatch.

Crushing History: This Recap Of The 1988 Monster Truck Racing Season Shows A Historic Year Raw, Real, and Awesome: This 8mm Footage Of Drag Racing, Can-Am, and More From 1978-1981 Across The USA Is Epic

One thought on “Historical Footage: Henri Toivonen Running The RAC Rally In A Talbot Sunbeam”