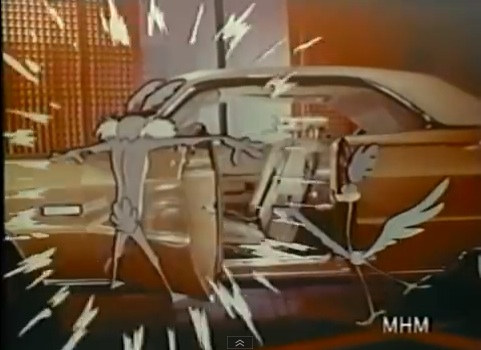 In the later 1960s and early 1970s, Plymouth’s place in the Mopar hierarchy as the hand-me-down cheap brand was being quickly overshadowed by their position as the cheap performance brand. No car was better suited for that role than the 1968 Plymouth Roadrunner, but before the Runner, you had the Belvedere GTX, a subtle mid-size that could easily screw up someone’s day if it was packing a Hemi under the hood. This collection of television ads from back in the day shows the different ways Plymouth advertised the cars, from the “Win You Over” campaign that barely hinted at the “shutdown king” Hemi Belvedere to the Wile E. Coyote and Road Runner ads, and just for a stretch are two ads that are almost music videos featuring a 1970 Road Runner and GTX.

Hit play and take a trip back in time, back to when powerful Mopars were plentiful and colorful!