Best of BS 2017: The Rothmans Porsche 911 Rally Car Doing What It Did Best 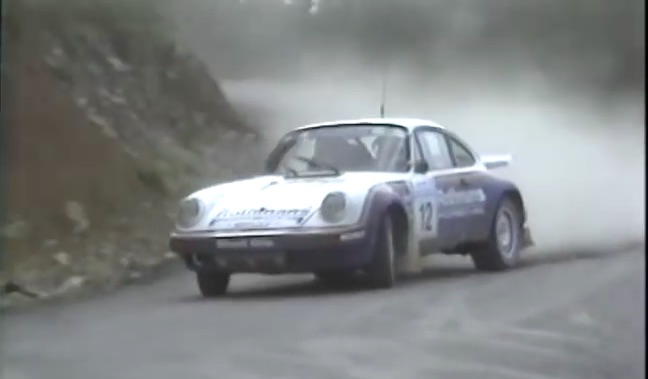 Porsche might not be the first name you think of when it comes to rally racing. It probably isn’t the first German manufacturer you think of. Ok, it might not even be the second German manufacturer you think of…Audi and Opel did well enough in the 1980s, for sure. But Porsche did play in rally, and they did pretty well, to be honest. From the 911’s beginnings in the 1960s to modern day, Porsche’s iconic flat-six wonder has done well for itself as a rally machine, but if you want to know when Stuttgart’s halcyon days were when it came to dirt running, all you need to do is look at the 1984-1986 marraige between Porsche, Prodrive, and the Rothmans Rally Team. Keep in mind that this was the Group B era, and that Henri Toivonen, the man whose death signaled the bells for Group B as well, was one of the Rothmans drivers. Using 911s, including the four-wheel drive 953 model in the Paris-Dakar rally, was only a stopgap measure until the ballistic 959 could be unveiled. The 959 would go one to become a legendary supercar, but it’s the 911 that is still the enthusiasts choice. You can’t mistake one for anything else, and you can’t ignore what it can do when driven properly.

Best of BS 2017: Man Vs. Wild: Stump Removal Done Right And Wrong! Best of BS 2017: Project FIRE - How They Tested Their Heat Dissipation Theories Before Making Astronauts Live Through It

One thought on “Best of BS 2017: The Rothmans Porsche 911 Rally Car Doing What It Did Best”