Mopar’s Wing Cars: Do You Know What The Differences Are Between A Dodge Daytona And Plymouth Superbird? 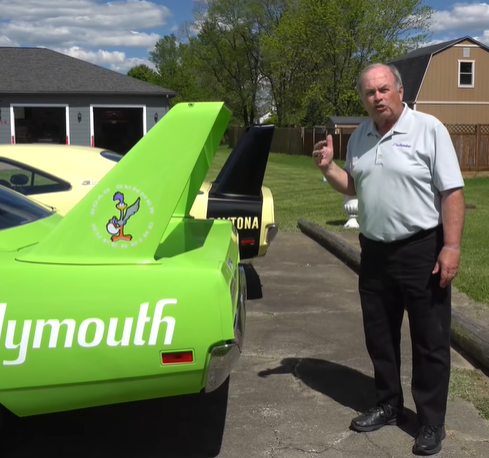 Even if you aren’t a Mopar fan there is something about the famed “Wing Cars”, the Dodge Daytona and Plymouth Superbird, who were built by Mopar to absolutely own NASCAR racing as they took aerodynamics to a completely different level compared to anything available on the showroom floor from anyone else. But as similar as these cars are, and there are a ton of things that let you know they are sisters, there are still a bunch of things that are totally different from one to the other. I didn’t realize just how many things are different, or didn’t pay enough attention when looking at them, but this video from Jennings Wing Cars will show you all that you need to know about these in order to be the smart guy among your friends at the car show.

While you watch this video, check your knowledge and see just how many of these things you already knew. Bonus points if you aren’t a Mopar person but still know a bunch of them.

A lot of people think that these cars are identical to one another that they just have different names… We wanted to take some time and point out the differences that make these cars different from one another. Hope you enjoy!

3 thoughts on “Mopar’s Wing Cars: Do You Know What The Differences Are Between A Dodge Daytona And Plymouth Superbird?”