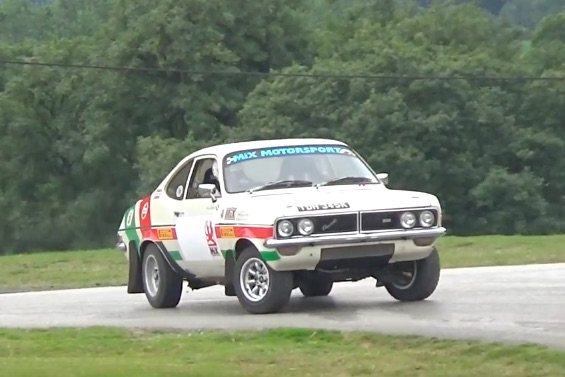 Thought the 302ci small-block Chevy was a Camaro-only unit? Nope. See, in South Africa, touring car racing is very popular, and in the early 1970s, Chevrolet had a problem: the Ford Capri Perana. Basil Green Motors had figured out how to shoehorn in the 302ci Windsor into the little Capri, and upon their debut in 1970, managed to take the 1970 South African touring car championship easily. Vauxhall (sold as Chevrolet in South Africa) had been in the middle of a style review and had produced the Viva coupe, a neat little two-door that made do with a 2.0L four-cylinder, very comparable to the Capri. Which meant that with a little massaging, a small V8 would fit into the Viva/Firenza body shell. The engine of choice was the screaming 302ci Chevrolet V8 that had last seen duty in the 1969 Camaro Z/28, and when paired off with the light car, the result was a monster. Only 100 Firenza Can-Ams were built, only because homologation rules demanded it. That’s it’s only reason for living: racing.

Historical Race Footage: NATCC At Lime Rock 1996-Touring Car Racing At It's Best Here's How You Replace The Entire Floorpan In A First Gen Camaro. Watch This.