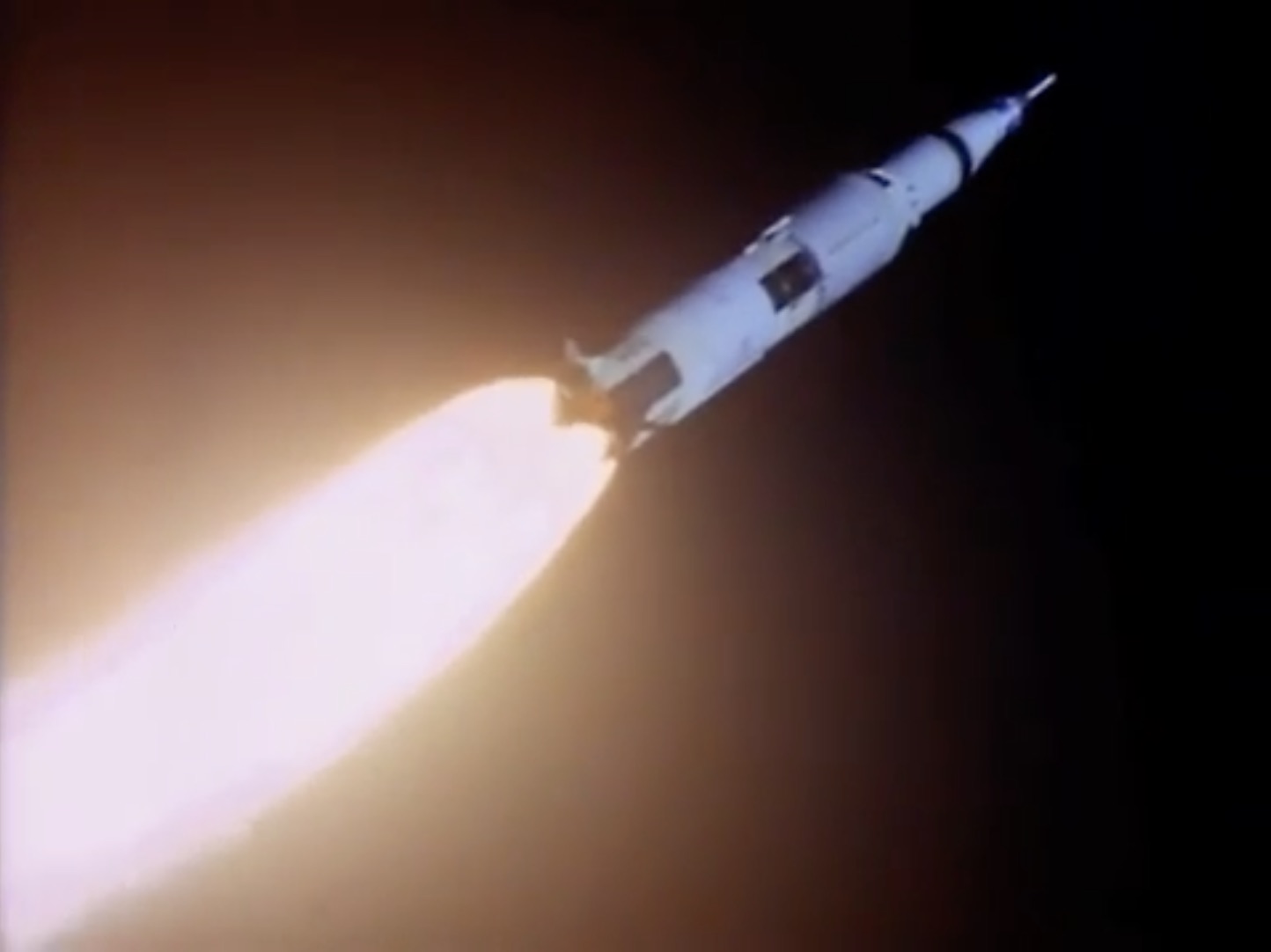 If you have never crossed into Alabama from Tennessee on Interstate 65, then you haven’t seen Alabama’s greeting to visitors. It’s a 224-foot-tall Saturn 1B rocket, the real thing. It’s just standing there, a testament to what Huntsville meant to the space program. And compared to the rocket you are about to hear, it’s a dwarf. The Saturn V is the tallest (363 feet), heaviest (6,540,000 pounds), and most powerful by total impulse (Peak thrust of at least 7.65 million ft/lbs), and it is still the only rocket that has sent any astronaut out of low Earth orbit. Twenty-four astronauts rode one of the thirteen flown rockets within four years (1968-1972) to the Moon.

Twenty-four people, four years, for the amount of investment that was placed into the development, science and quite honestly, hope and prayer that the Saturn V stood for. Fifty years ago, we had optimism, we had bravery, we had the determination to push forward, regardless of the consequences so long as there was a worthwhile good to come out of it all. Fifty years ago, kids saw hero figures step into tiny tin cans strapped to the top of the loudest thing they would probably ever hear and waited with baited breath as the next images from the Earth’s lone satellite were transmitted to the television set in the house.

Fifty years ago, we had the balls to make the next step. And we did it with one bad mother that apparently was a sweetheart to ride on. From 1964-1973, the equivalent of $34.4 billion dollars in today’s cash was spent on the research, development and flights of Saturn V rockets. We launched skyscrapers that belted out fire and sounded like the universe tearing apart into space so that we could learn more about what surrounds us.

For those wondering, this is footage from Apollo 11, with audio from other Apollo missions and sources mixed in to provide the most realistic sound of a Saturn V launch.

Random Car Review: The 1989 Dodge Daytona Decepzione - Ground Clearance May Be An Issue! Aw, C'mon: The 11'8" Truck-Eating Bridge In North Carolina Is Being Raised