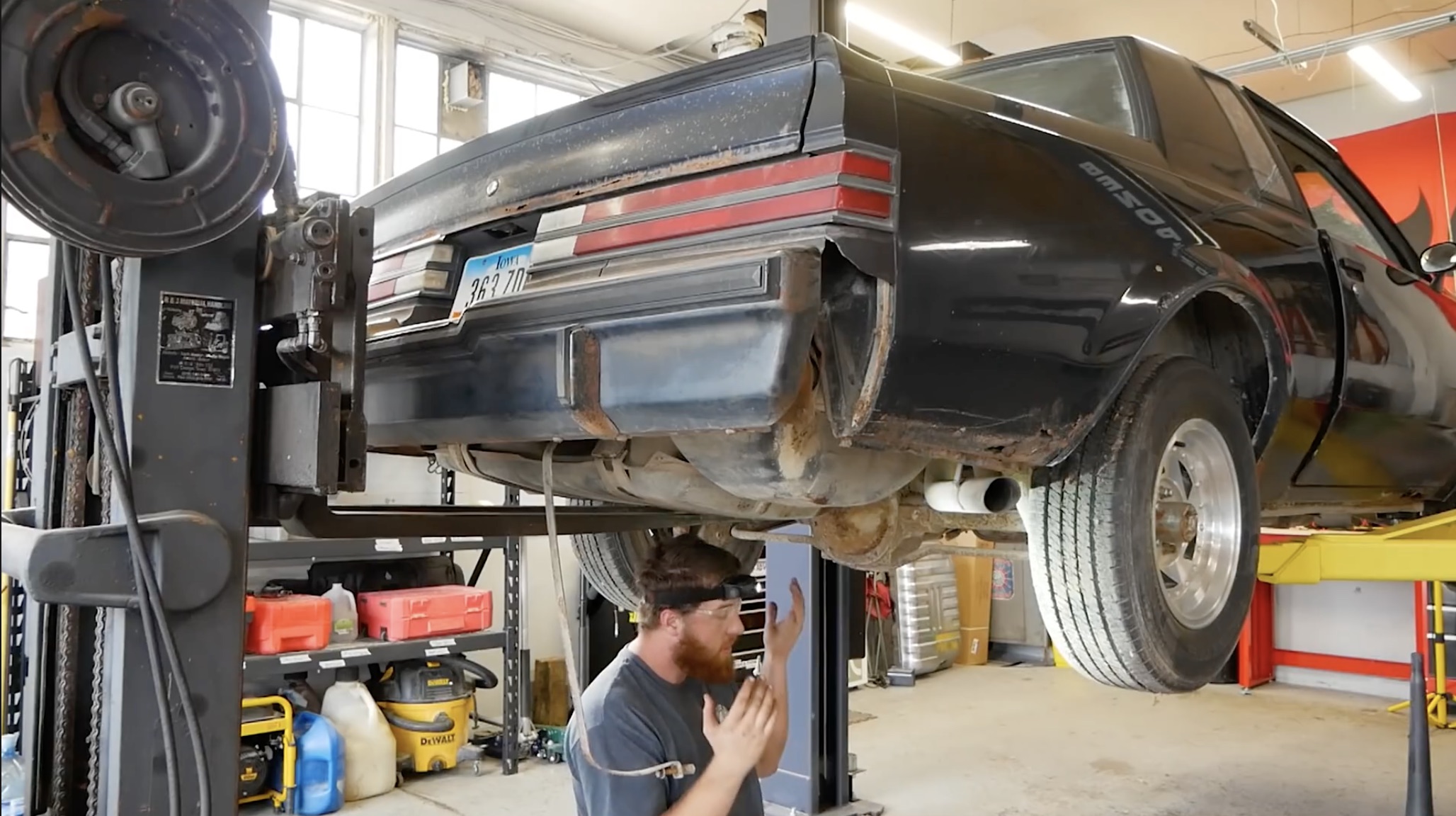 I’m always pleasantly surprised when I run into a Buick Grand National, T-Type or Turbo T that has seen legitimate road time and has some scars to prove it. The way the Internet would make things seem, every last one of Buick’s giant-killer G-bodies were swiped off of the dealership lot before the shop kids had a chance to prep them for sale, were hermetically sealed in a plastic bag, and shoved into the climate-controlled garage, next to the Ferrari 250 GT California, the DeLorean, and that cocaine-white Mustang GT ragtop. (Hey, everybody needs a beater to knock around in while listing to thumping music, am I right?) Speculators were at least on the money when they started squirreling away hairdryer-equipped Buicks…with a reputation earned at traffic lights, a look that screamed menace from a mile away, and the ability to be tuned to a point where legitimate musclecars of the 1960s and 1970s had a genuine threat on their hands, the Turbo Six program was paying dividends for Buick. Normally known for plush pillow-filled barges your grandparents adored, every now and then Buick would dive off the rails and make something surprisingly potent and plush (see also: 1964-73 Grand Sport, 1997-2005 Buick Regal GS). The Grand National was the high point in a strange time for the company, when they were the real excitement division of GM and Pontiac was filled with the soft-and-fluffy crowd.

That being said, if the badass-in-black saw any use, chances are good that it was used HARD. Whether it’s just a run up the block to show your friends what one is capable of (I’m guilty…) or IROC-Z trolling circa 1987, the GN begged the driver to put the boost to use. The last copies of this car are now well over thirty years old and they ain’t getting any younger. Want to feel old? Remember when finding a 1970 GSX like this was a gold mine? Welcome to the modern equivalent. Word to the wise: rust never sleeps.

The Charger - Honeymoon's Over, Let's Check Out The Bad Parts Of Our Late B-Body Buy The Book: Drag Racing's Warren "The Professor" Johnson: The Cars, People, and Wins Behind His Pro Stock Success