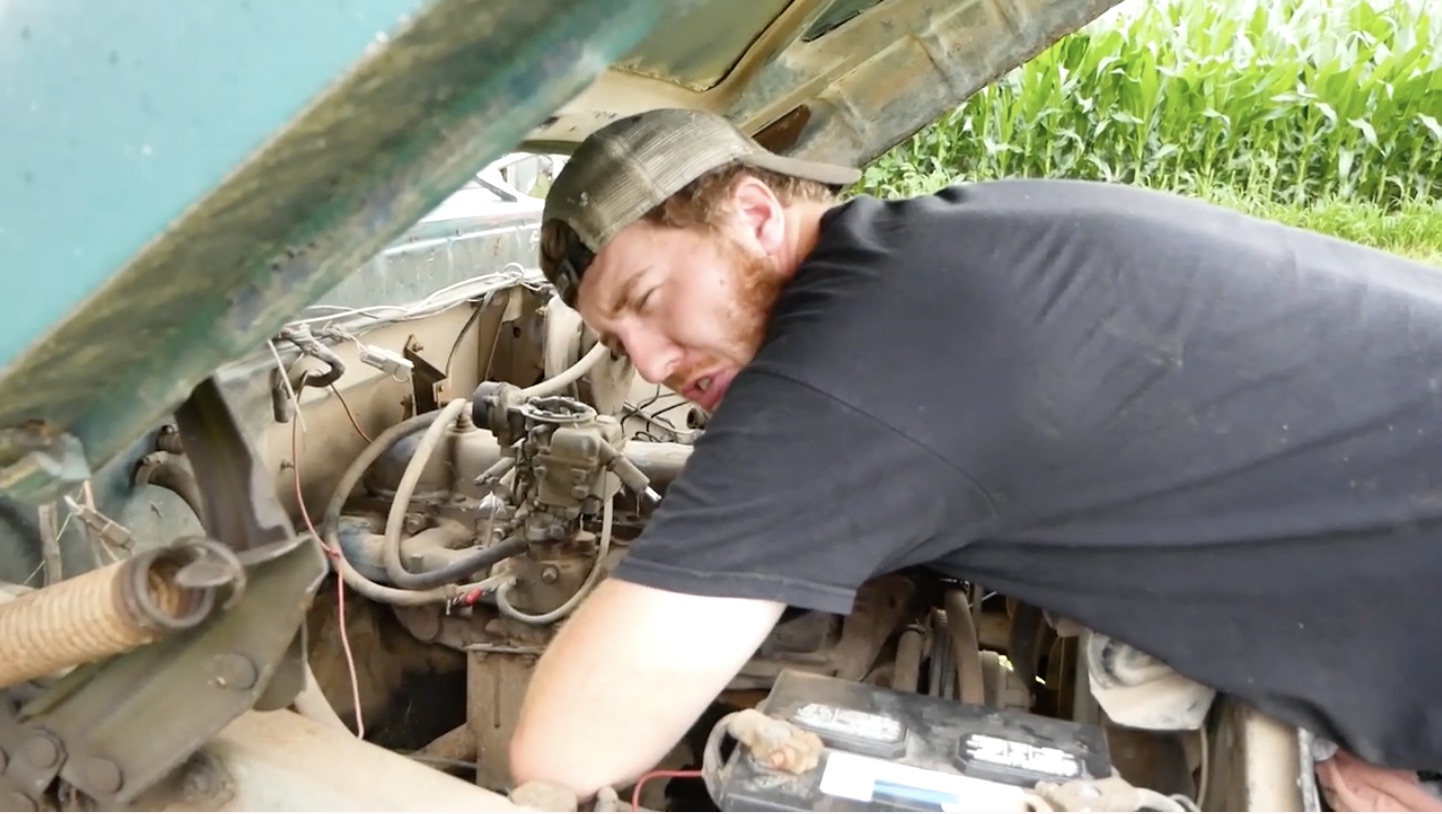 If you’ve driven anywhere between the Rocky Mountains and …oh, let’s say Ohio, where rust and rot become absolutely plague-like, you’ve probably seen the old truck sitting off on the side of the property somewhere. Could be a Chevy, a Ford, an International, but it doesn’t matter in any way. It’s an old pickup, and it’s been sitting for years. Many years, if you had to guess as you fly by on the highway. Have you ever thought about stopping in and asking about that truck? Maybe you want to see if you want to save it. Surely, it can’t be too difficult…it’s an old truck. It should be straightforward, right?

This dentside Ford is a perfect example of what’s sitting out there, waiting to be found. I’m simply on an old truck kick myself, but as for Kevin, he’s out and about locating more projects that he can breathe some sort of life back into. He got the chance to take a two-for-one deal, that was composed of a 1964 Ford and this green dentside Ford. It’s as I would hope to find: the 300 six, a manual transmission, basic as can be, and full of promise. It’s also got the kind of rust that Kevin often complains about (the flopping bedside and missing cab corners aren’t ideal) but either way, it’s good…it’s an old truck with patina. Time for him to earn that YouTube money the hard way…and hopefully this truck doesn’t leave a bad taste in his mouth in the process!

Leroy Meets The Windtunnel: How Aerodynamic Is Cleetus' Race Car? The Flyin' Bolens Is A Turbine Powered Lawn Tractor Puller From Hell