On This Day: The First Successful Mid-Air Refueling Happened In 1923 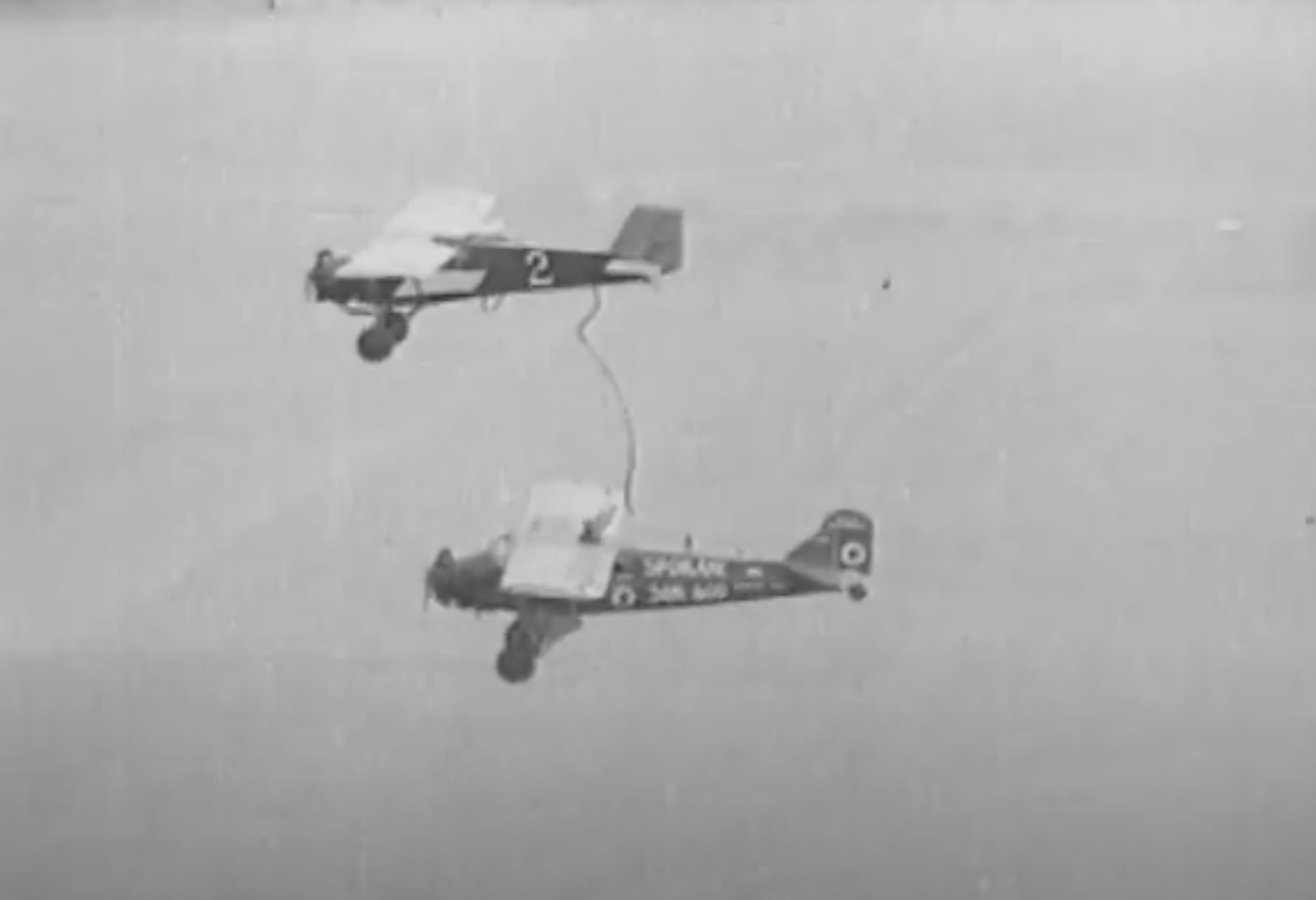 For years, part of my job with the helicopters was to “hot” refuel helicopters on the ground. The pilots would land and the second the aircraft was electrically grounded…rotor blades create static electricity like you wouldn’t believe…I’d send a fueler in to start feeding the Army’s hungry little bird. After my military service, part of my university studies included a summer internship with Boeing in 2012, assisting on the KC-46A Pegasus tanker project. The Pegasus, which is based on a Boeing 767, is meant to phase out the KC-10 Extender, based on the McDonnell Douglas DC-10, and the KC-135 Stratotanker, an airframe based on Boeing’s 707, an aircraft that has been in service since 1957.

Adding fuel in-air to extend the length of a flight has happened since the early days of flight. The earliest accepted mid-air refueling occurred on June 27, 1923, when two Airco DH-4B biplanes of the United States Army Air Service linked up. While flying slowly, a hose was dropped from the aircraft that was being flown by Lieutenants Virgil Hine and Frank Seifert to the aircraft of Lieutenants Lowell Smith and John Richter.

Now, it should be said that the June 27 refueling was the first legitimate refueling. But acts that involved moving fuel from one aircraft to another had taken place prior to that date. One famous one involved wing-walker Wesley Mays, who hopped out of one biplane with a container holding five gallons of fuel strapped to his back. After hopping out of the seat of the plane piloted by Frank Hawks, Mays walked out onto the right wing tip, and as soon as he was able to grab it, climbed onto the left wing of Earl Daughtery’s plane, topped off the fuel tank, and strapped himself into the passenger’s seat. That’s a lot of skill to demonstrate when you’re trying to not take the quick way back to Earth!

Rough Start "Tour Of Temptation": 1991 Ford Econoline Dual-Axle Bus The Greatest Top Fuel Burnout Ever? Watch The Laganas Rip One So Long That They Have To Refuel BEFORE The Run!