Pair Of Twos: Hear The Story Of The Design Of The Mustang II From The Actual Designer! 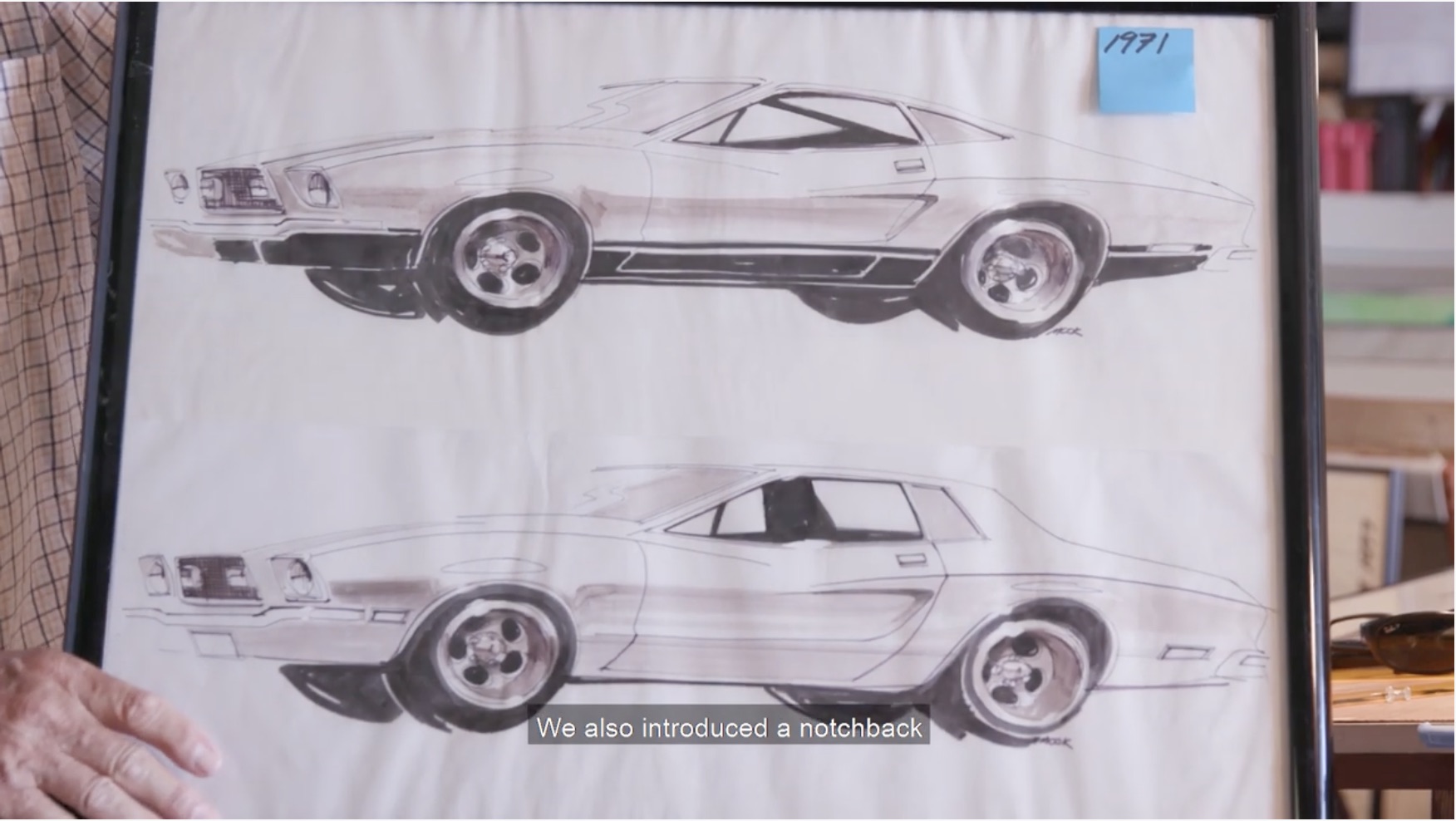 Are you familiar with the story of the Mustang II and it’s genesis? No? Okay, here’s the elevator pitch version: The first generation Ford Mustang, the car that had brought Ford wild successes, did not end in 1970, but in 1973. That’s right, the big-body Mustangs are technically the same generation as the original 1965 Mustang, but they were made bigger and heavier for two reasons. One was to make them more luxurious and well-appointed compared to the basic little car that Mustang started out as, and the other was to make room in the engine bay for the big-cube Ford V8s, which came a little too late. The 1971-73 Mustangs didn’t sell too well and customers happily let Ford know why: the car had gotten too big.

Lee Iacocca personally took this downturn to heart and decided that for the second generation of Mustang, that the car would return to it’s small but sporty roots. After nearly winding up on the Maverick platform, the Mustang II wound up growing roots on the Pinto’s platform. Deride it all you want, but the Mustang II sold well, appealed to the customer base and for a manufacturer, that’s all that matters. That’s the short-take, but if you want to hear a longer version of the story, complete with the acutal preliminary sketches, you can’t do any better than listening to Buck Mook, the man who was responsible for the Mustang II’s design. Looking at Mook’s sketches, we’ll call it: there was something lost between his final sketches and what Ford actually cranked out. And we’re not just talking about the bumpers being tucked tighter to the body, either. Take a look and see what you think:

Dyno Test Video: Measuring The Gains Of Roller Rockers On A Hot Rod Stroker Jeep Inline Six Engine Feelin' Lucky? OPGI Is Running A 20% Off Sale On The Products You Want This Week - Shop Before 3/17

3 thoughts on “Pair Of Twos: Hear The Story Of The Design Of The Mustang II From The Actual Designer!”