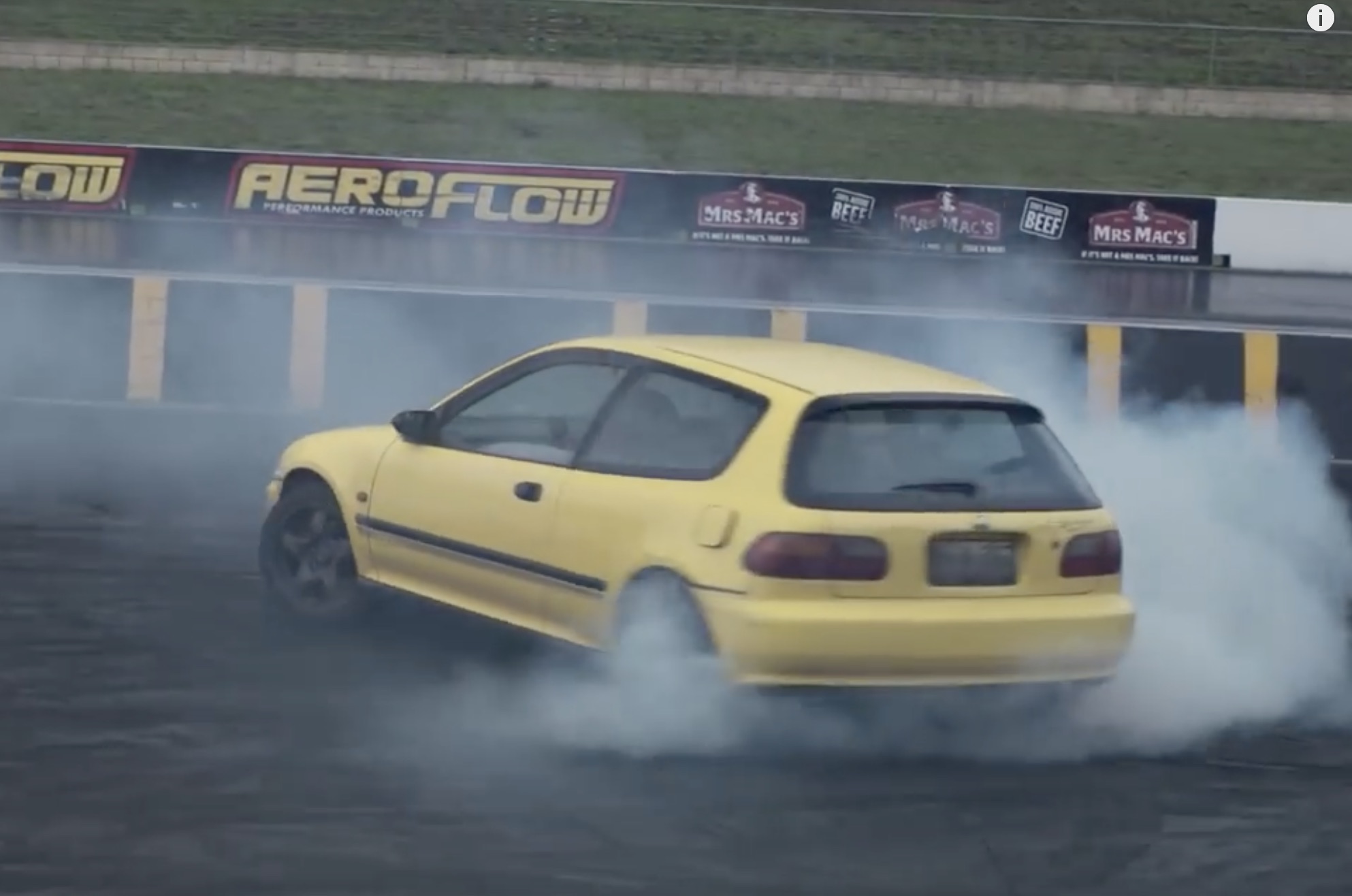 For years I bashed on Honda products. It was difficult not to when it seemed like every backwards-cap wearing brat had a stickered-up, fart-can equipped Civic that they were convinced would win any race thanks to power-t0-weight ratio. Sounding like a swarm of angry hornets and proving to be about as annoying, they made for great sniper shots when the smack-talk was going down. When all else failed, you asked them how many times they missed third gear while racing. That usually got a dirty look or two. When every car is sporting the same modifications list and the only real differences are colors and stickers, what else did you expect?

Hoonigan and Rob “Chairslayer” Parsons are currently enjoying a bit of a tour through Australia and got wind of this special little yellow bomb of a hatchback. Yes, you are seeing the rear wheels burning off, and no, that’s not even the most impressive part of the program…that’s all Nissan S14 stuff that’s been melded into the car. No, what you are looking at is a Honda Civic with a Nissan SR20VE “NEO VVL” engine that was normally found in the Nissan Primera (read: Infiniti G20), Bluebird (Altima) and Wingroad (a version of the B15 Sentra). VTEC and NEO VVL are similar and operate with some complexity but for a short explanation, think of it as analogous to the Honda VTEC system in that uses different sets of camshaft lobes to go from good low-end torque to a redline that is in the realm of stupidity. Want to see what a Screaming Yellow Zonker with headlights looks like in action? Click play below!

Back To The Bus Driver: An Autonomous School Bus Service In Florida Is Halted Watch This Don Schumacher Racing Top Fuel Hemi Get Spintron Tested At Trend Performance Products