Rename, Stat: Watch As The Nissan NP300 Hardbody Folds Up Like Origami In A Crash Test

Dec 06, 2020Bryan McTaggartCRASH & BURN, VideosComments Off on Rename, Stat: Watch As The Nissan NP300 Hardbody Folds Up Like Origami In A Crash Test 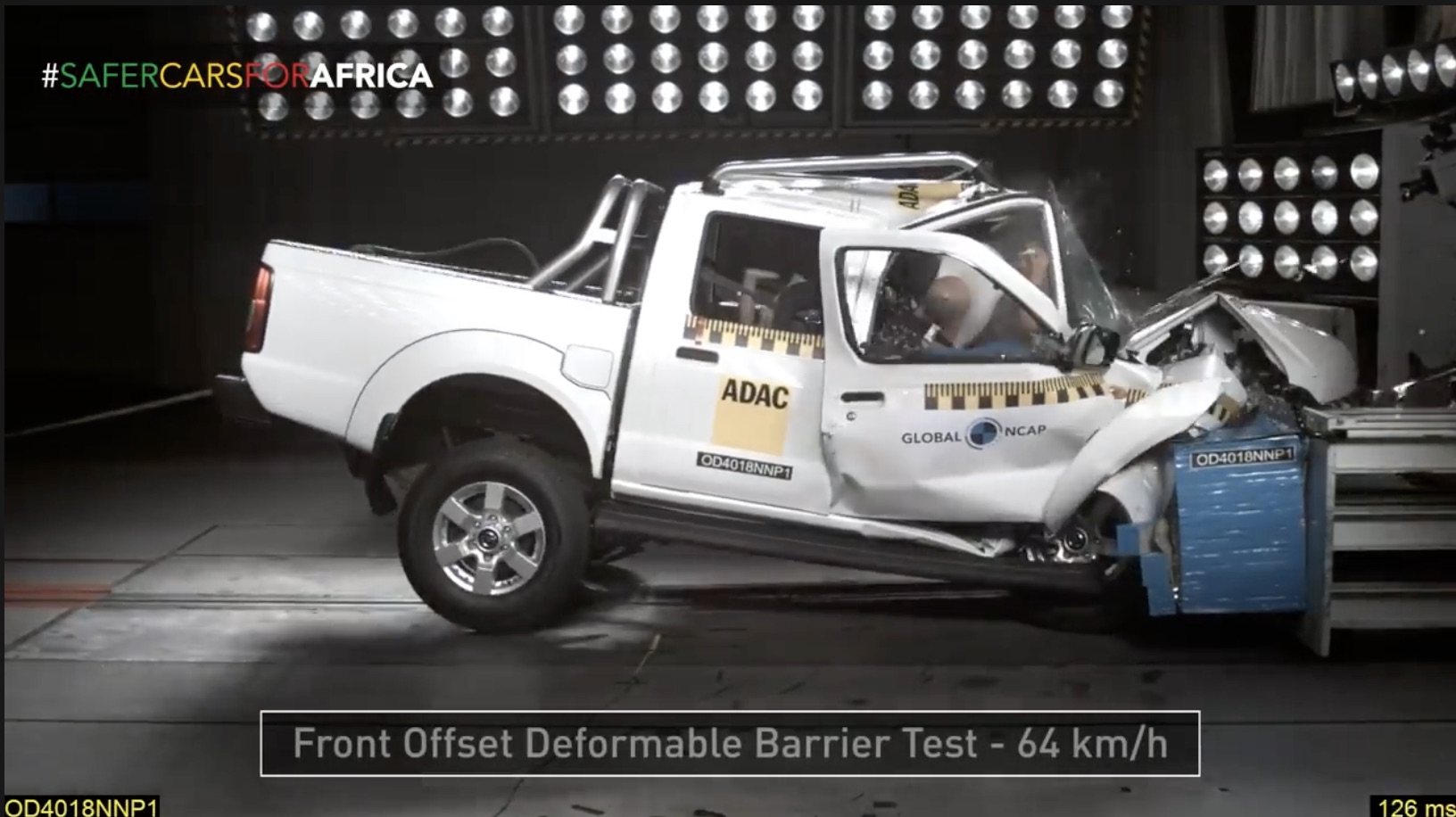 Outside of the United States market, the Middle Eastern market is my next best-understood level for cars. Spend 26 months in one place where the only other things to look at involve sand, port-a-john artwork and more sand, and anything with an engine goes from basic hobby to the only thing keeping you sane. Toyota Prados, Holden-sourced Chevrolet Caprices and Great Wall pickups abounded, as did Kia Bongo vans, absolutely clapped-out box Caprices and Chevy Malibus. But the one brand that seemed oddly prevalent in the region was Nissan. One of the few vehicles we low-ranking Joes could get our hands on at a moment’s notice, Nissan Frontiers (read: Nissan Navarras sourced from anywhere other than Smyrna, Tennessee) were everywhere. We had one as a commander’s vehicle. We had an older mishmash Middle East version, essentially a Hardbody with a crew-cab 1997 Frontier cab and nose attached, as a platoon beater. Back then, they were great trucks.

After this footage…you know what, no thanks. It isn’t that I had any inclination that a Frontier would be a five-star safety-rated vehicle. For starters, there aren’t nearly enough safety nannies on board to do the job that the driver is actually supposed to be doing. But the impact damage speaks for itself. The moment the front bumper starts to kiss that impact block is the moment the cab integrity goes straight out of the newly-shattered window. Automatic emergency braking should not exist. But a cab that doesn’t cave in like an empty soda can should.

This Rad 2-ton 1946 Ford Truck Makes One Hell Of A Regular Pickup That Will Scare The Neighbors Classic YouTube: Another Candidate For The Ultimate Camper Truck - This Tractor-Tired 6x6 Ford!