Revive The Revived: Dylan McCool Brings The Ravine ‘Cuda Back Into The Light! 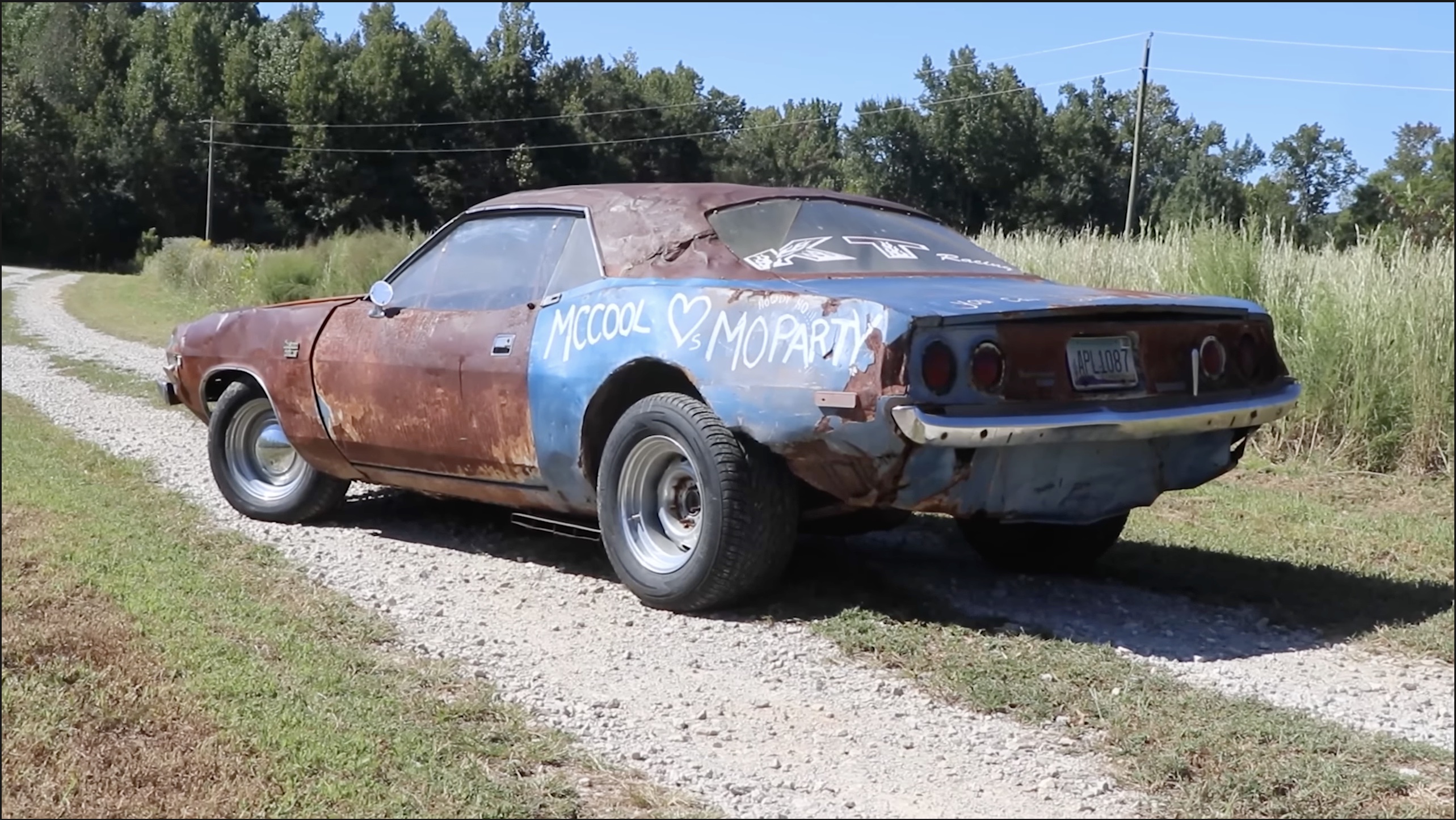 Earlier this summer, Dylan McCool and I got to check out a treasure trove of vehicles that YouTuber Solomon Lunger (FordEra) had bought. If you are a fan of 1970s-era Ford trucks, it was your heaven, without question, but it wasn’t just Ford trucks on the property. Torinos, Mustang IIs, a couple of Dodge “tin grille” trucks (one of which I came damn close to bringing home myself)…the collection had a pretty good selection. As we walked through everything, taking photos and assessing conditions, I faintly heard the words, “There’s a ‘Cuda in the barn.”

Full-stop. A ‘Cuda. Dylan and I both perked up like a puppy that heard the sound of the treat bag opening up. Sure enough, a few minutes later, we were both looking at one of the most beat-to-hell 1972 ‘Cudas that still resembled a full car. We both recognized it as the “Ravine ‘Cuda”, a car that had been dumped somewhere in Arizona abandoned, left to fend in the monsoon washes, was used for target practice, and was recovered and built to run dragstrips circa 2014. That was the last anyone had seen the car…because shortly after that, it was purchased, brought to Tennessee, and was stuffed into the building where it sat since.

Let’s put this into quick perspective: a 1972-1974 ‘Cuda isn’t the most desirable E-body form. The big-block was gone, the bumpers got big, and the taillights became round. I dig them, and I don’t own one. That’s because even when they are a barely-connected pile of parts, they are trading hands for $15-$20 grand. This one is uglier than a slapped ass, but it’s together, it’s rocking a 383/4-speed setup, and it can physically move. We saw it at MoParty, where Dylan tried like hell in the burnout competition. This might be the most clutch-kicked ‘Cuda out there. It’s certainly not the prettiest, but it’s not falling apart, and in an endearing way, it’s got a character that we kind of dig.

One thought on “Revive The Revived: Dylan McCool Brings The Ravine ‘Cuda Back Into The Light!”