Ring This: Monster AWD Audi Action That Was…Left In The File Cabinet?! 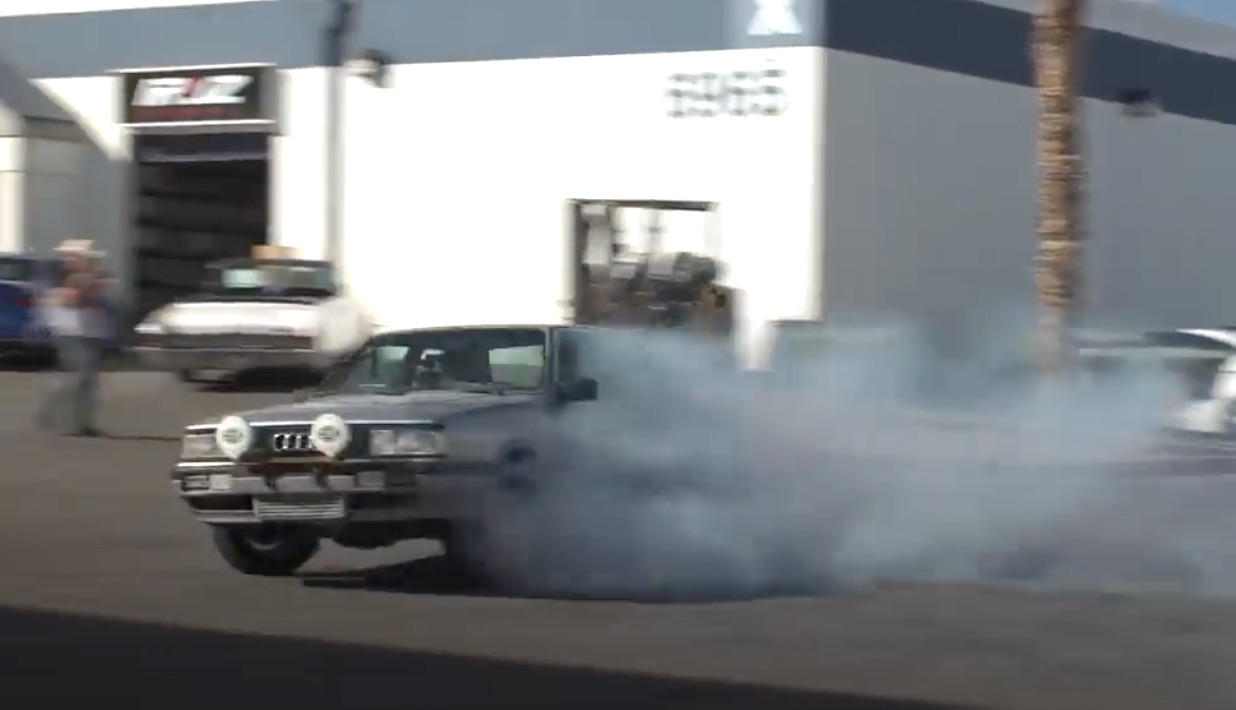 Leave it to a pandemic to get people to dig through their files to find old, cool stuff to show off. I’m in no hurry, because pretty much everything I’ve owned (at least since 2001, anyways) I’ve got plenty of pictures for. But footage? As soon as I finish fighting with a certain photo-hosting site that used to be great but now has become a massive thorn in my ass, hopefully I’ll have some very old stuff to look at. In the meantime, while I’m waiting for a response to my gently worded request return my movie files to their movie condition, we can look at someone else’s lost files. In this case, Hoonigan’s.

Last year, the crew picked up a drop-top four-door Olds Ninety-Eight and cruised to Las Vegas. Great car choice, great location choice. Apparently, while they were there they stopped in at Iroz Motorsports, an Audi tuning firm that takes four-ring units and turns them into absolutely mental monsters with the grip of a startled cheetah. Ever see old Group B footage of Quattros as they go sailing past crowds with maybe an inch to spare, flames popping out of the tailpipe and that unholy five-cylinder wail going on? Yeah…it’s kind of like that, and more so. Scotto has a kink for stout Audis, even though he owns one of the most violent Novas known, and he dragged Zac (motorcycles, square-body Chevrolet) and Chase (the “Tri 5 By Fire” Chevy Gasser) with him to experience his drug.

Not going to lie…that 5000 with the anti-lag setup could be parked in the driveway without shame.

Bridge Tables and Cigarettes: How To Sell A Car To The 1973 American Buying Public QuarantinePiece Theater: This 1976 Documentary About Mario Andretti Is Absolutely Awesome

3 thoughts on “Ring This: Monster AWD Audi Action That Was…Left In The File Cabinet?!”