Roadkill! The Hellcat-Powered General Mayhem, From The Start Of The Build, Through The Internet Hate, To The Race With [NAME REDACTED]

Sep 26, 2015Bryan McTaggartMOPAR, RACING & ACTION, VideosComments Off on Roadkill! The Hellcat-Powered General Mayhem, From The Start Of The Build, Through The Internet Hate, To The Race With [NAME REDACTED] 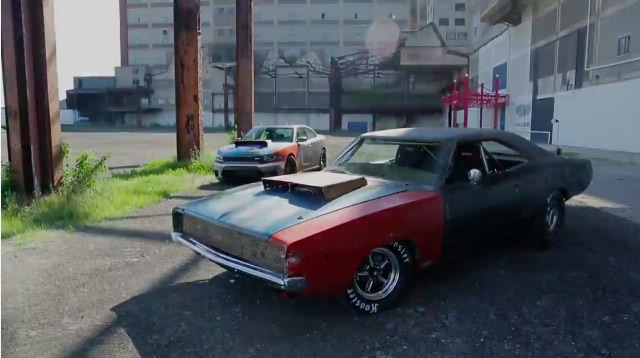 If there was one automotive deal this year that wore out nerves across the landscape of the Internet, it was the giant maelstrom of screaming involving Roadkill, Gas Monkey Garage, and Dodge. For the better part of 2015, everybody’s focus seemed to be on Hellcats, the swapped cars, and who would kick who’s ass at an improvised 1/8th mile drag race that Roadkill had put together for their inaugural Roadkill Nights series. To put it mildly, it got ugly. To put it accurately, it devolved into anarchy. It was one thing for GMG and the Roadkill duo to taunt each other via YouTube videos, but the second it hit social media, battle lines were drawn, tempers flared, and within seconds you had the chatroom equivalent of a prison brawl. Add into that, fans were openly attacking both sides wildly: GMG caught hell because after they asked for and got the rules for the race, they balled up the rules, tossed them in the trash, and built a wicked 1967 Dart. Roadkill caught hell from every angle: not sticking with the original request from the fan that started everything (a junkyard build-off), the Dodge sponsorship, the idea of swapping a Hellcat into the General Mayhem in the first place.

But easily the biggest hot-button topic that the guys got slapped with over and over again was that they didn’t actually build the car. Due to time constraints, the build was farmed out to the guys at Diversified Creations in Brighton, Michigan. Mike Copeland, friend to BangShift and Roadkill, headed up the build and with his team, managed to jam most of the useable pieces from a Hellcat Charger destined for the crusher into the ’68 and make it work. We’ve seen the car in person, and even parked (due to suspension damage), the General is just as imposing and awesome…and loud…as it is in the videos. For a bonus, this is the first Roadkill appearance of the General Maintenance Charger Hellcat. Finally, after all of the internet fury, video jabs, and social media screaming, here is the story of what all went down…with a considerable lack of hair grease and excess jewelry.

A Polaris On Nitrous And A Bounty Hill Called "Blue Holler"...Any Guesses On What Happens Next? Magnificent Magnesium: This Old School Magnesium Crower Injector And Scoop Is Killer (and expensive!)