Scaling The Backcountry: Headquake’s Ramcharger Carving Trails In The Yard 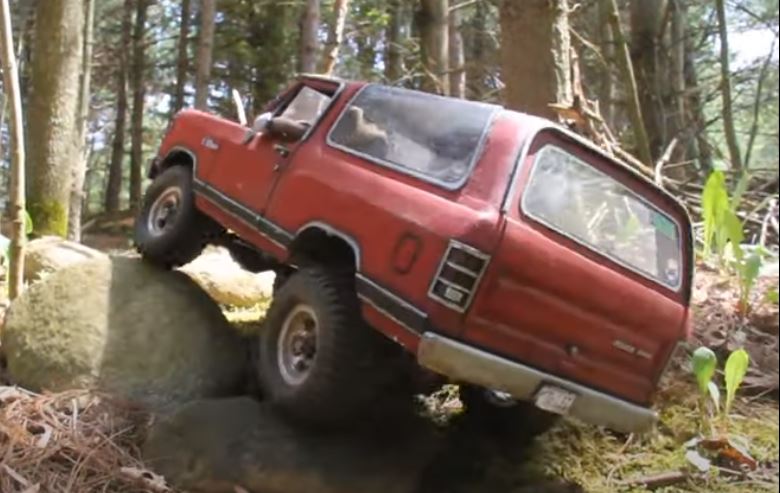 The other day, I had a pang for the 1984 Dodge Ramcharger that I bought on a whim, cleaned up, and flipped back in 2010. I sold it out of necessity, because I really liked the truck, but at the time the offer that had been put on the table was too good to pass up. A decade later, I now know why: going through AllCollectorCars.com, one that is extremely close to the truck I used to have in overall build, but with nicer paint, was listed for about $25,000. Yeah…I really should’ve kept that rig. It was the only 4×4 I’ve ever owned and it’s 360 had plenty of grunt behind it before wrenches were spun, and all it really needed was the fuel sender fixed and fresh coat of paint.

With that little pit of reality hanging around in my stomach, I had to look this rig up. This is another Headquake video filled with remote-controlled goodness. Headquake’s claim to fame is building scale remote-control vehicles that are excellent in their design and appearance by hand, looking for all intents and purposes like the real thing….only parked with one tire on a stick next to a dandelion plant. It looks like a Ramcharger, articulates it’s suspension like a good trail-build rig should…if it wasn’t for the electric whirring of the motor, you’d be forgiven for thinking that this was the real thing.

Ground-Level Maintenance: Radiator Restoration From The Other Side Of The World Hood Up At 160 mph?! No Bueno! 1320Video Rocky Mountain Race Week Video Day 1