SEMA 2019: Hoonigan’s Take On Las Vegas, From Their Burn Pit To The Show Floor!

Nov 12, 2019Bryan McTaggartSHOWS & EVENTS, VideosComments Off on SEMA 2019: Hoonigan’s Take On Las Vegas, From Their Burn Pit To The Show Floor! 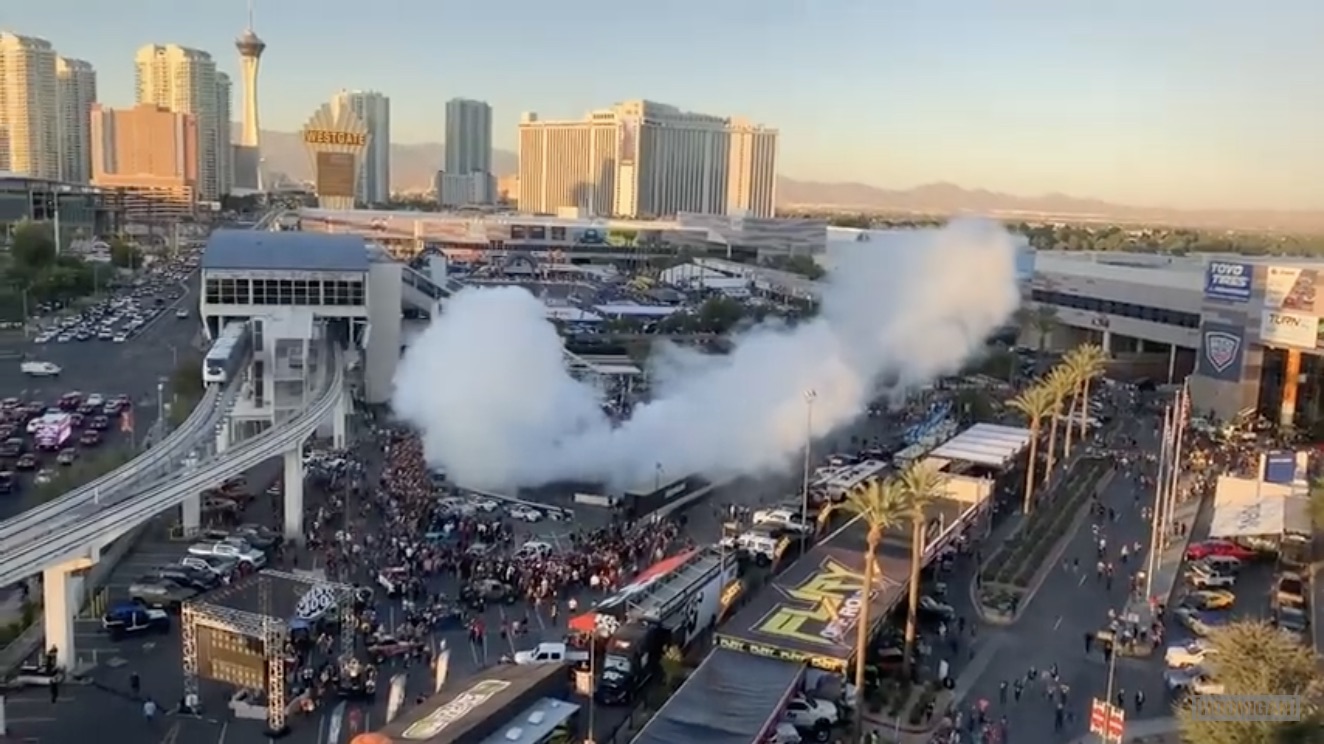 In a few days, I’ll start sharing the good photos I took when I went back into the Las Vegas Convention Center after hours on Wednesday. After taking a dinner break to hang out with a friend from college and to have dinner with Derek from Vice Grip Garage, I grabbed my gear and went back into the buildings and didn’t come out until nearly two in the morning. Not going to lie, SEMA is much more enjoyable when the ambient volume is at almost zero. In fact, outside of security guards and the random cleaners, the only other noise I heard the whole time I was shooting photos came when I crossed paths with Hert and his camera guy as they were nosing around the Honda/Acura area. If they noticed me, they didn’t say squat and since I figured they were filming, I stayed out of their way. But they were the only other ones willing to stay up that far past after hours to take the time and actually look at what was going on within the halls of the Convention Center.

They didn’t have to. Hoonigan’s burn pit, now in it’s second year, has become a mega attraction all to itself. It’s action, it’s fire, it’s enough tire smoke that walking towards South Hall looked like I was walking through Beijing during one of their thicker smog days, it’s the full roar of each host on the mic as they ramp the crowds up to full-furor involvement. That alone would be enough for anyone, but the crew are all about the cars…all of the cars. They went and filmed this monster take on what they saw this year…check it out for yourself!

Raise The Roof: The Bus-Turned-Car-Hauler Program Continues On! Incredible Video: Racing Around The Rules - A Panel Of Innovators, Cheaters, Tech Guys, and Heroes Tell All!