That Odd Bark: The Blown V6 Holden Berlina Barks To Life For The First Time!

Dec 05, 2020Bryan McTaggartOTHER, Project Cars, VideosComments Off on That Odd Bark: The Blown V6 Holden Berlina Barks To Life For The First Time! 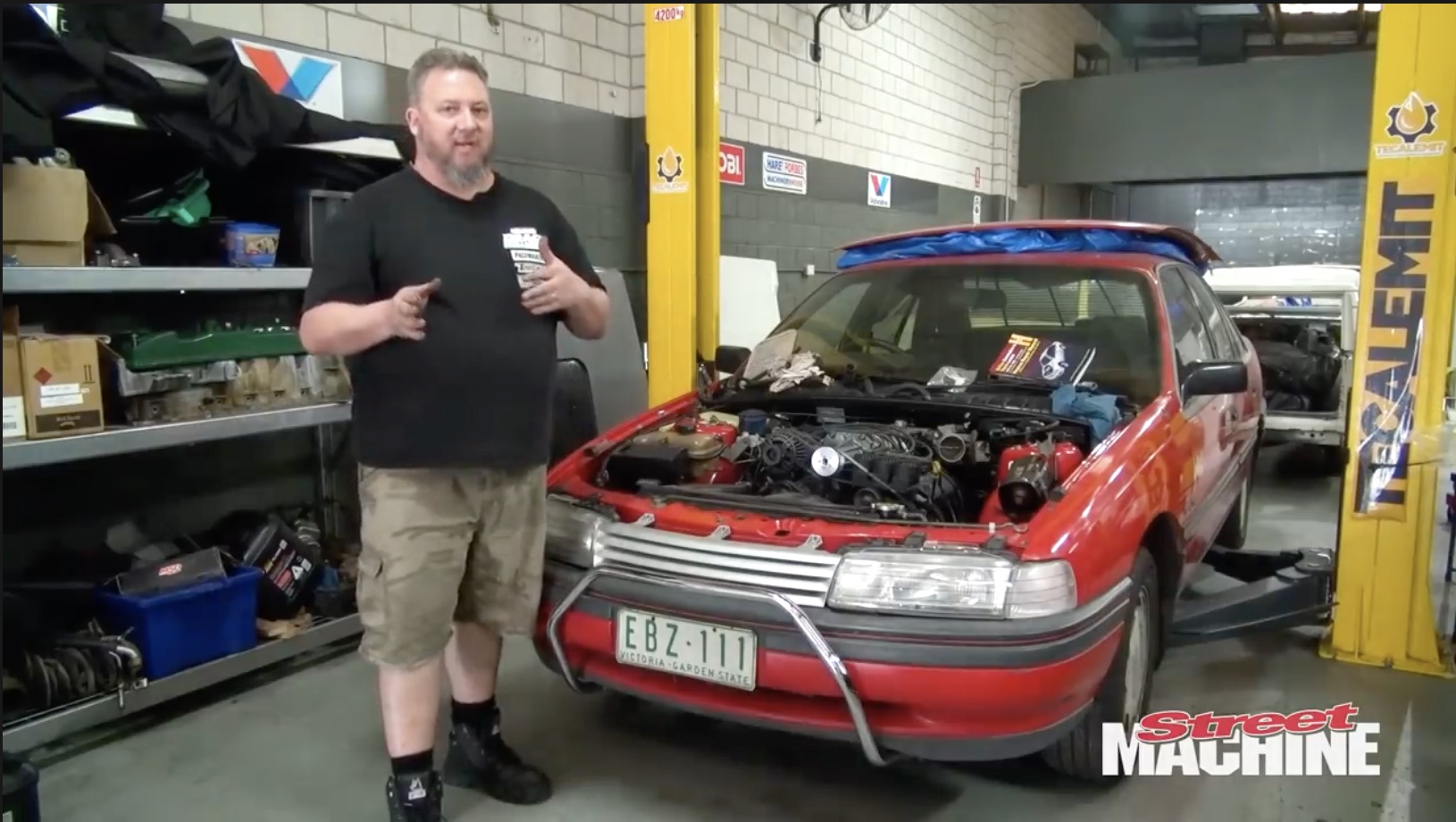 We were moments away from sending Scotty at Street Machine a message inquiring as to the whereabouts of the Holden Berlina that he had started to build into a supercharged V6-powered sweeper. To translate out of Australian, think of this is as the equivalent of a 1990s Oldsmobile Cutlass four-door with the rear wheels doing the work. Finding one in a low-mile, clean and carefully-used condition is a pain in the ass, but they found one. They gutted a newer Commodore to pilfer it’s Buick blower motor with the goal of building a rowdy grandpa’s hustler. And then the whole world went full-on Twilight Zone and Scotty buried himself into the Valiant build and the Berlina got shoved into the back of the shop.

There’s still a ton of things not done…TV cable, trans control, air conditioning, and more, but the Holden is to the point of waking up for the first time. Those time-consuming details that are keeping the car in the shop aren’t going to keep the engine from waking up, even for a few seconds. Call it a morality boost if you must, but even a cough of life can inspire the most worn-down shop hand to get back to work.

These Off-Road Monster Motorhomes Are Expedition Machines, And Here's How They Are Built Ride On-Board With Mario Andretti At The Indy 500 In 1966. This Ain't No Go Pro!