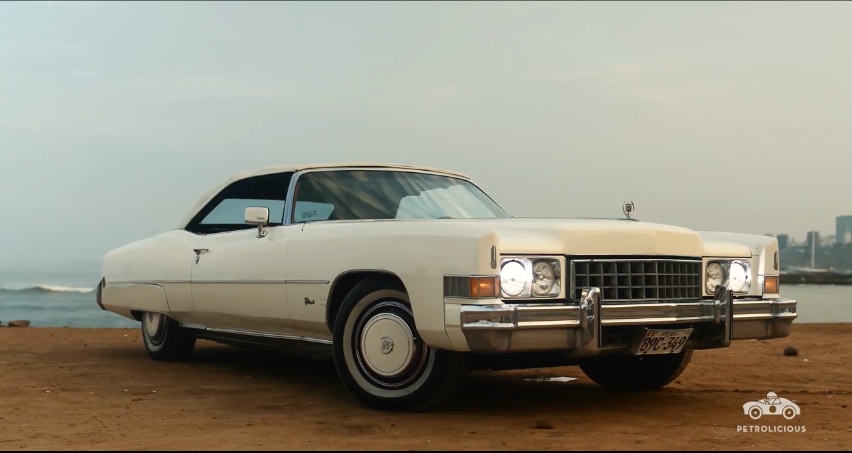 Photos don’t do the 1970s Cadillac Eldorados justice…they are freaking massive. Over eighteen feet long, six and a half feet wide, rocking 500 cubic inches of front-driven torque-on-command, and somehow still holding onto the swagger of the previous generation, the Eldorado was the proof that you had made it and you wanted everybody, their mother, and their mother’s hotter friend to know who was the boss. It might have been the tail end of the whole “Lincoln and Cadillac means you are the best” deal, but I wish you luck in finding another Caddy made after this one that had the audacity, the arrogance, and the prestige to make it all work. Pretty? Not really, but mercifully owner Owen Miller has managed to avoid the allure of adding steer horns to the front of his white on red Eldorado. A Scot who has been working as a geologist in Peru for a couple of decades now, Miller went from not owning a car when in Scotland to picking up older American iron while living in South America, and the Caddy is his treasure. It’s also an import, because the likelihood of anybody bringing a gigantic convertible to Peru had to be near-nil. It wears it’s nicks and chips with pride, but it’s not like you care when you’re cruising along the coastline on a sunny evening, is it?

Click on the Petrolicious video below to get the story from Miller himself!

Racepak Just Released One Of The Coolest Tractor Pull Videos We Have Seen In A While - The Grant County Tractor Pull Watch David Barton Run The Quickest Stock Run In History At Maple Grove - 8.07!

One thought on “The Great White Whale: This 1973 Cadillac Eldorado Is Cruising Peruvian Boulevards!”