The Skid Factory MR2’s Engine Parts Get Inspected, Cleaned And Cleaned Some More! 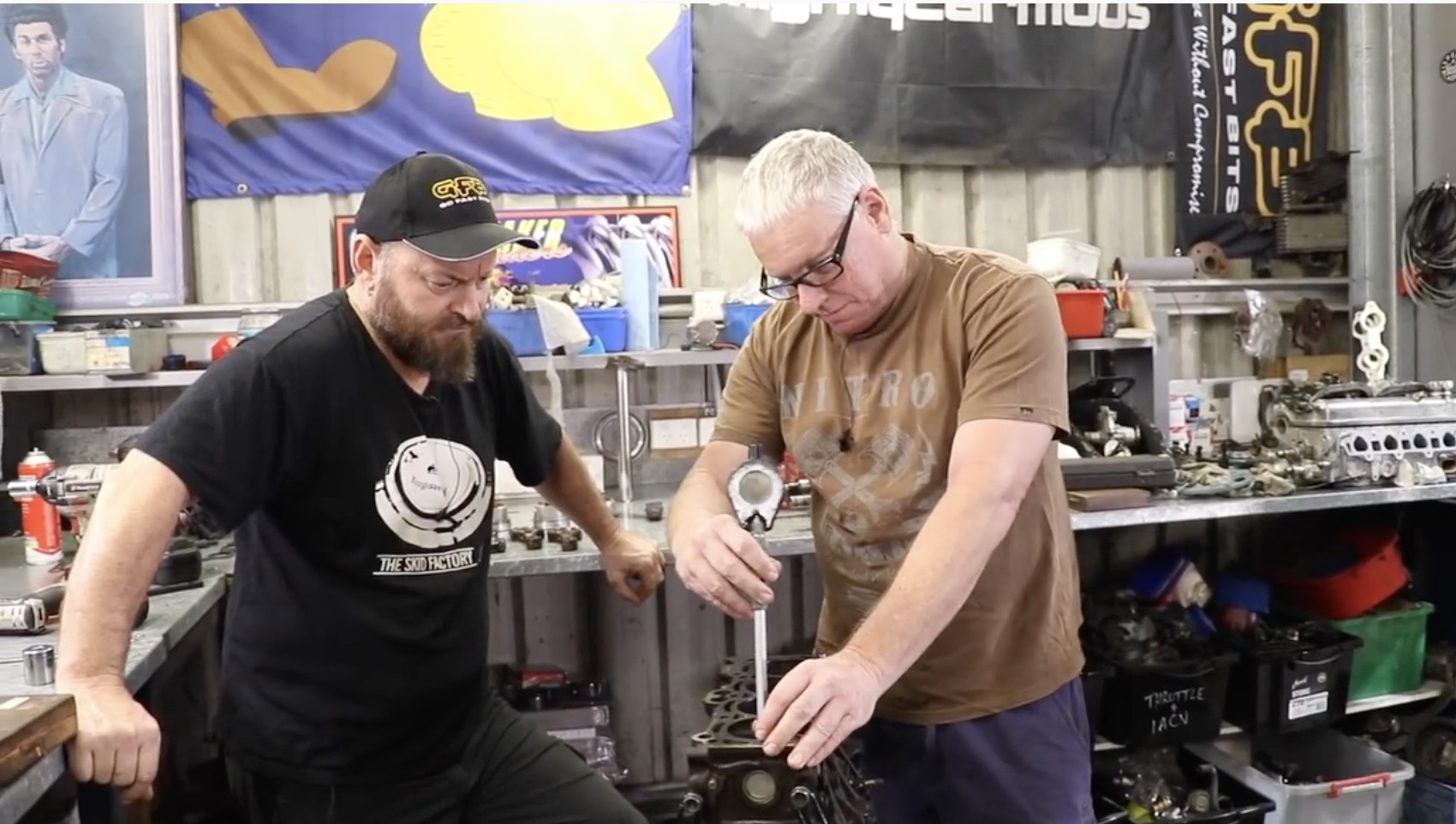 If you haven’t started breaking down an engine only to stop each and every item removed and wonder what caused your life to land at this point, you don’t know what “fun” can truly be. Under the grimy valve cover is old sludge that’s going to take a minute to clean. Pulling the heads reveals passages so coked-up with carbon you wonder how the damn thing ran at all, and when you go for the rotating assembly with the hope that surely to God that can’t be that bad, you walk away afterwards wondering if tonight is the night you re-evaluate your alcohol tolerance in the hopes that the past few hours can be erased from the hard drive permanently.

In the first episode of The Skid Factory’s first-gen Toyota MR2 rebuild program, it’s amazing that the drinking didn’t start there. And no, a “lemon squash” isn’t an alcoholic drink. At least, not that the Internet could find me, anyways. Instead, what was found was that the four-cylinder in the two-seat Toyota had the same midget banging away as my 1994 Camaro Z28 did during the first King of the Heap event. Happily, this block isn’t windowed, but things aren’t right. But there’s a second engine in the shop and together, there has to be one useful one in the making, right? Well…once you make enough carbon to create a living life form disappear from the heads and valves, and you clean everything until they look like they came off of the assembly line in the late 1980s, sure. And since that block is going to be used, it might be time to do some micro-level measuring to make sure that everything is still in-round after the engine was ran with one rod bearing set more-or-less missing in action!

Watch The Mighty March 717 Roar Up The Hill At Goodwood - 537ci Of Injected Big Block Powered Slipper! Night At The Museum, Part 1: Leaving A Hoonigan Inside Of The Petersen Museum!