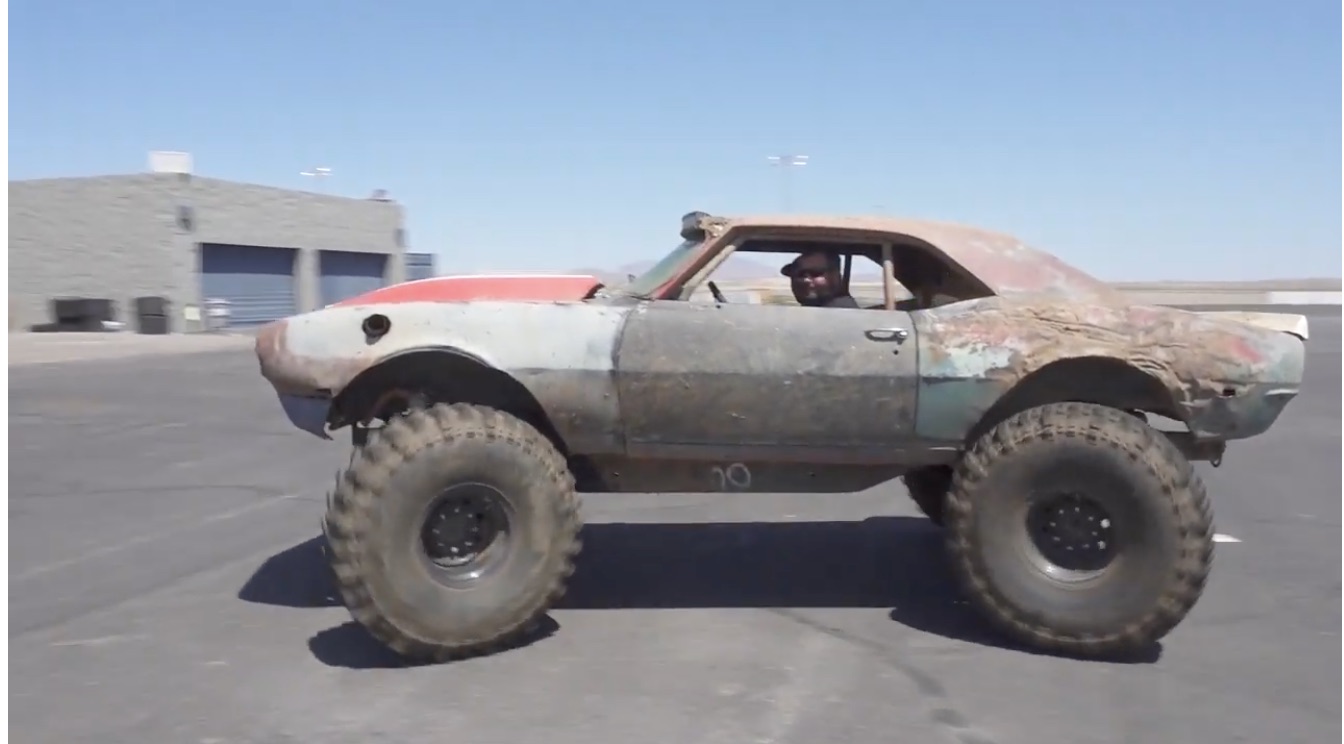 Chopped-up first-gen Camaro, check. LS swap, check. Mud tires on a Camaro trar that has the words “The Honky Donk” across the spoiler, check. Cue up the hate mail, today’s the day. It’s the unholy union of HMMWV components, parts from derelict early Camaros, the look that’s straight-up stolen from the last Mad Max movie, and an owner who will kick the hell out of it at will because that’s exactly what he wanted to do with it. And for a trump card, it’s got rear-steer, so you can do four-wheel donuts that will shame an Evo or a Subaru. And just to ice the cake of “WTF” here, there’s nitrous. Good God, it’s glorious.

At first sight, you might assume the worst about the car and the owner and move on, but follow along with Larry Chen as he goes over this creation from tip to tail. The combination is actually pretty genius and there’s plenty of footage proving that everything works as it should, both in the mud, where it’s originally designed to be, and in a burnout box ripping tight circles at the loudest possible volume.

The only thing missing are spears, shirtless albinos with silver-painted mouths, and one pissed-off Australian nearby.

Unknown Parts Counter Guy: Plenty Of Room For Innuendo In The Back! Unhinged: There Will Be No Motorcycles Racing The 2020 Pikes Peak International Hill Climb

4 thoughts on “The “WTF?!” Files: A Violent Mud-Bogging Camaro/HMMWV Hybrid”